DR MAX PEMBERTON: Is your fitness tracker making you ill?

DR MAX PEMBERTON: Is your fitness tracker making you ill?

A central belief of the modern world is that the more data we have about something, the better. Data helps us interpret, understand and predict the world. At least, that’s the theory. I’ve never been convinced by this.

Whole departments in the NHS have sprung up over recent years to number-crunch and analyse, harvesting vast amounts of data in the belief that it holds the answer to all the health service’s problems. Has it made the NHS more efficient? Has it made patients better off? Of course not. It’s just created more apparatchiks, more paper-pushers, and more people to harvest and process the reams of numbers.

It’s clear that, whatever we might be told by government departments or tech giants, more data isn’t always a good thing. Sometimes, it’s a distraction and sometimes it can even be counterproductive.

Take, for example, smart devices. These were heralded as being gateways to understanding our bodies. They can generate unparalleled amounts of data about every physiological function. They can give us the kind of information that, a decade ago, even doctors didn’t have access to. 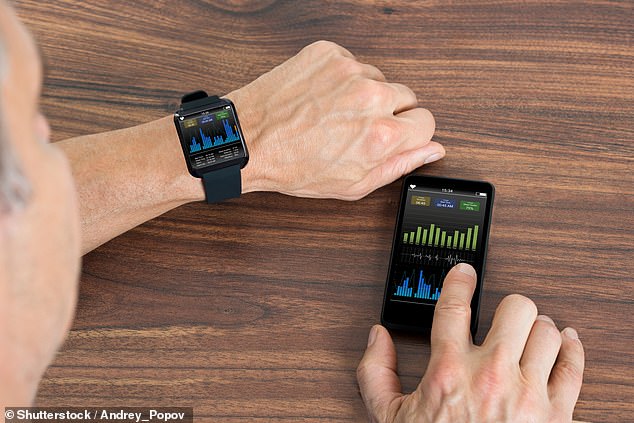 They can provide us with not just intimate details of our bodily functions, but minute-by-minute, or even second-by-second, updates and information.

There’s no doubt that some things have been useful.

During the pandemic, many of my patients in the eating disorder unit where I worked bought hand-held cardiac devices that linked to their phone. This meant they didn’t have to come in for an ECG (heart tracing) when they were shielding. But the key difference is that the results, however achieved, were analysed by an expert — it was data for me to see and interpret.

It’s the same with continuous glucose monitoring. A small device is permanently attached to someone’s arm with tiny probes that penetrate the skin to test the glucose in someone’s blood. This is relayed to their phone and can tell them precise and detailed information about how much insulin they need. But doctors are in the best position to interpret this data.

The problem with many of these advances is that it’s the individual that is left to decipher them.

It has been rumoured that Apple’s next generation of smartwatches, due to be announced in the coming weeks, may include a thermometer to help with fertility planning.

Is this a good thing? I imagine those hoping to get pregnant will consider it a vital tool. 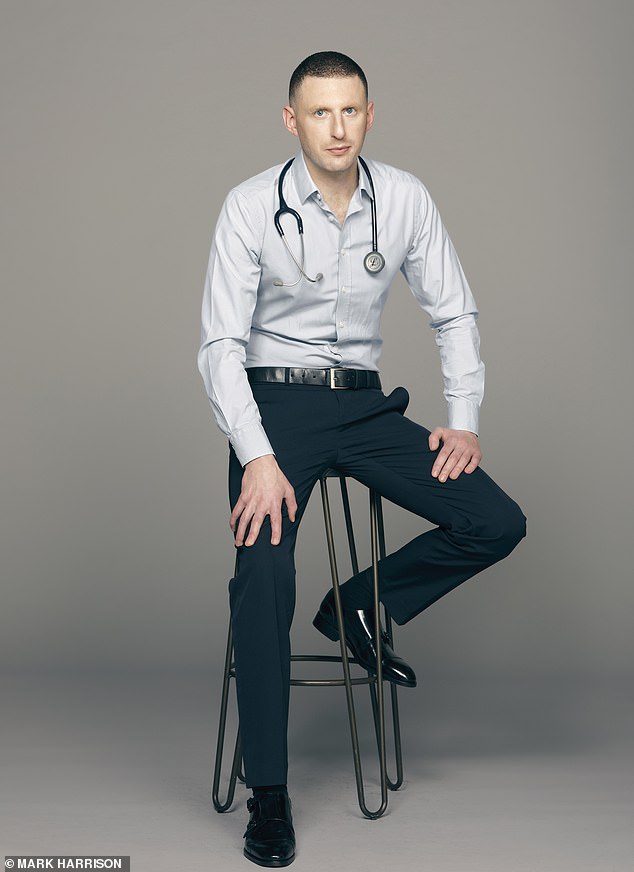 Dr Max Pemberton (pictured) said if you genuinely do have a sleep problem, then monitoring it runs the risk of exacerbating

But I’m not so sure. This constant monitoring and surveillance of our health isn’t necessarily healthy. In fact, many doctors worry that many of these health gadgets and apps are of little benefit and ironically might make things worse. Sleep apps have been blamed for giving people insomnia because they make people so worried they can’t sleep, for example.

Many are targeted at the ‘worried well’ — those without symptoms but who labour under the misapprehension that if they monitor a function, then it might somehow improve things.

Yet sleep experts have explained that if you are falling asleep normally and don’t have symptoms, then there is absolutely no reason to use a sleep app. The concern is if people do, they start to become more preoccupied with their sleep patterns and this, in turn, interferes with getting a good night’s sleep.

Conversely, if you genuinely do have a sleep problem, then monitoring it runs the risk of exacerbating it. In fact, part of the treatment for disorders is to try to get the sufferer to think less about their sleep, not more.

It’s a similar story with apps and devices that are used to track the menstrual cycle and ovulation to help couples trying to conceive. There are now concerns that the anxiety and worry they create can have a counterproductive effect on people’s ability to conceive because they raise stress hormones, which in turn affect fertility.

I’ve seen this a few times with couples who have been so desperate to conceive that the stress has almost resulted in them separating. When they finally throw in the towel and give up trying, boom, she becomes pregnant.

Health anxiety is the nation’s new epidemic, fuelled in part by these apps and gadgets. Weight and fitness apps have been blamed for increasing people’s worries about their weight, making them unnecessarily preoccupied with their diet, which fuels eating disorders.

Could it be that our obsession with gathering more and more data about ourselves in a bid to improve our health is actually doing the opposite?

All care home staff must be fully vaccinated from November 11.

I’m a full supporter of this policy and although it’s going to mean a difficult time in the short term, and even possibly a small number of carers leaving the profession, we absolutely cannot have staff who aren’t vaccinated.

This is no different from our expectations on doctors and nurses who can’t step on a ward until they prove they have a host of vaccinations. The real scandal is that this hasn’t routinely been the case for care workers.

Yes, kids have rights but they need discipline too 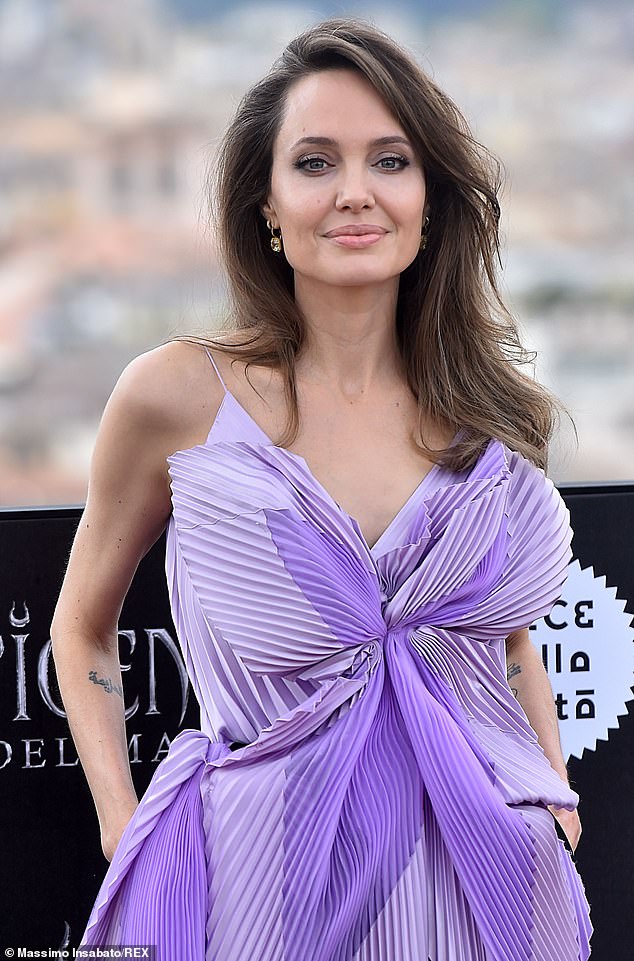 Angelina Jolie has helped write a children’s book in collaboration with Amnesty International about children’s rights, called Know Your Rights And Claim Them. It’s a laudable aim — to educate children about human rights and galvanise them to stand up for injustice around the world. But I worry it’s part of the recent trend in western society of seeing children as equals to adults and treating them as such.

This means that rather than instructing children, disciplining them and insisting they do things they may not like but which an adult knows are for their best, children are allowed free rein.

I look at children now — defiant, disobedient and unruly — and listen to their poor, beleaguered parents nobly trying in vain to negotiate with them as though the child is an adult. It seems so unfair.

But hang on, can this really be true? Nearly half have been bullied? That’s an astonishing number. I’m not belittling the impact of bullying. My issue with statistics like these is that they stretch the definition of bullying so far as to make it meaningless and thereby belittle real, genuine bullying.

Being mean or making nasty comments is upsetting but not bullying, which is sustained, targeted and repetitive abuse by a more powerful person towards a less powerful target.

There seems to be a need to label everything that is even slightly unpleasant, rather than seeing it as part of life and something to be endured, worked through or negotiated. 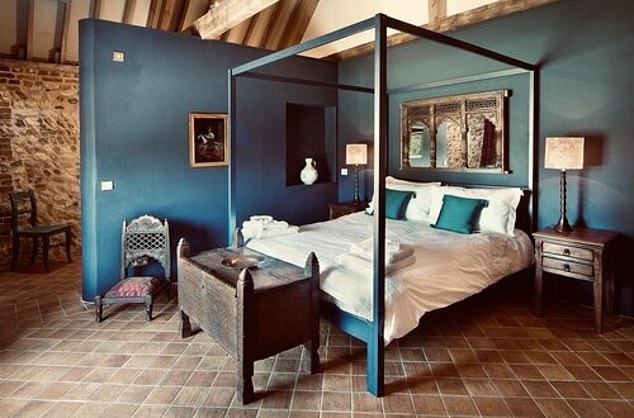 Dr Max said a three-day retreat on the Norfolk coast is the perfect place to begin your recovery, if you’ve been betrayed in a relationship

If you’ve had your heart broken, you’ll know how awful emotional pain can be. This three-day retreat is for women who have been betrayed in a relationship and need somewhere to go to work through those feelings. Set on the beautiful Norfolk coast, it’s the perfect place to begin your recovery.