“Dancing with the Stars” pro Gleb Savchenko has been getting flirty with his on-screen partner Chrishell Stause amid his split from his wife, Page Six has exclusively learned.

Elena Samodanova, 36, announced that she and Savchenko were parting ways on social media on Friday. They got married in 2006 and share two children together, daughters Olivia and Zlata. 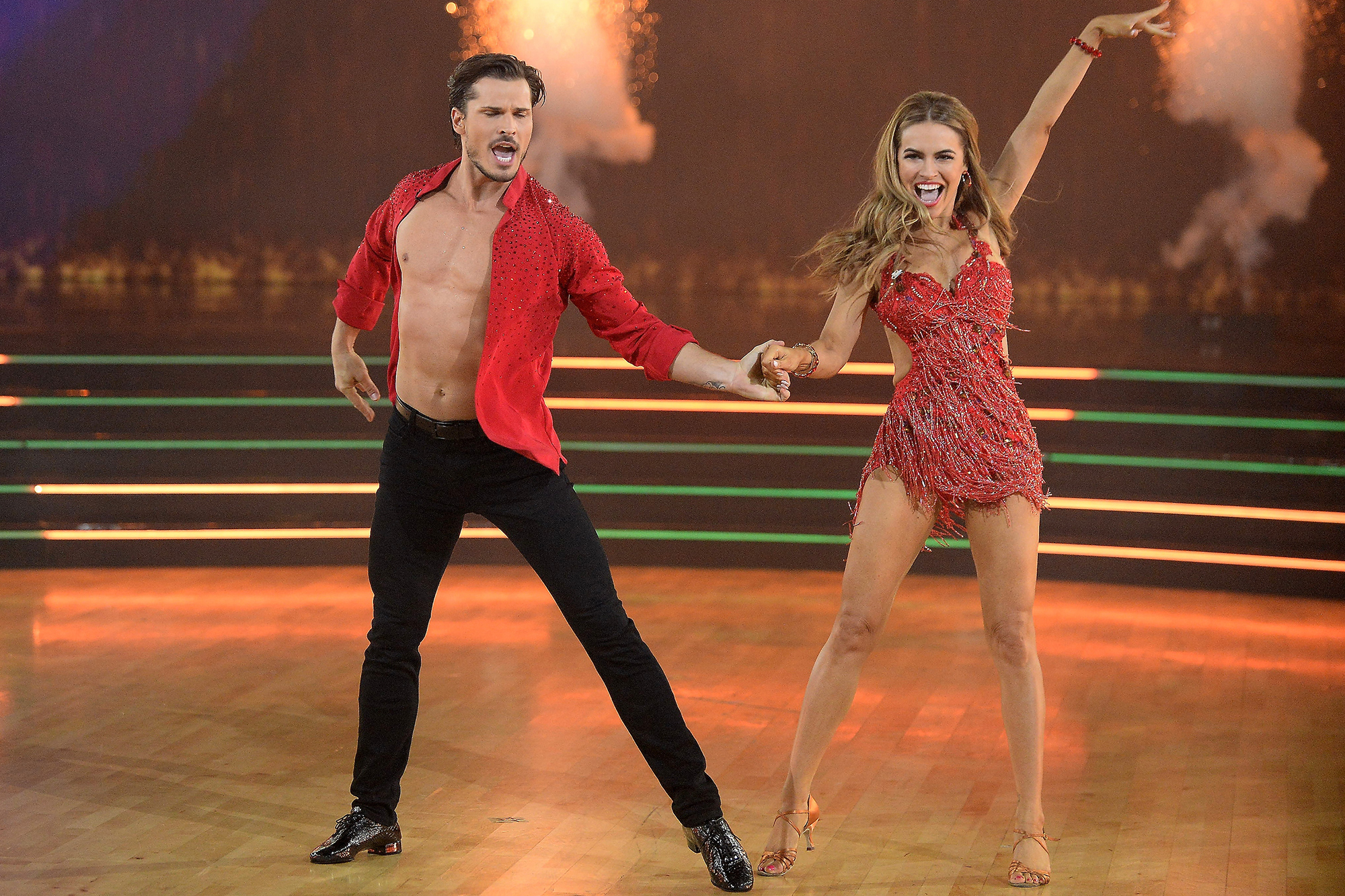 “After 14 years of marriage with my deepest sadness out road is coming to the end,” she wrote on her Instagram Story, also posting to her feed, “i don’t hate you. i’m just disappointed you turned into everything you said you’d never be.”

Savchenko later posted to his Instagram, “It is with a heavy heart that I tell you my wife and I are parting ways after 14 years of marriage. We still intend to co-parent our wonderful children together who we love so dearly, and we will strive to continue to be the best parents that we can to them.”

But a source told Page Six that Savchenko, 37, and Stause, 39, who made it to week eight together on “DWTS” before they were eliminated, were the talk of the set and that they had a big fight a few weeks ago.

We’re also told the “Selling Sunset” star was so upset she couldn’t do press after the show and that the fight resulted in Savchenko sending Stause flowers.

Meanwhile, Stause’s estranged husband “This Is Us” star Justin Hartley, filed for divorce in November 2019 after two years of marriage.

Stause claims that Hartley, 43, broke up with her via text message.

“I know people are saying we were only married two years, but it’s like, we were together for six years … in a fight, that’s his go-to, you know? Like, ‘I’m out, I’m out.’ I hate that kind of impulsive stuff, but I always just thought, you know, that’s just an issue that we work through it,” she said in an episode of her Netflix show at the time.

“If that’s really what you wanted, there are better ways to go about [it],” she continued. “I talked to him right after cause I thought that must be a joke, but that was kind of the end of the communication. What am I supposed to say? What do you say after that? It’s like, now I have to find a place to live. Now I have to scramble and figure this out, you know?”

Savchenko’s rep declined to comment and Stause’s rep did not immediately respond to our request for comment.

END_OF_DOCUMENT_TOKEN_TO_BE_REPLACED

END_OF_DOCUMENT_TOKEN_TO_BE_REPLACED
Recent Posts
We and our partners use cookies on this site to improve our service, perform analytics, personalize advertising, measure advertising performance, and remember website preferences.Ok