Commemorative coins are of great interest to a number of people and some may turn to the website eBay to find coins for their collection. One such coin is the unique Kew Gardens 50p, one of which sold this week for over £100. The piece sold on 12 June for £106.70, following a total of 11 bids. It was sold by eBay user “lazley123” who has been a longterm member on the auction site and has a 100 per cent positive feedback rate.

So how rare is it?

The unique Kew Gardens 50p was the most valuable coin last year, meaning it’s high in demand among many coin collectors.

It was first launched in 2009 to celebrate 250 years since London’s Kew Gardens opened its gates.

Only a small batch of 210,000 coins were released into circulation.

The Kew Gardens’ commemorative coin features the famous Chinese Pagoda at Kew with a decorative leafy vine twisting around it.

Designed by Christopher Le Brun RA, the coin is also engraved with the dates 1759 and 2009. 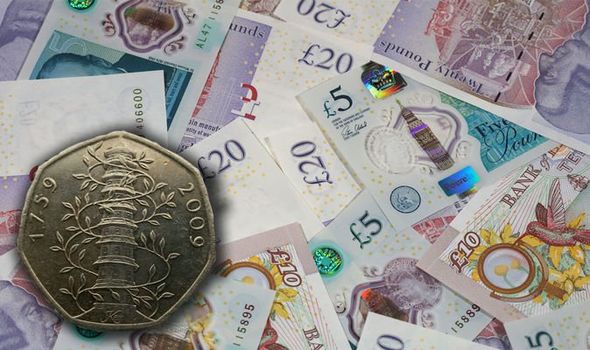 Originally, uncirculated versions of the coin were sold directly by the Royal Mint in special packaging.

Earlier this year however, The Royal Mint released a set of five carefully curated commemorative edition 50p coins, including the UK’s most sought-after Kew Gardens 50p.

Is it worth it?

In January, the Kew Gardens 50p coin was valued at roughly £97.00 on Change Checker’s scarcity index.

However, since then, the coin has seen an increase of roughly £5 on the secondary market. It’s currently selling for around £102 on eBay – more than 200 times its face value.

Many collectors were concerned that the 2019 re-issue of this 2009 coin would make it less collectable, but it seems the opposite has occurred and the renewed hype surrounding the UK’s rarest 50p has only led to an increase in the demand for the coin. 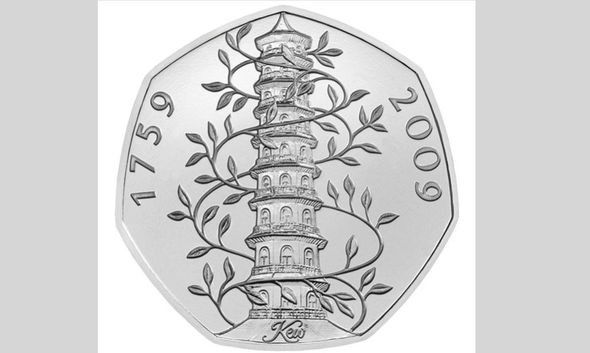 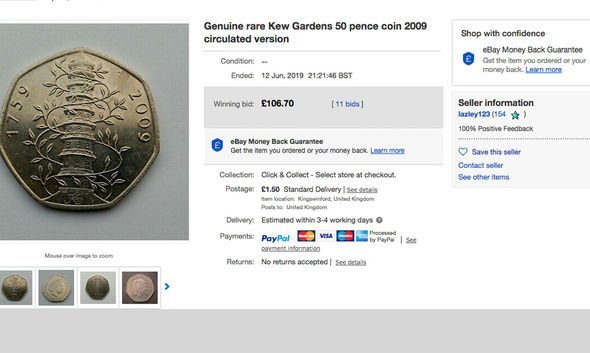 Speaking on the history of the 50p coin, the Royal Mint stated: “In October 1969 the 50p joined the 5p (shilling) and 10p (florin) coins in circulation, leaving only the three copper coins to be introduced on 15 February 1971 to complete the new series of decimal coins. The design on the reverse of the 50p coin featured a symbol of Britannia that has appeared on our coinage since 1672. While this design may have been traditional, the shape of the new 50p coin, an equilateral curve heptagon, was revolutionary.

“This made it easily distinguishable from round coins both by feel and by sight, while its constant breadth allowed it to roll in vending machines.With the introduction of smaller 5p and 10p coins in 1990 and 1992 respectively, the 50p became the largest coin in circulation. In October 1994 the Government announced a further review of the United Kingdom coinage.

“The results revealed a requirement for a smaller 50p coin, which was duly introduced on 1 September 1997. Since its issue, the 50p has been used on several occasions to celebrate important events, each being commemorated on a new reverse design.”