‘Emily in Paris’ Season 3 Makeup: Secrets From the Set 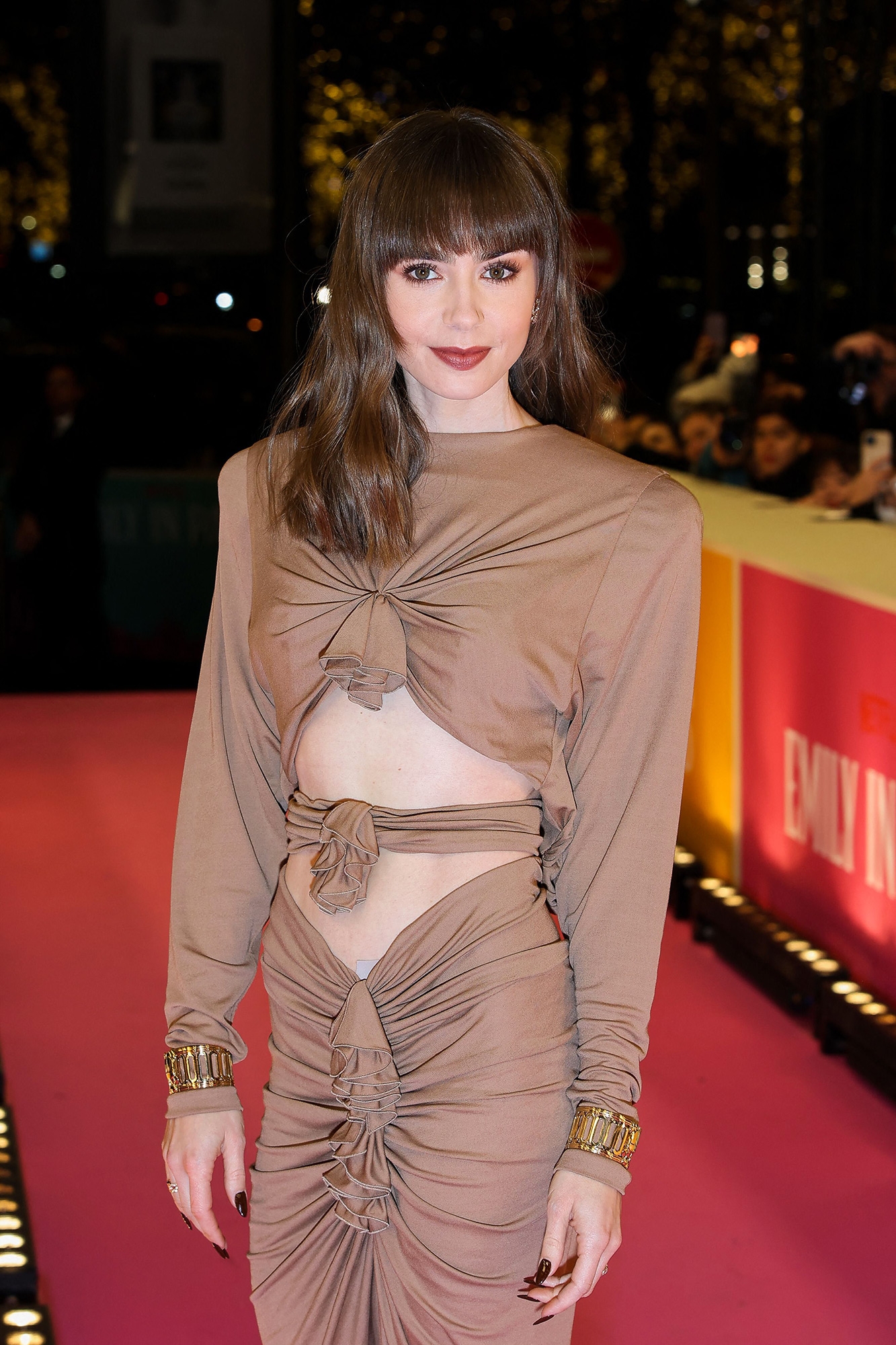 Ooh La La! Emily in Paris is back and while many things may be uncertain in the life of heroine Emily Cooper (played by Lily Collins), one thing is for sure — the American in Paris is looking more gorgeous than ever.

Ouch! Lily Collins Had to Go to the Foot Doctor ‘Every Week’ From Walking in Heels During ‘Emily in Paris’

What’s behind the marketing executive’s je ne sais quoi? Aurélie Payen, lead makeup artist for the Netflix romantic comedy (which dropped new episodes on December 21), sat down with Us to dish the backstory on the beauty in season 3.

Much like the character’s professional and personal life in the City of Light, Emily’s look has been a journey.

At the start of the series, Payen chose to focus on the lips. “The first season, she’s this young American girl who comes to Paris, she’s not settled yet. She wants to discover the city and she’s fresh, she’s beautiful… when she goes out, she puts on lipstick and that’s it,” the pro tells Us. Plus, “she has lots of things to say, she’s very vocal and I wanted to translate this part with the lips.”

In season 2, the character becomes more secure, she’s a bit more comfortable to experiment, Payen says. “It was more about playing with colors, eyeliners, lids and also lots of different lips, but with balm textures.”

That Red Dress! The Green Trench! The Most Jaw-Dropping Fashion Moments From ‘Emily in Paris’ Season 2

Fast forward to season 3, and during an existential crisis, Emily cuts her own bangs. While the move may have been impulsive, the result lends a decidedly French Girl chic to her overall aesthetic. “She wears it very well,” says Payen. 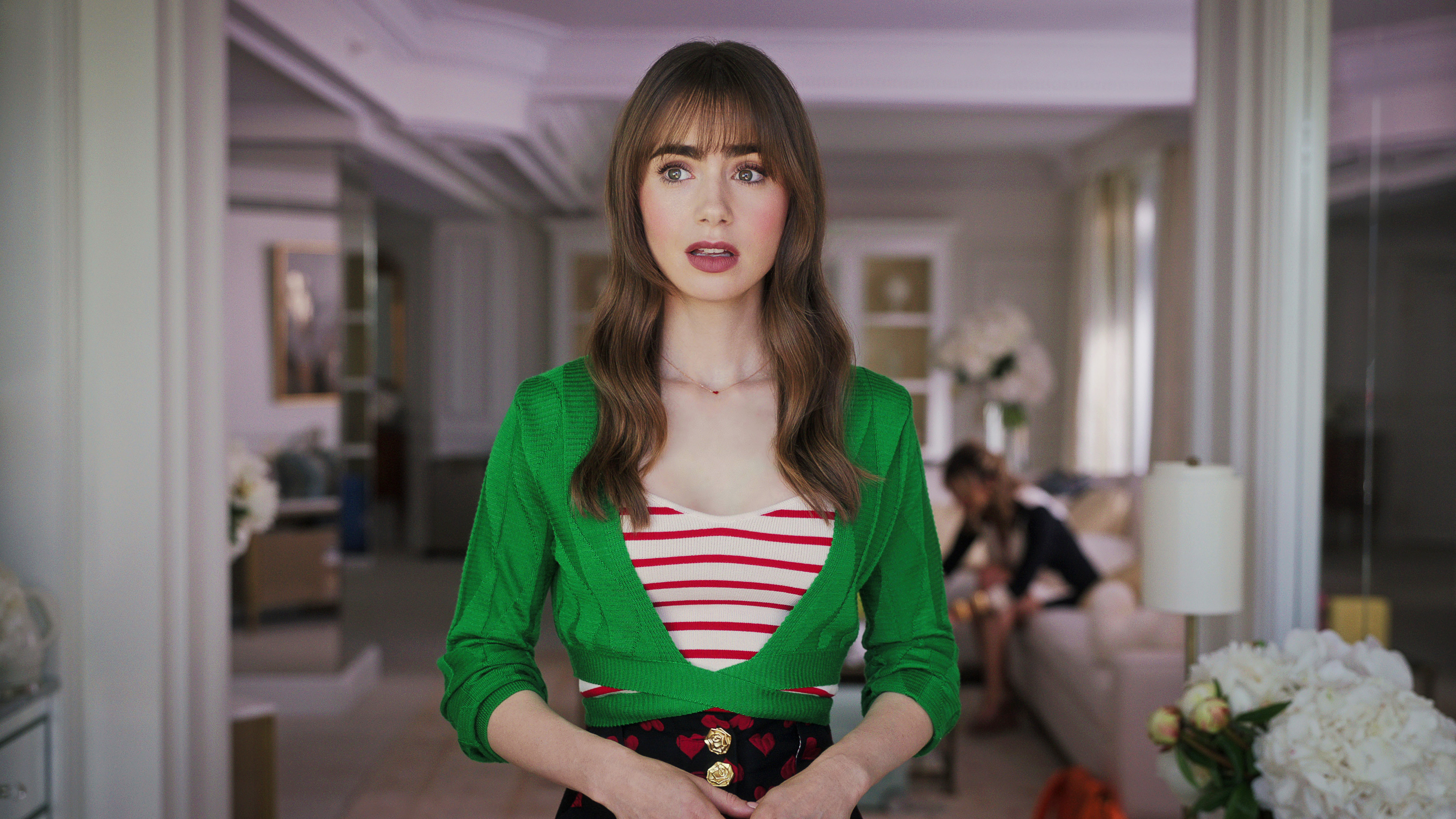 With fringe framing Emily’s eyes, a focus on lips became clear. But for the new season, Payen chose to go bold. “Why not play with red and lots of bright colors, orange, pink and even very strong brown hues,” she mused.

The powerful lips have major meaning, too. At this point in Emily’s journey, her voice is getting stronger. “She has lots of things to say and lots of things to deal with, caught in-between Madeline and Sylvie, who are the American and French opposite, but both strong, beautiful, bold women,” says the pro.

Of course, just as Emily has to meticulously plan for a presentation for, say, Pierre Cadeau, very specific preparation is necessary prior to makeup application on set.

The makeup pro tells Us she takes about thirty minutes to get Collins ready for the camera. Before glam (the 33-year-old star wears all products by Lancome on screen and IRL, bien sur), Payen softly sloughs lips with a wet washcloth, then uses a cool quartz roller to spur circulation, plumping the pout surface.

Since heavily pigmented lipstick can put the spotlight on the complexion, skin prep is key. The beauty guru swears by sheet masks to boost hydration. If time permits, she prefers using an LED red light mask. “It’s a very convenient way to brighten the skin quickly,” she says. (Emily must agree, as she can be seen wearing CurrentBody’s LED Mask in episode one of the new season!)

In fact, on set (and in life, one might conclude), “taking care of the skin is the most important thing to do,” Payen says. With the crew working twelve-hour days, sometimes wrapping late into Friday night and returning early Monday morning, exhaustion could wreak havoc on the complexion. But, “if you have a good skincare routine, applying makeup could take only ten minutes.”