Third time’s the charm? After Christina Haack posted and quickly deleted a photo of herself wearing a ring on her left hand, fans wondered if she’d gotten engaged to boyfriend Joshua Hall.

On Sunday, August 15, the Flip or Flop star, 38, shared a photo via Instagram that showed her posing with Hall and his mother on a boat. According to TMZ, there was also a large ring visible, but she quickly deleted the snap and replaced it with one where there was no ring. 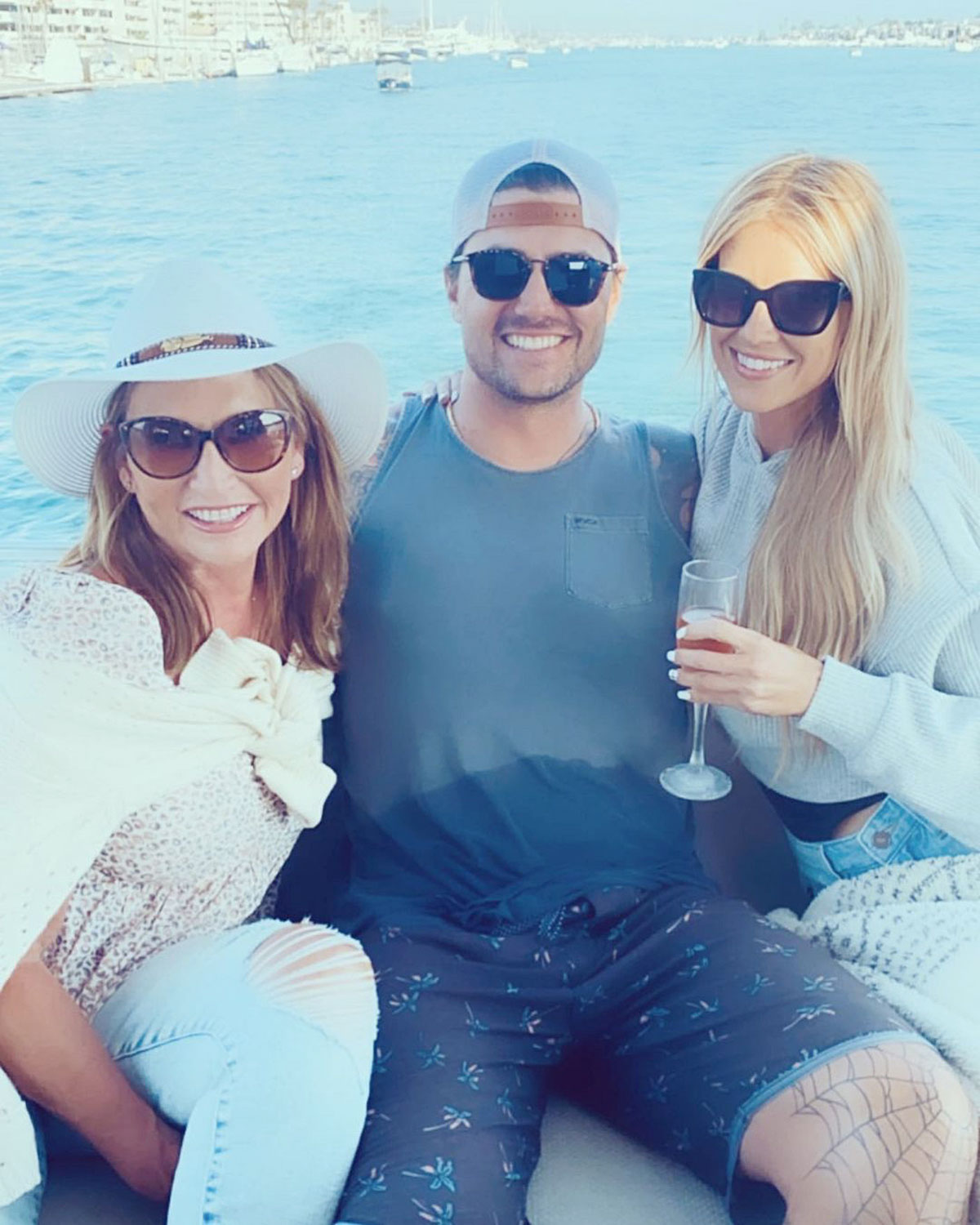 “Boat day with friends, my man and his pretty mama,” she captioned the new picture, on which she also disabled comments.

Last month, Us Weekly confirmed that Haack was moving on with Hall after finalizing her divorce from Ant Anstead in June. A source noted at the time that the duo “have been dating for a few months.”

Days after news of their romance broke, the twosome made their relationship Instagram official. “The most whimsical/romantic dinner,” the Christina on the Coast star wrote in July, alongside a photo of the couple drinking wine at an outdoor table.

The pair “briefly met a few years ago” at a real estate conference, an insider told Us last month, but they didn’t reconnect until 2021.

“I met Josh when I wasn’t in a state of fear or fight-or-flight,” the Wellness Remodel author wrote via Instagram in July. “The synchronicities hit us so hard and fast they were impossible to ignore. I felt immediately crazy protective over him and wanted to keep him for myself and get to know each other before the tornado (media attention) hit.”

Haack and Anstead, 42, announced their split in September 2020 after less than two years of marriage. “Ant and I have made the difficult decision to separate,” the HGTV star wrote via Instagram at the time. “We are grateful for each other and as always, our children will remain our priority. We appreciate your support and ask for privacy for us and our family as we navigate the future.”

As part of their divorce agreement, the pair will share custody of their son Hudson, 23 months. Haack also shares daughter Taylor, 10, and son Brayden, 5, with ex-husband Tarek El Moussa. (The Christina: Stronger by Design star and her Flip or Flop cohost, 39, were married from 2009 to 2018.)

Celebrity Exes Who Worked Together After the Breakup

Anstead host, for his part, has moved on with Renée Zellweger, whom he met while filming his new show Celebrity IOU Joyride. “Renée is already moving things into Ant’s house,” an insider told Us of the Oscar winner, 52, in July. “He adores her and makes her feel safe.”

That same month, Haack moved out of the Newport Beach, California home she shared with the Wheeler Dealers host during their marriage. She put the home on the market in April for $6 million and closed the sale two months later.