Home » Lifestyle » Extra £20 Universal Credit payment explained – who gets it and how is it claimed?

Extra £20 Universal Credit payment explained – who gets it and how is it claimed?

MILLIONS of vulnerable households have seen their Universal Credit payments boosted by £20 a week over the past year.

The Chancellor Rishi Sunak announced the benefit uplift, which is worth £1,040 a year, to help Britain's poorest families through the coronavirus crisis. 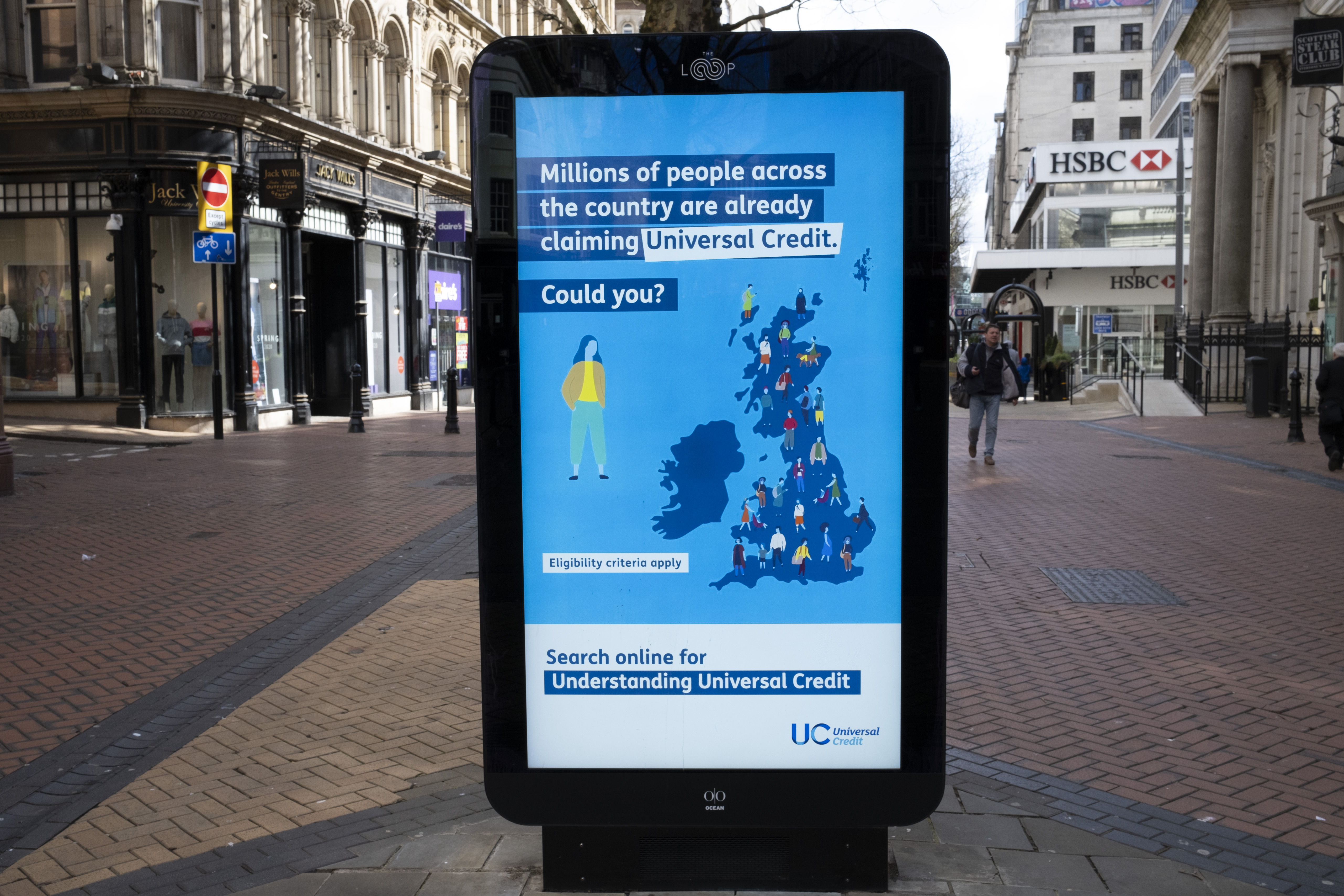 But the lifeline is due to end and will see payments slashed for everyone on Universal Credit from April.

Today, MPs have called on the Prime Minister to make sure the uplift remains or risk hundreds of thousands of Brits falling into poverty.

However, The Sun has reported that Mr Sunak may be considering an extension to the help for as long as the Covid restrictions remain in place.

It is believed he is holding out until the Budget in March before making a decision, although the government is yet to confirm any plans.

Campaign groups, such as Citizens Advice, Turn2Us and Stepchange, have warned removing the uplift would push thousands of families further into debt.

For now, we take you through everything you need to know about the benefits boost, from who gets it to how to claim it.

Who gets the extra £20 a week Universal Credit boost?

Everyone who claims Universal Credit gets the £20 a week uplift, regardless of what elements you are entitled to.

Your earnings and individual circumstances are not taken into account and new and old claimants can get it.

What to do if you have problems claiming Universal Credit

IF you’re experiencing trouble applying for your Universal Credit, or the payments just don’t cover costs, here are your options:

The extra cash has been added to the standard allowance element for all Universal Credit claimants since March, and can be viewed in their journal.

Because the benefit is paid out monthly, the amount of money added to the element is a month's worth, rather than a week.

This is then added onto the amount that you would normally receive for the standard element.

How much have my payments gone up by?

Everyone on Universal Credit is entitled to the standard element regardless of their circumstances.

But how much you get depends on whether you are a single or joint claimant and your age. 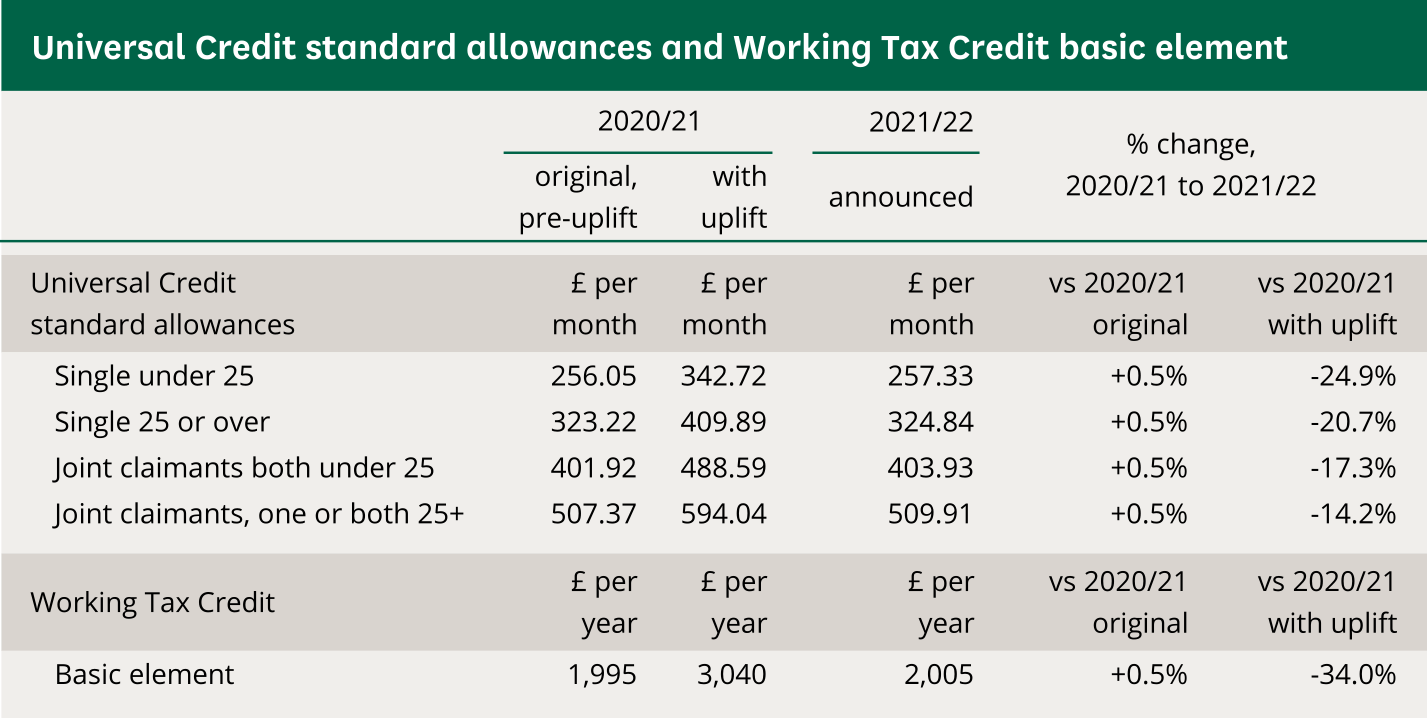 To check whether you have been receiving the increased amount, you can go back through your online journal every month until April 2020.

Is it affected by the benefits cap?

There is a limit to the amount of benefits any one person can receive.

While everyone who is affected by the benefit cap will still have received the £20 a week boost, it may not have had an impact on your overall monthly payments.

This is because you are already at the limit of how much state support you can claim.

Equally the increase may take you up to the cap, which also means you wouldn't see it.

However, people who have been able to earn over the benefits cap due to the government's nine month coronavirus grace period will have benefited from the increased monthly payments.

The amount which benefits are capped by depends on where you live and whether you are claiming as a single person or a couple.

The benefit cap outside Greater London is:

The benefit cap inside Greater London is:

If you're not sure that you are being paid correctly, you can raise your concern with your work coach on your online journal.

Alternatively, you can submit a formal complaint to the DWP.

How do you claim the benefit boost?

You don't need to make a claim for the benefit boost as it will have already been automatically applied to everyone on is on Universal Credit.

When does it end and will it continue?

The temporary uplift is due to end in April 2021, meaning the last increased payments claimants will receive will be in March 2021.

The Chancellor has repeatedly come under pressure from MPs, charities and campaigners to permanently extend the lifeline for millions of families.

It is reported that Mr Sunak does not want to make the £6billion uplift permanent.

He says it will cost the equivalent of a penny on income tax for 30 million Brits, and a 5p rise in fuel duty to fill the black hole in Britain’s battered finances.

But there are reasons to remain hopeful. Yesterday, The Sun reported how the boost is likely to stay while the Covid restrictions remain.

He is also reported to have considered easing the withdrawal pain with a one-off cash bonus of £500 but his allies reject reports it could rise to £1,000.

Mr Sunak is expected to announce a decision in the upcoming Budget on March 8.

If payments are cut, we've put together a round up of seven other ways to get help paying bills.

Universal Credit's tax on workers should be cut to help struggling Brits back into employment, a new think tank report has said.

Thousands of people claiming Universal Credit will be worse off this month because coronavirus exemptions from the benefit cap start to end.