Men and women are always thinking up unique ways to create the perfect marriage proposal.

But for one bloke, when he put a lot of thought into it – many people were not impressed.

A photo of the “magical moment” was shared by a Facebook user on the That’s It, I’m Ring Shaming group.

The picture shows a sparkling engagement ring placed on a cow’s udder.

“So the cow got engaged? I need answers”

Captioning the post, the anonymous woman wrote: “Shaming the ring and the whole photoshoot.

“The person is a farmer. Still doesn’t excuse his bad taste. And is this considered a nipple ring?

“If my eyeballs are forced to suffer through this nonsense I’m dragging everyone down with me.” 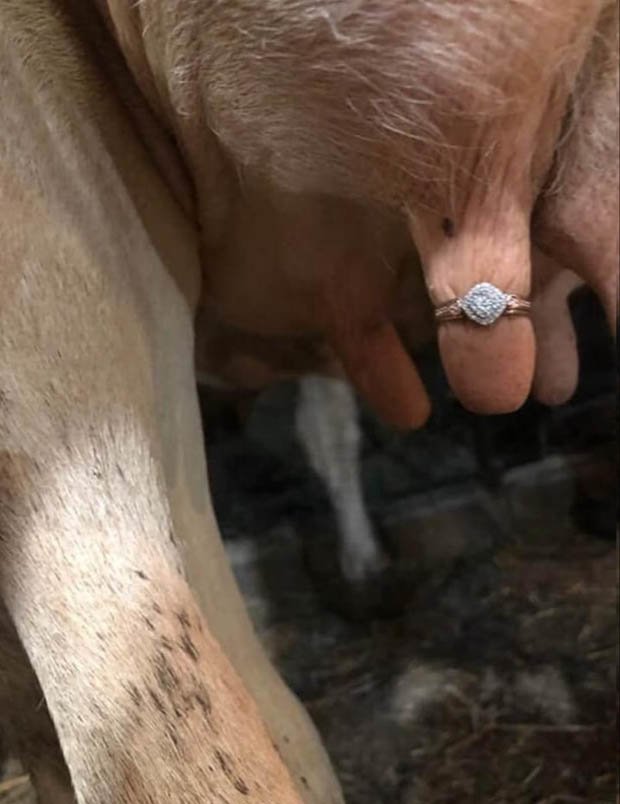 Another added: “So the cow got engaged? I need answers.”

A third commented: “I am udderly disgusted.”

While a fourth joked: “He’s really trying to milk the proposal.”

And a fifth joked: “This is UDDERLY terrible. Sorry had to go for it. But really this is gross.

“The ring is a mess of clusters and the band is too thick.

“Like the person thought how can I made this ring bigger without spending any more money.”

Meanwhile, other users expressed their concerns for the cow, with one writing: “This animal doesn’t deserve being abused in this fashion.” 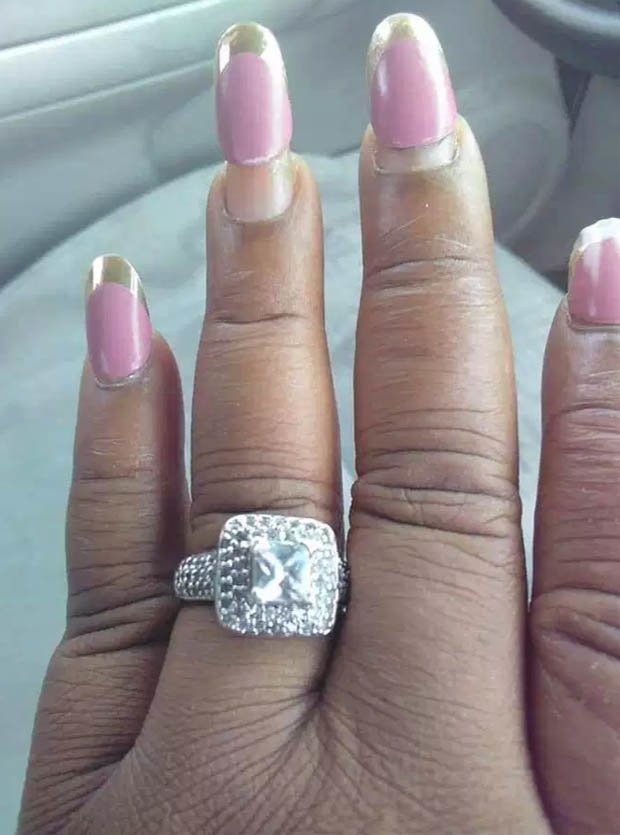 And this isn’t the first time a person has come under fire for sharing their engagement ring online.

Previously, Facebook users spotted something odd when a bride shared a photo of her engagement ring.

Instead of receiving compliments, the bride-to-be was blasted for uploading the image which showed off her badly manicured nails.

The image appears to show a huge diamond ring with the woman’s grown out acrylics.

END_OF_DOCUMENT_TOKEN_TO_BE_REPLACED

END_OF_DOCUMENT_TOKEN_TO_BE_REPLACED
Recent Posts
We and our partners use cookies on this site to improve our service, perform analytics, personalize advertising, measure advertising performance, and remember website preferences.Ok