When Kellie Brown launched her own flower business just two weeks after being made redundant from her high-flying fashion job, she had no idea it would grow into a $14 million floral empire selling 93,000 bouquets a year.

Ms Brown was working as a designer in Melbourne when she realised life at the top of the world’s most notoriously cutthroat industry wasn’t all she expected it to be.

‘It was a toxic environment – it certainly wasn’t what it said on the tin,’ she told Daily Mail Australia.

Ms Brown was laid off in 2015 and set off to combine her two greatest passions: fashion and flowers. 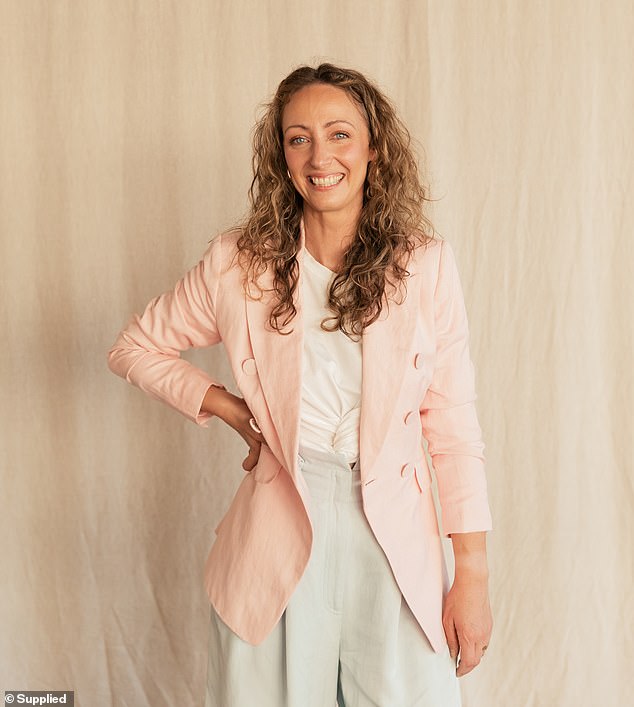 Ms Brown risked it all and took $10,000 she had saved for a house deposit to start a roving flower business called Fig and Bloom.

She spent the first year largely operating from the boot of her car by driving to the flower market, wrapping bunches, and hand-delivering about 4,000 of them to customers across Melbourne.

Ms Brown gained many of Fig and Bloom’s 17,300 Instagram followers in the first few months as the businesses’ launch cashed in on the rise of the social media platform.

She enticed fans with ornate arrangements in trendy shades which appeared to go against the trend.

‘At the time flowers were still very unsophisticated, you were still getting bright, primary colours wrapped up in daggy pink cellophane,’ Ms Brown said.

‘I just kept thinking, why is this industry not evolving, why can’t I design them in a different way and bring flowers into the 21st century?’ 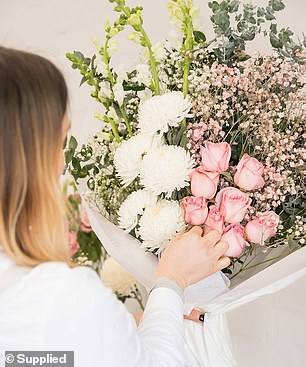 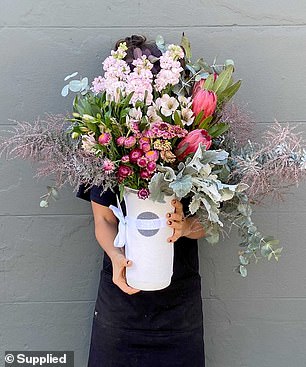 Ms Brown risked it all and took $10,000 she had saved for a house deposit to start the roving, subscription-based flower business

Ms Brown soon realised she would need more knowledge than she had if she wanted the business to grow.

She messaged leading floral design brands on Instagram, and found one in Manhattan and another in Brooklyn that offered her internships.

‘I literally swept the floors and asked questions,’ she recalled.

Ms Brown even trained with Queen Elizabeth’s principal florist Shane Connolly and attended a masterclass with him at the New York Flower School.

The experience led her to design Fig and Bloom’s arrangements around four key themes: pretty and pink, rustic, contemporary white, and bright and colourful. 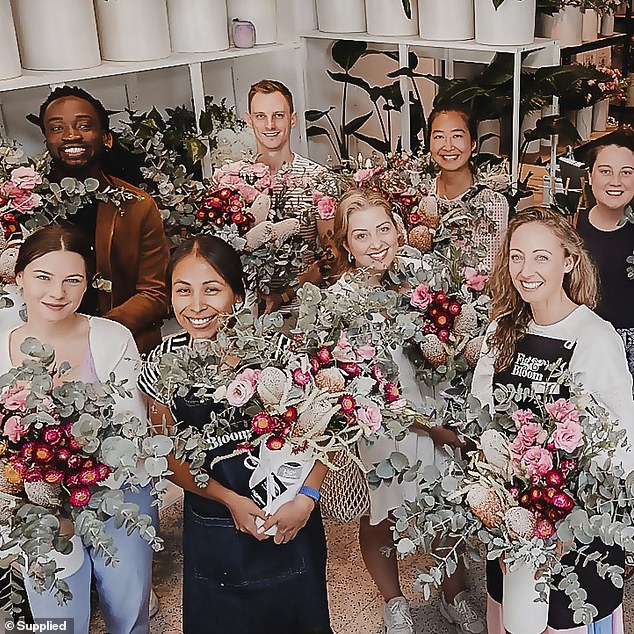 Kellie Brown (front row, right) now employs a team of 48 staff across three Australian states and is planning to expand

The four flower trends set to be big in 2022

One of the best-sellers is the Osaka design – a lavish creation inspired by Japan’s annual Cherry Blossom festival that features roses, chrysanthemum disbuds and gypsophila. It comes in four sizes with prices ranging from $100 to $360.

Ms Brown believes the design is popular because it is aspirational.

‘People love it because a lot of people tend to love Japan and what cherry blossoms represent,’ she said.

‘The country is still on people’s bucket lists which means it has longevity – it’s been in stock for years and it’s still one of our biggest sellers.’

While many businesses crumbled under the pressure of the pandemic, Fig and Bloom – and indeed the flower industry as a whole – has flourished.

Business has boomed since the Covid -19crisis began in March 2020, when Australia was plunged into lockdown and gifting became one of the only ways for people to connect with family and friends. 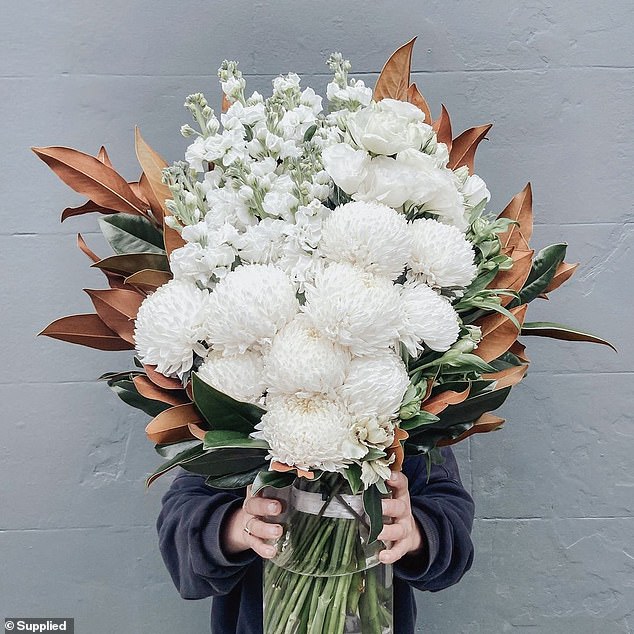 While many businesses crumbled under the pressure of the pandemic, Fig and Bloom – and indeed the flower industry as a whole – has flourished

‘It’s still a scary time, but back then it was crazy,’ Ms Brown said.

‘We went form receiving orders at a steady pace to being so inundated we had to shut down the website.

‘We had a full team but we had to double staff literally overnight.’

The business now employs a team of 48 staff across one physical store in Melbourne, a second in Sydney, and a third which has just opened in Brisbane, delivering to more than 900 locations along the East Coast.

Ms Brown’s designs have caught the attention of some of the world’s biggest brands and seen her work with leading names including Ferrari and Lexus.

She also counts Elton John a fan, after decking out his green room for both the Australian and New Zealand legs of his 2020 world tour.

The business is now on track to earn $14 million in revenue this financial year and Ms Brown is busy finalising an expansion which will see delivery areas broadened to include Adelaide, Canberra, Newcastle, and the Gold Coast.