THE value of Floki Inu has soared recently – but investors will be hoping for even more. 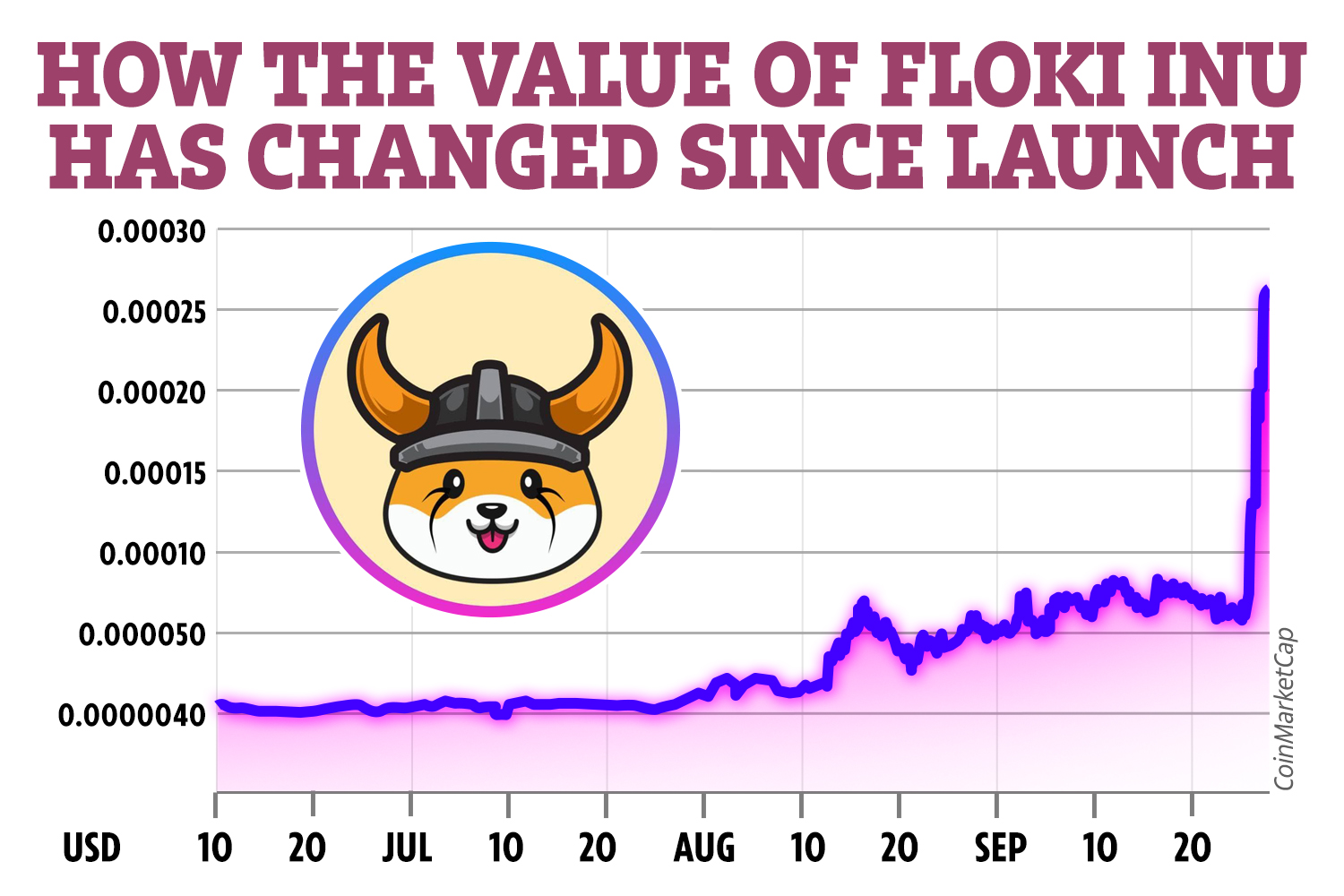 We explain how the price could change in future – and whether it could reach $0.10.

If you're looking to invest, you need to be aware that cryptocurrencies are highly volatile and their values can make large swings with no notice.

That's why it's important not to invest more than you can afford to lose or into anything you don't understand.

Newer cryptocurrencies are also riskier than more established ones, such as Bitcoin, and make you more open to scams.

Plus, there's scant regulation for crypto firms so you'll be without protection if things go wrong.

What is Floki Inu?

Floki Inu launched earlier this year and is a crypto coin by fans of Shiba Inu.

Shiba Inu was launched as an alternative to Dogecoin and also uses the dog as its logo.

According to its website, Floki Inu is inspired by Tesla founder Elon Musk’s very own Shiba Inu puppy.

It's been designed to be a deflationary token that rewards investors for holding.

Zak Killermann, fintech and crypto expert of Finder, told The Sun: “Floki Inu is looking to play on the success of other meme coins.

"Musk recently adopted a Shibu Inu which he named ‘Floki Frunkpuppy,’ which is the inspiration for the token’s naming."

How Floki Inu will change in value in future is impossible to know for certain, but crypto fans have still made predictions.

You'll need to take them with a pinch of salt though, as they're not guaranteed.

The cryptocurrency market is affected by a wide number of factors, including regulatory crackdowns, project launches and comments by high-profile individuals including Mr Musk.

In other words, if you're hoping for Floki Inu to hit $0.10, you'll likely be waiting a long time.

However, it's important to note that if Floki Inu's price soars further, price predictions will change.

Mr Killermann: “If the FLOKI project successfully manages to replicate the success of DOGE, it has the potential to pay off for investors; however, I’d strongly recommend investors approach with extreme caution.

“The price of Floki Inu did have a huge surge after a very successful marketing campaign that suggests Elon Musk is involved in the token, however given Musk is not actually connected to the token, Floki is unlikely to benefit from the ‘Musk tweet effect’ we’ve seen with DOGE and Shiba Inu token.

We round up five things you need to know about the Shiba Inu tokens.

Plus, here are a few things to note about Dogecoin.