Off to the races! Clayton Echard had connections with several of his contestants on night one of The Bachelor, but a few notable names stood out to the season 26 lead — and Bachelor Nation.

Gabby Dated Dean and Blake Before Clayton: 5 Things to Know

Rachel Recchia, for her part, was one of the ladies who kissed the 28-year-old Missouri native after her limo entrance on the Monday, January 3, premiere.

“Oh man, I mean, [she’s] absolutely incredible,” Clayton gushed exclusively to Us Weekly about the 25-year-old flight instructor on Tuesday, January 4. “I love the fact that she’s so driven. I mean, to be a pilot in training — that’s so unique. And I could tell, as we talked that first night, she was so passionate about her occupation. She was someone who, like, was very intentional.” 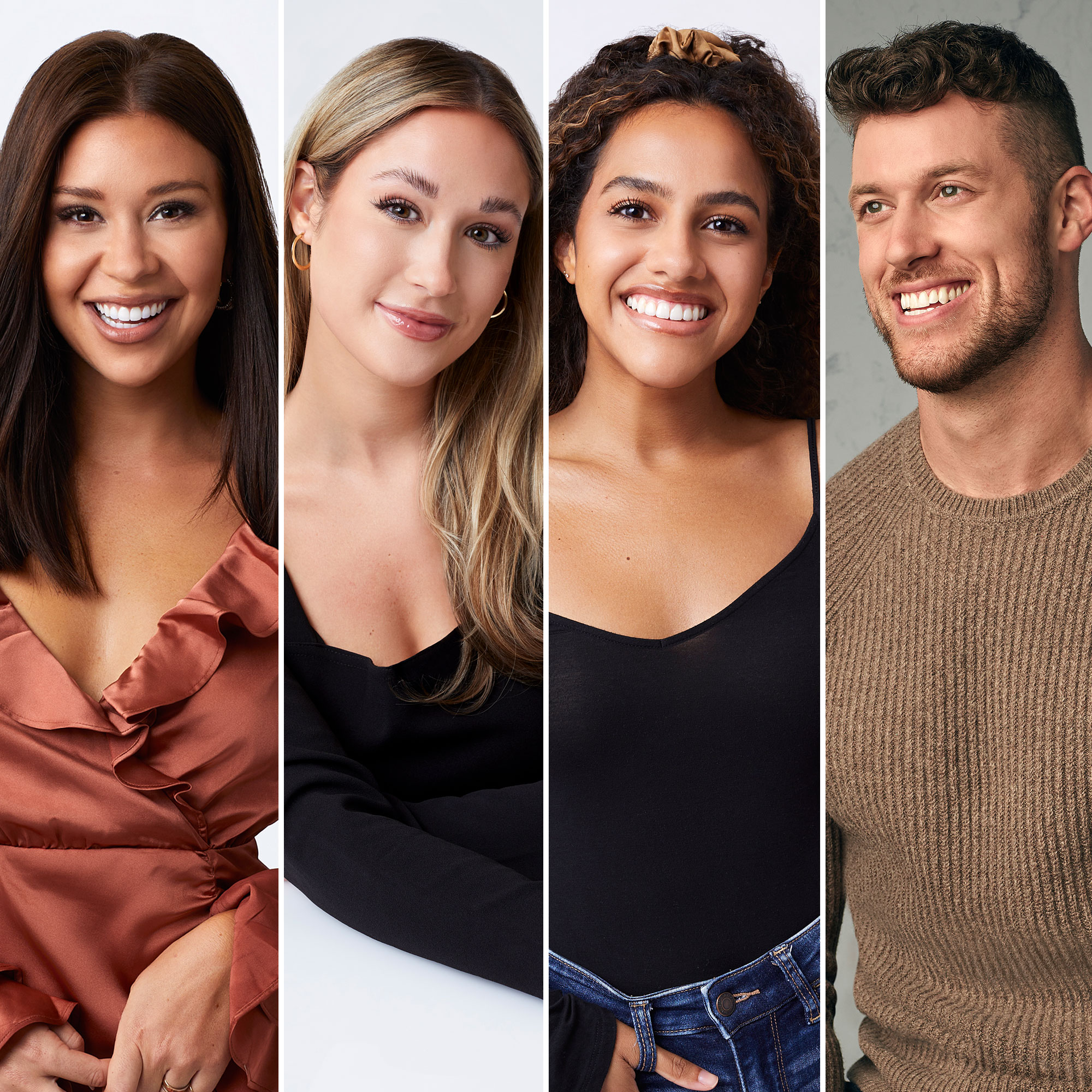 The former football player went on to call Rachel a “calming presence,” explaining, “When I spoke with her, [the] conversation wasn’t forced, it was very natural. That was one of those conversations night one where I walked out of there, along with other conversations I had, and I was like, ‘I’m already feeling good about these girls early on, like, where could we be at the end of all of it?’ This is great to see night one.”

“Right when she steps out, [she’s] incredibly beautiful. I loved her curls [and] just the way she carried herself. She was so sweet. I felt very much relaxed around her,” Clayton told Us, admitting he was “so nervous night one” — hence the spilled drinks and awkward laughter. “Later that night, it felt like it was a conversation I was having with someone that I had known for, you know, I was dating for a few months. It didn’t feel like a first night kind of conversation [with Teddi]. I really liked her a lot and everything that I saw, and it made it really very easy to give her the first impression rose.”

Meet the 31 Women Vying for Clayton

Another contestant who made waves was Gabby Windey. While Clayton noted it was a tie between the 30-year-old ICU nurse, who joked “I just want to sit on your face” after bringing a pillow with his face on it, and Marlena Wesh for his favorite limo arrival, Gabby’s pre-show life also made headlines as she dated Bachelorette alums Dean Unglert and Blake Horstmann in the past. 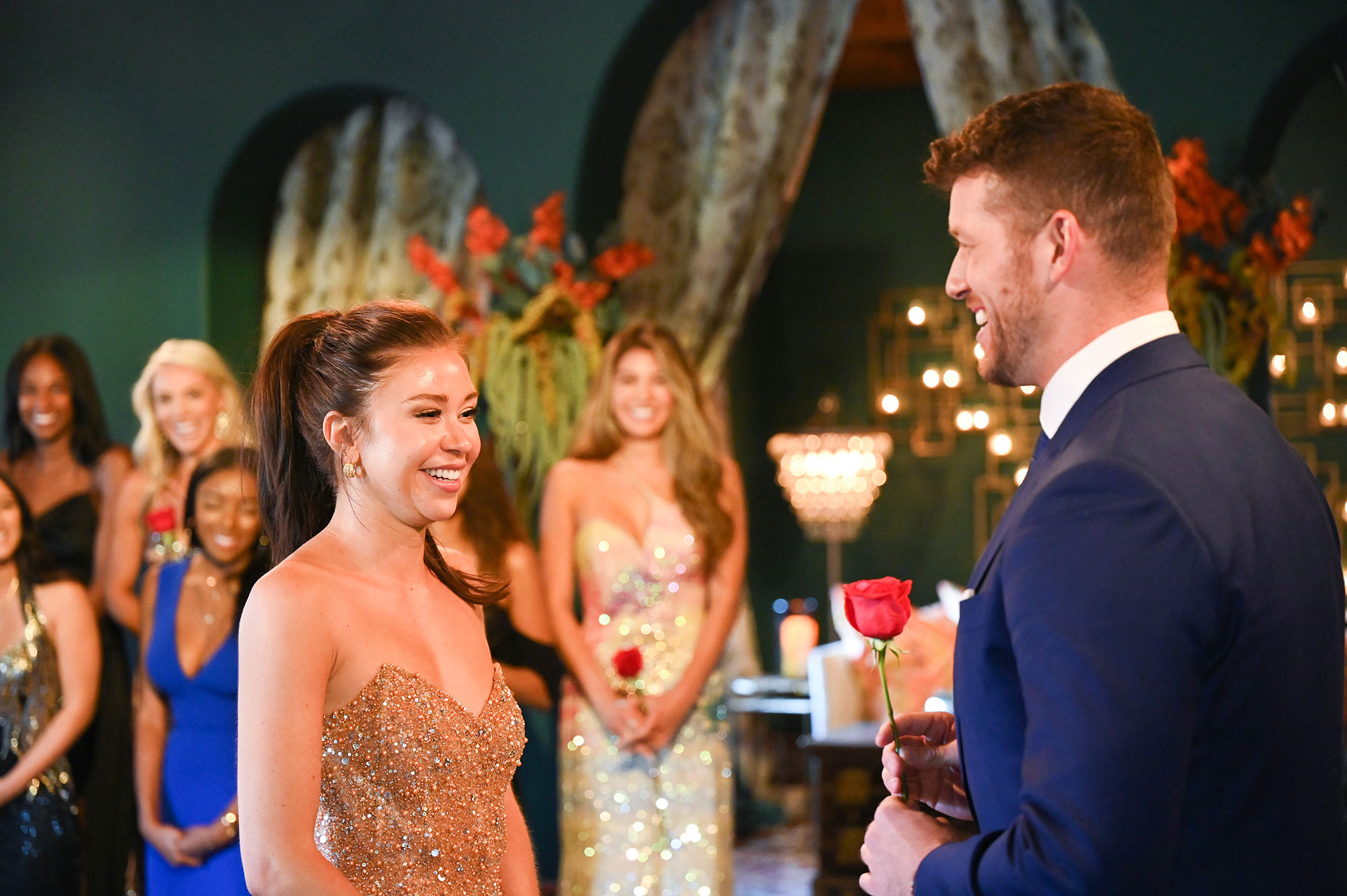 “I didn’t know all that until after the fact, but that doesn’t make a difference to me,” Clayton told Us of Gabby’s exes. “People know people, right? This is where you get the whole, like, ‘Oh, it’s a small world.’ So for her to know those guys, it doesn’t mean anything to me. But [Gabby] comes out the limo and she’s got the pillow and she makes that joke. And I’m like, ‘Are they gonna be able to air this?’ I don’t even know how to respond to it, so I just laughed nervously ‘cause I was like, ‘I don’t know what to say to this. My mom watches this, my grandma watches this!’ But a sense of humor is right up there with one of the top things I look for. And for that to be the first thing that she did — [and] she did with confidence, very bold. I think as people saw it in her intro package, like, she’s goofy and she’s someone to keep an eye on. She’s a lot of fun.”

The Bachelor airs on ABC Mondays at 8 p.m. ET.