Matthew Guy’s new chief of staff sharply criticised the direction of the Victorian Liberal Party and some of the Opposition Leader’s key policies in a speech weeks before his elevation to the key staffing role.

Nick McGowan, who was best man at Guy’s wedding, rebuked the party in his pitch to branch members before he was chosen as the top candidate for the north-eastern upper house region in late July. 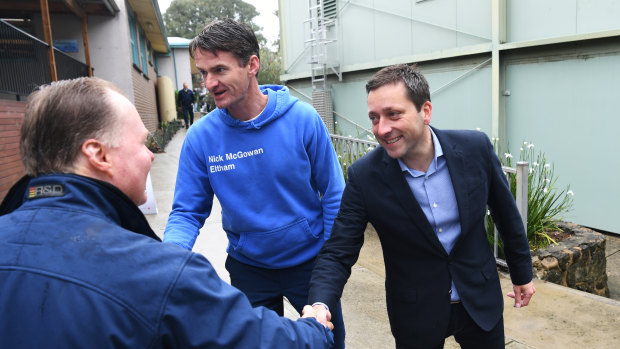 Four people who witnessed his speech and two who were briefed on it, all of whom spoke anonymously to satisfy party rules, said McGowan delivered an impressive and articulate off-the-cuff speech calling out the party’s shortcomings. He defeated Guardian columnist and oncologist Ranjana Srivastava and former federal MP Gladys Liu, among others.

The sources said McGowan expressed frustration that the opposition was not differentiating itself from state Labor. Without directly referencing Guy, he painted a picture of a meagre party with a deficient policy platform that would struggle to defeat Premier Daniel Andrews, the sources recalled.

McGowan singled out the Coalition’s pledge of 50 per cent emissions reduction by 2030 as an example of the misguided approach.

“It was generally very negative about where we’re heading,” one party source said. 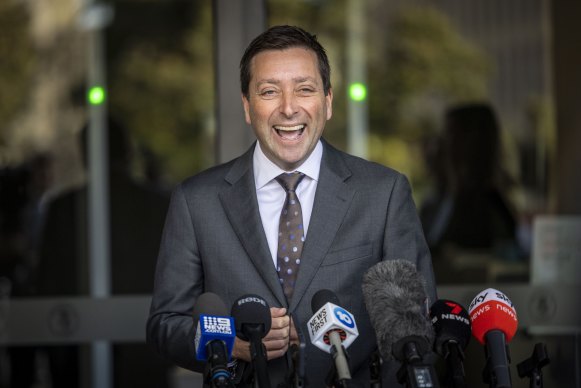 “He told me the reason he won was because he basically told the branch people what they wanted to hear by getting stuck into the policy and direction of the party,” one party figure said.

Party members are forced to turn off their phones at events to select candidates. Speeches are not recorded, making it impossible to report direct quotes from McGowan’s address.

McGowan was contacted by The Sunday Age, but declined to comment.

Last week, he was appointed Guy’s top adviser after the previous aide, Mitch Catlin, quit over revelations he sought $100,000 from a private donor.

McGowan’s selection surprised some MPs because laws disallow political staffers from campaigning during work hours, and also due to the cutting remarks about the parliamentary party during his speech.

It is not unusual for candidates to highlight a party’s flaws and offer prescriptions when seeking the support of branch members to run for Parliament.

However, McGowan’s comments create awkwardness given he now runs the office responsible, along with shadow ministers, for the policy and strategy he faulted. He gave his speech more than a week before the donor saga began, meaning he would not have foreseen his entrance into Guy’s office.

Labor and Liberal insiders contend the Andrews government has lost support, particularly in outer suburban areas, after years of pandemic restrictions and strain on health services. While some Liberals remain bullish about their ability to win seats, Guy is hampered by synchronous hurdles.

Inside his Parliamentary party, his leadership is being questioned by some MPs after two wasted weeks answering questions about the donor saga.

Within the broader Liberal organisation, many conservative branch members are angered at progressive policy positions on climate change and a treaty with Indigenous people, which were pursued by the Parliamentary team to help modernise the opposition but have alienated members who volunteer at election time.

It was this exasperation that McGowan – who was Guy’s chief of staff when he was planning minister and held UN peacekeeping roles in places such as Congo and Liberia – tapped into to win his preselection. Some MPs believe his grip of the party’s issues will improve the opposition’s fortunes ahead of the November election.

A gruelling fortnight for Guy, characterised by staff upheaval and tetchy media performances, has taken its toll on loyal Liberal branch members and candidates who quit their day jobs to campaign for a change of government.

“There have been people at functions in tears. They want Andrews gone, but they worry if the Liberals can do it,” one source said.

The preselection of anti-abortion and trans rights opponent Moira Deeming has created an ongoing sore. The Victorian Socialists have pledged to demonstrate against Deeming’s candidacy at upcoming party events. Last week, Guy left a fundraiser in Tarneit shortly after arriving and before he was due to make his speech. Sources said the arrival of protesters outside the venue prompted his departure.