Heres What Donald Trump Really Thought Of The Capitol Riot 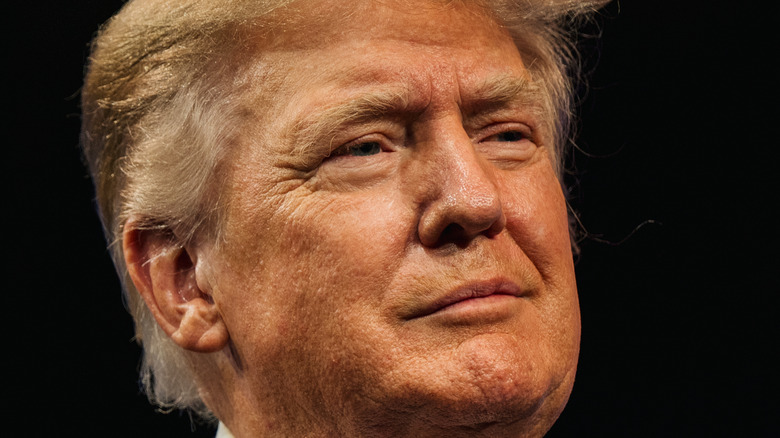 It was a day destined to be recorded in future history books: On January 6, 2021 — the day Congress was to certify Joe Biden as president — Donald Trump held a rally on the White House Ellipse called “Save America.” Standing by his belief that the election had been stolen from him, Trump called on his supporters to march to the Capitol and inspire Republicans to “take back our country” (via The Washington Post). Even before the speech ended, rioters were storming the Capitol. They climbed walls, broke windows, forced their way past barricades and police officers, posed gleefully in the Capitol building and Nancy Pelosi’s office, and sent terrified members of Congress into lockdown (via NBC News). When order was finally restored hours later, one protester had been shot and killed by police, and four other people had died of medical emergencies, including one police officer.

The insurrection did nothing to change the election results, but it did lead to a second impeachment for Trump on the charge of “high crimes and misdemeanors” for attempting to obstruct the democratic process. Most of all, it served to deepen the already serious divide between America’s two major political parties. In retrospect, what does Trump think of the events of that day? A newly released interview with the former president reveals all. 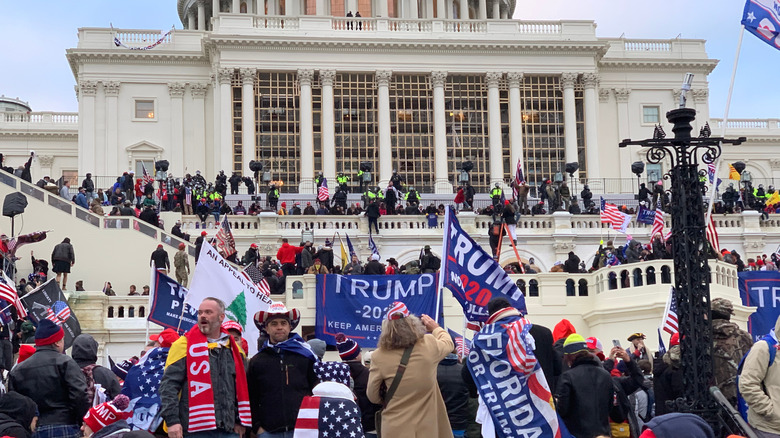 The latest issue of Vanity Fair features an excerpt from the new book “I Alone Can Fix It: Donald J. Trump’s Catastrophic Final Year,” by Carol Leonnig and Philip Rucker. The reporters met with the former president at his Mar-a-Lago resort in March 2021. After presenting them with a book detailing his major accomplishments of his term in office, Trump proceeded to speak about his continuing power and influence before discussing the events of two months prior.

The insurrection, he claimed, happened because his supporters were “very angry … They went down because of the election fraud. The one thing that nobody says is how many people were there, because if you look at that real crowd, the crowd for the speech, I’ll bet you it was over a million people.” Trump returned to the topic a number of times over the course of the interview. “Personally, what I wanted is what they wanted,” Trump said of the rioters. “They showed up just to show support because I happen to believe the election was rigged at a level like nothing has ever been rigged before. There’s tremendous proof.”

Trump brought up unproven “evidence” that the election had been rigged: undocumented immigrants being paid to vote; ballot boxes secretly stuffed; vote watchers being forced out of their posts. Noted the reporters: “This was one of the traits that had led Trump to the White House on full display: his extraordinary capacity to say things that were not true.”

Trump claims the rioters were 'loving' 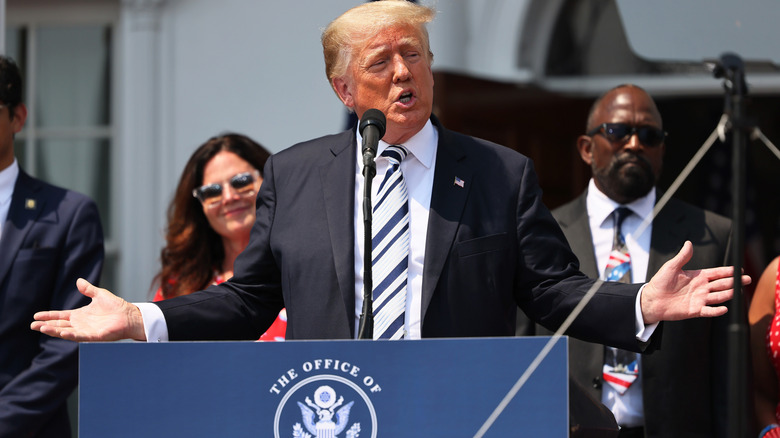 To hear Trump tell it, the events of January 6 were more like a family reunion than a violent protest. He called the protesters “a loving crowd,” repeating, “There was a lot of love. I’ve heard that from everybody. Many, many people have told me that was a loving crowd.” He allowed only that “it was too bad that they did that,” forgetting to explain what “that” was.

The former president added that he was hoping that his supporters would stay outside the building, but that the police on duty actually welcomed them in. “The Capitol Police were very friendly,” he insisted. “They were hugging and kissing. You don’t see that. There’s plenty of tape on that.” Trump failed to mention the numerous clashes the rioters had with the officers (some of which were captured on film by The Washington Post), during which the police were threatened, surrounded, and even dangerously crushed against a door.

In short, Donald Trump has no real regrets about the insurrection or his part in it. He’s also confident in his chances of reclaiming the presidency in 2024. He told the Vanity Fair team that in a hypothetical race between himself and a dream team of George Washington and Abraham Lincoln, “I think it would have been very hard for them to beat me.”