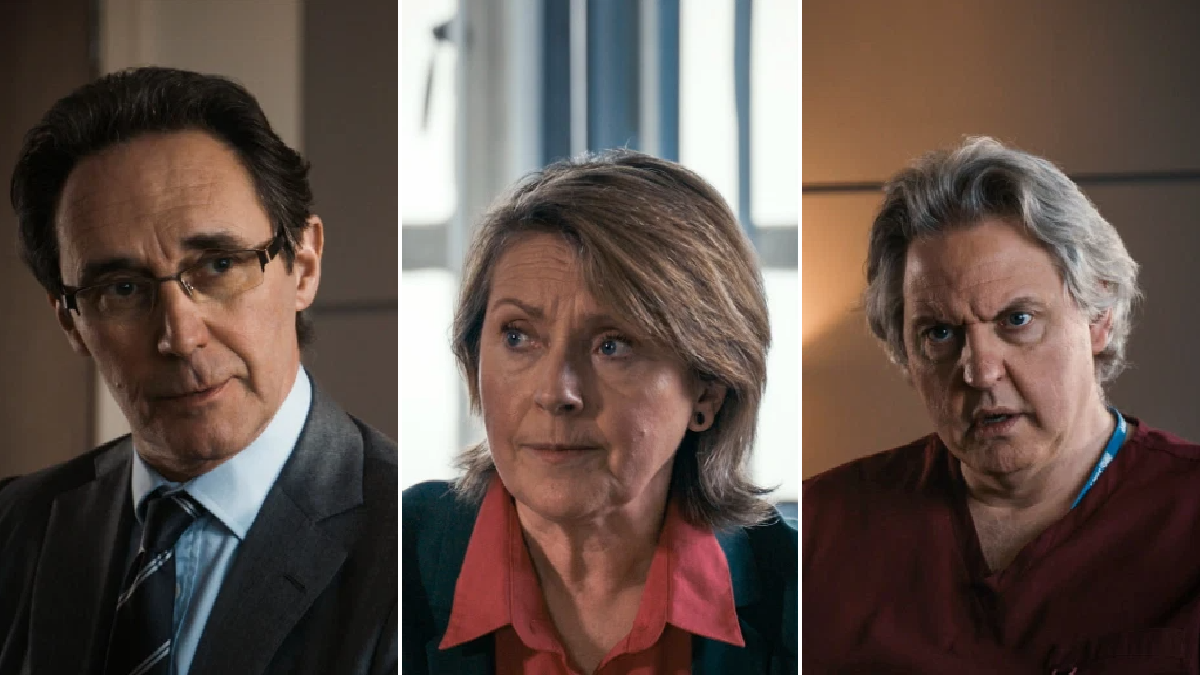 Holby City hospital is being inspected by the CQC tonight. ‘I’m sure you’ll find everything to your satisfaction,’ Max (Jo Martin) tells the inspectors as they descend on the hospital. What they find, of course, is a hospital in disarray with CEO Henrik Hanssen (Guy Henry) barely coping following the revelations of the abuse he suffered as a child and surgeon Kian Madani recently dead from a drugs overdose.

That’s even before they start digging further back to the reign of Killer Cameron and assorted other wrongdoings.

Having inspectors prying around every ward is bound to shine a spotlight on all sorts of things the staff members would rather keep hidden – particularly as one of the inspectors is Rory Lycett (Nicholas Shaw), who already knows a bit about Dominic. What else will the inspectors uncover? And what will it mean for the future of the hospital and the careers of some of its staff?

Meanwhile, Josh Hudson (Trieve Blackwood-Cambridge)’s mum Elaine is brought into AAU, and her presence reveals a lot of things that Ange (Dawn Steele) didn’t know about boyfriend Josh. It soon becomes clear that, while he’s told his mum about his feelings for Ange, he may have missed a few details out – like the age gap between them. What will Elaine make of Ange and what will it mean for Ange and Josh’s relationship – particularly when Ange worries that she’s really starting to feel her age?

As Jeni (Debra Stephenson) continues to drive a wedge between Evie (Phoebe French) and her dad Fletch (Alex Walkinshaw), she has other things to worry about when a patient recognises her. As Jeni faces having her secret life revealed, she takes drastic action which puts Evie right into the path of danger.

What has Jeni got Evie mixed up in?

And will Fletch realise that his girlfriend isn’t as nice as she seems before something terrible happens to his daughter?

And Louis (Tyler Luke Cunningham) is troubled when he finds out how Kylie (Amy Murphy) is earning extra money and resolves to help her.

Sue Haasler is the author of five novels and the official BBC Holby City book, which you can read about here.