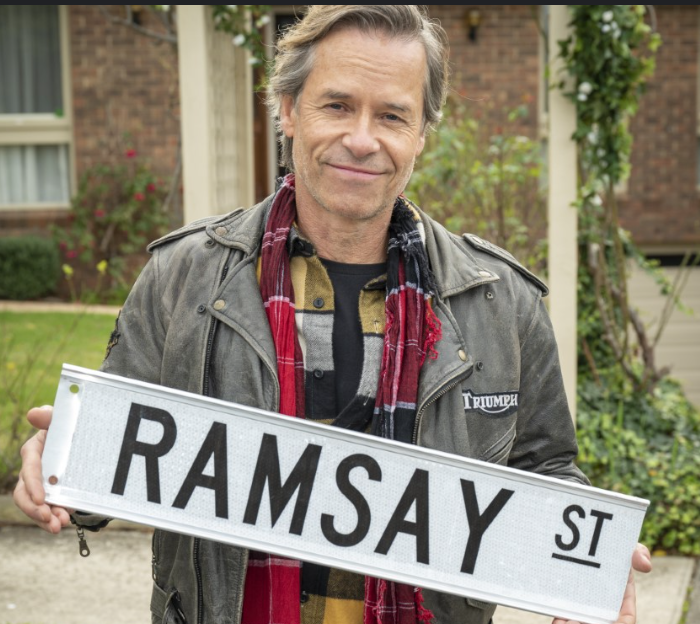 After weeks of speculation as to whether Australian acting royalty Guy Pearce would be joining the prestigious honour roll of Neighbours legends returning for the series’ finale on August 1, Metro.co.uk can finally confirm.

Mike Young is back on his old stomping ground, Ramsay Street.

Guy Pearce, said: “It is very exciting and surreal at the same time being back on set again, however it feels like coming home.

‘It’s where it all started for me professionally.  I’ve been asked to come back on occasions over the years and wondered if it was the right thing to do, but once I knew the show was finishing, I knew I had to do it.

‘While I’ve caught up with many of the cast I worked with on the show over the years, there is nothing like being here all together again.’

‘Having him back on set has been poignant for him and for us.  He’s been very involved in the storyline, and I can’t wait to finally answer the question for viewers – who is Mike Young today?’.

Since leaving Neighbours, Guy has had many major roles in films including LA Confidential, Memento and The King’s Speech.

He recently played Richard Ryan in the award winning drama Mare Of Easttown.