How an Australian bedroom producer landed on Taylor Swift’s Midnights

Look at the songwriting credits on Taylor Swift’s Midnights, past names like Jack Antonoff and Lana Del Rey and (weirdly) Zoe Kravitz, and down there on Karma, the album’s wavy eleventh track, you’ll spot the name Keanu Beats, the moniker of Melbourne-born, Gold Coast-based producer Keanu Torres.

The 25-year-old may be an unknown name to all but obsessive Discogs listings enthusiasts, but he’s already one of Australia’s most successful hip-hop and R&B producers, having contributed to tracks for Beyonce, Drake, Kendrick Lamar and The Kid Laroi since his first big break on Migos’ trap classic Culture in 2017. But the shift to Taylor Swift’s pop world, on what’s already the year’s biggest album, is a rare move. 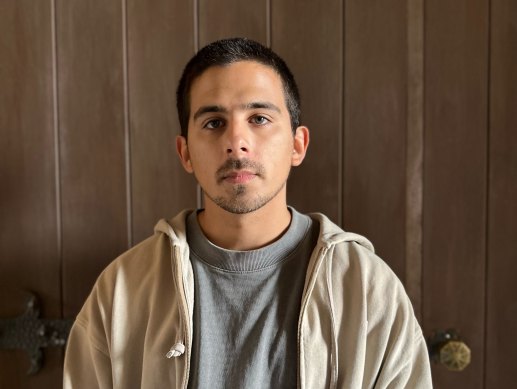 Melbourne producer Keanu Beats (aka Keanu Torres) has worked with Beyonce, Drake and Kendrick Lamar, and now adds a Taylor Swift credit to his resume.

“It does feel like a big move, just because of how different the actual music is and because the stats, how the album is performing, is insane,” says Torres, from a holiday break in Japan.

“I mean, it had got to the point where everything I was getting sort of felt the same and I didn’t know if or when I was gonna get to that next level. So this was like, holy shit. It’s a completely different ballgame.”

True to the logistics of the recording business today, the story behind the collaboration is gloriously uneventful.

“I just made the sample at home in Melbourne, in like 2019, sent it to [Grammy-winning producer] Sounwave, and didn’t really think anything of it; it wasn’t really for Taylor or anything,” Torres explains. “Then, at some point this year, he contacted me and confirmed we were on the new Taylor Swift album. We had to sign NDAs, weren’t allowed to speak on it at all. But I mean, I didn’t even know the track name until it came out, or what it sounded like, or anything.”

The result, however, is career-defining. In Australia, Midnights is #1 on the ARIA albums chart and is the highest-selling album in the country since Swift’s own Reputation in 2017. In the US, the album had the largest week for any album since Adele’s 25 debuted in December 2015. Globally, the album broke Spotify’s record for the most streams in a single day in the platform’s history. So what’s Torres’ cut on that? Could Karma buy him a house?

He laughs. “I mean, it depends on how that one song performs, I guess; you never really know with this shit. But I’m sure it’d be pretty healthy for everybody involved. The album is definitely the biggest project I’ve been involved in, ever.”

Raised in Melbourne’s Werribee to an Argentinian mother and a Uruguayan father, Torres first delved into music at 16, learning to make beats in his bedroom on an FL Studio demo and eventually started selling sample packs online.

“It was okay – I could focus on music 24/7 because I was making decent money online so it was my full-time job – but I wasn’t really content with just selling my beats online to random people,” Torres says. “I was always like, nah, I wanna work with big artists.”

He hustled proactively, DMing and emailing producers in the US with his wares. At 20, he got his first placement on the Migos single What the Price and within six months “shit just snowballed from there”, Torres recalls.

Musically, his strength might lie in his versatility, Torres suggests. “I don’t like to pigeonhole myself. There are some tracks where I’ve done the drums, some songs where I’ve done melodies, it just depends. In terms of the Taylor Swift track, I did the melody, the sample – one of them, anyway.”

For Torres, who calls Swift his favourite artist outside hip-hop (Lover is his go-to of her albums), Midnights’ success is already bringing new attention. “You know how it goes – publishers reach out, managers reach out, other producers reach out. Which is cool, I’m all for it. The funniest thing is just a lot of Taylor fans, man,” he laughs. “It’s very different.”

Adding to the exposure, Torres earned a personal shoutout on social media from the pop icon herself, who posted photos and tagged all her collaborators. “That was really cool of her to do because most artists don’t do that, especially at her level,” he says.

Although he’s generally toiled behind the scenes, Torres says he’s comfortable with the sudden relative loss of anonymity. “I typically don’t like attention, but in the past year I kind of told myself that I just need to let it be what it is and to just accept it openly, because the attention is good attention. Especially the attention I’m receiving for this one, I’m proud of it because it’s a big achievement for me.”

After this taste, he’s keen to keep working in the pop space. Does he have any dream projects left?

“I mean, definitely Taylor again,” he says. “Maybe someone like Ed Sheeran would be f—ing crazy. But I don’t know, man. I never really focus on dream projects because it always just happens randomly, anyway. You’ve just got to keep working.”