But the morning-to-night dominance of the AM commercial network did not come at the expense of its news-and-talk rival ABC Melbourne, which largely held steady across the day in survey six, which covers July 11 to September 18. The results neatly span the news-heavy period of Melbourne’s fifth lockdown (which started on July 14) and its sixth (which started on August 5). 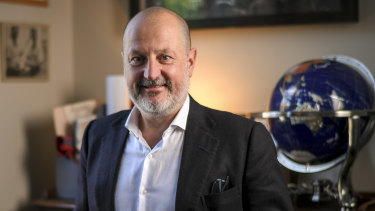 Overall, 3AW (owned by Nine, publisher of this masthead) took an 18.2 per cent share of the audience, up a hefty 3.1 percentage points, beating ABC Melbourne which dropped slightly from last survey’s 12.4 per cent share to 12 per cent.

In the breakfast slot, Stevenson and Howcroft dominated with a share of 23.8 per cent, up from 20.8 per cent in the last survey. This was their best result since they took an even 25 per cent of the audience in the final survey of 2020. On ABC Melbourne, breakfast host Sammy J was down from 16 per cent to 14.6.

Meanwhile, Neil Mitchell, who is closing in on a remarkable 31 years in the mornings slot, drew an audience share above 20 per cent for the first time since last year’s final survey, when he cracked 22 per cent. This time, he scored a 20.7 per cent share, up from 17.3. 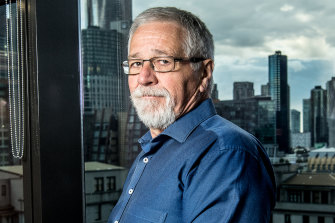 Mitchell said he was proud of the result but would not be continuing him ratings-victory habit of playing What a Wonderful World, given the circumstances with the pandemic.

“We don’t gloat or celebrate,” he said. “Times are tough for our listeners, it would be indecent to party. I have never rated higher than during this pandemic, and it has never mattered less to me. What matters is that we help people get through this, let them vent and cry and learn and laugh and all the things we need to do to stay sane.

“Of course it is reassuring that we are providing what people need, as these figures show, but it will be a good day when ratings start to drop – I can’t believe I said that – because perhaps it will be a sign life is getting back to normal.”

In the drive slot, last survey’s dead heat between 3AW and ABC was broken with Tom Elliott taking a strong lead over the ABC’s Raf Epstein, 15.3 per cent to 12.6. In survey six, they were tied on 11.7.

In the FM race, Gold 104.3’s Christian O’Connell stretched his streak in the breakfast slot to 11 wins on the trot, and even managed to draw a few more listeners. He was up from 8.9 per cent to 9.4.

The FM drive contest was much the same: Gold’s Gavin Miller out in front (10.4 down from 10.7) and then the rest. Fox’s Carrie Bickmore and Tommy Little were up a tick from 8.1 to 8.6, followed by Nova’s Kate Ritchie, Tim Blackwell and Joel Creasey (down from 7.4 to 6.7). Smooth dropped significantly (6.4, down from 7.9) while both Triple M (on 6.3 per cent) and KIIS (on 5 per cent) ended the survey period with slight increases.

This reflected Gold’s overall dominance, with its audience share across the day up from 10 per cent to 10.9. It’s nearest rival? Smooth FM on 6.8 per cent, down from 7.9 per cent in the last survey.

The Booklist is a weekly newsletter for book lovers from books editor Jason Steger. Get it delivered every Friday.