WHEN little Poppy Bailey became clingy and depressed her parents put it down to feelings of jealousy over the arrival of her new baby brother.

But tests revealed that the five-year-old had a large tumour wrapped around her heart which was pushing against one of her lungs. 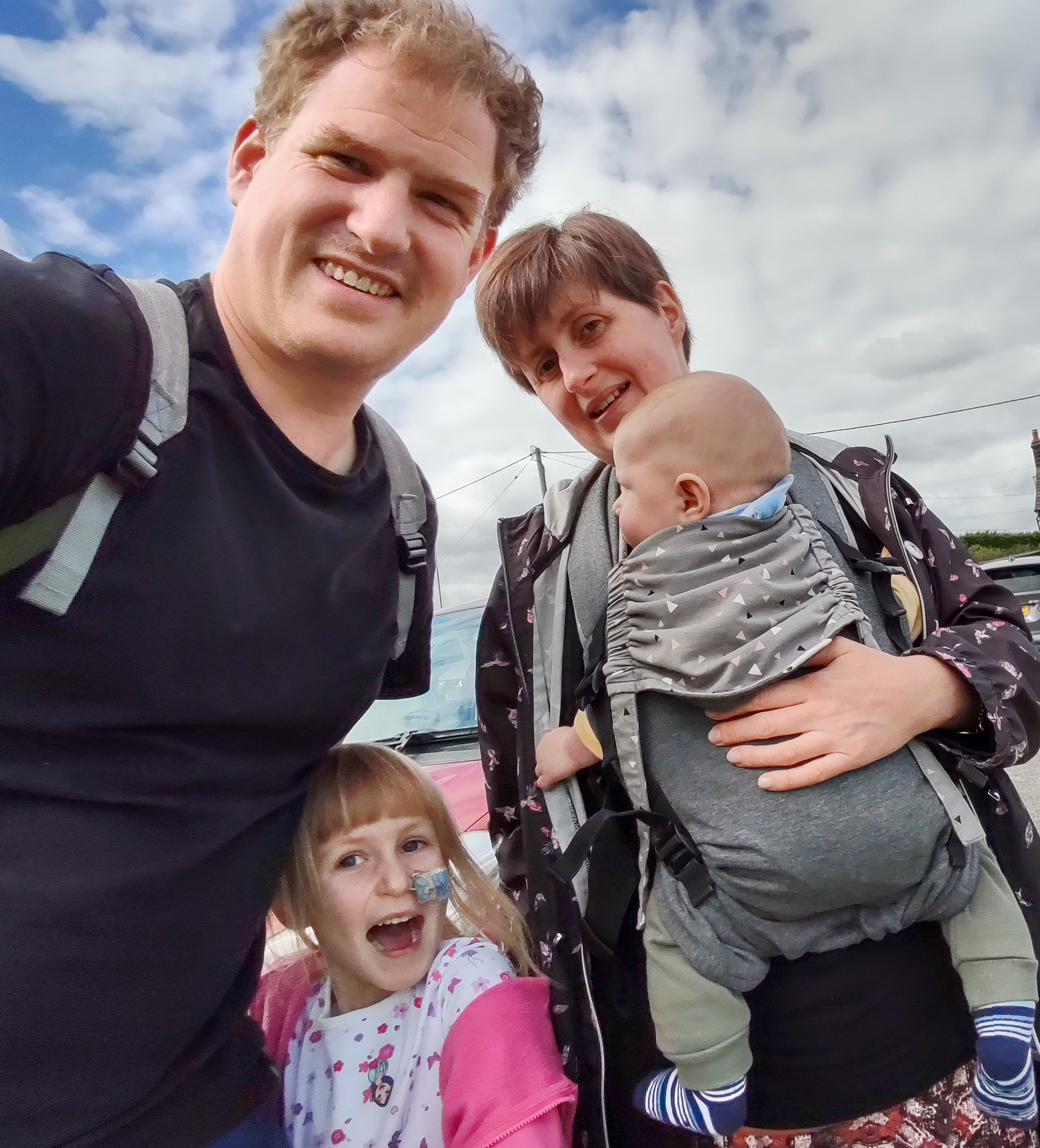 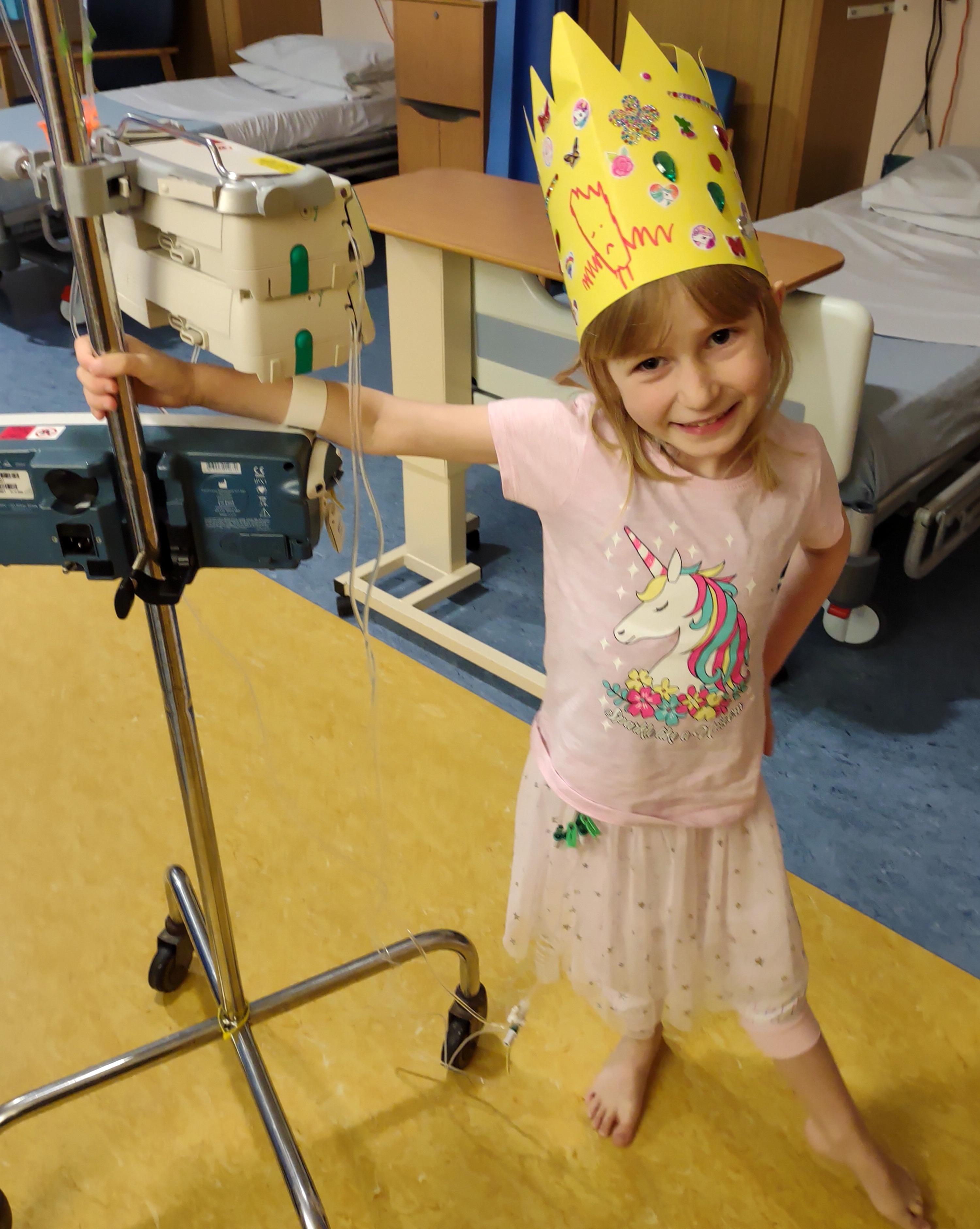 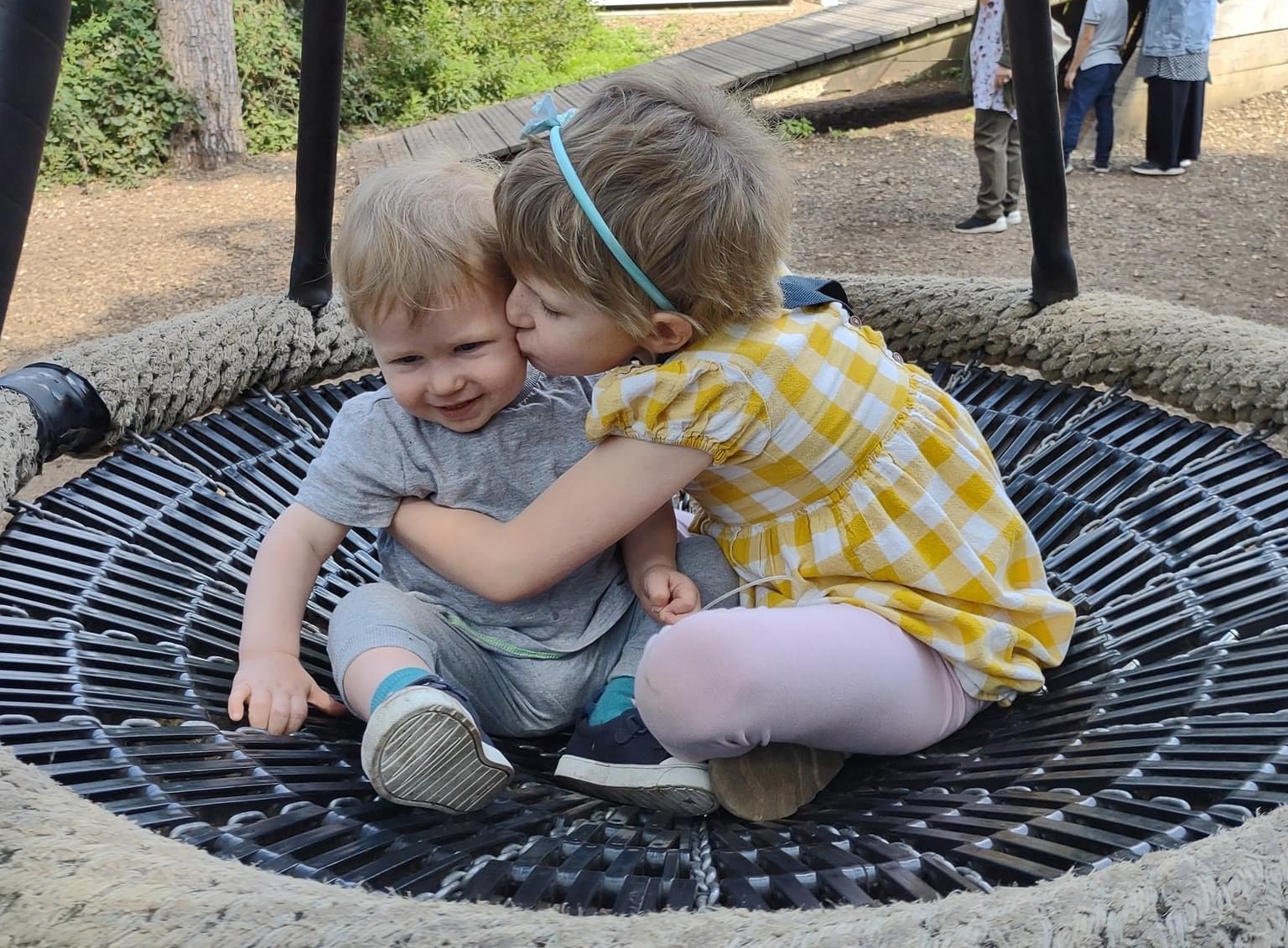 The family are now trying to raise money so they can fly to New York with Poppy so she can get the treatment she needs for stage 4 high-risk Neuroblastoma.

Poppy, who lives in Milton Keynes with her family was just four-years-old when the UK was plunged into its first coronavirus lockdown in March last year.

Her mum Claire was weeks away from giving birth to her second child and Poppy had been excited to become a big sister.

Baby Oscar arrived shortly afterwards in April and Claire said that despite the scariness around Covid, everything went smoothly and Oscar was perfect.

But just days after the arrival of her new brother, Poppy's mood changed.

Claire said: "At first, we put it down to jealousy over her new brother and the world was suddenly in lockdown due to Covid. We thought she was just going through a tough time.”

Claire contacted her GP, and was given a telephone appointment due to Covid-19 restrictions.

A blood test was arranged which confirmed Poppy had an iron deficiency and the family hoped that the tests had explained Poppy's mood and her not wanting to eat.

Just days later the family got a call from their GP asking to see Poppy in person.

She was checked over at the surgery and the GP advised Poppy's parents to take her to hospital straight away for tests and scans.

A chest X-ray revealed a large tumour wrapped around Poppy’s heart and pushing against one of her lungs. Claire and husband Ross were told straight away it was cancer.

“Our world came crashing down around us in seconds, we were unable to comprehend what was happening. We refused to believe it at first, insisting that our little girl who's always been the picture of health couldn't possibly have cancer,” Claire said.

That night Poppy and her dad Ross were sent in an ambulance to Addenbrookes Hospital in Cambridge, while mum Claire was forced to stay at home and breastfeed baby Oscar due to the one-parent Covid rule.

Claire added: “I didn't sleep a wink that night. It was the worst night of my life.”

A biopsy and scans revealed the cancer had spread all through Poppy’s bones and bone marrow, and she was officially diagnosed with stage 4 high-risk Neuroblastoma just weeks before her 5th birthday.

What is stage 4 high-risk Neuroblastoma?

Stage 4 high-risk Neuroblastoma means that the cancer has spread to parts of the body that are at a significant distance away from where it started.

According to Children with Cancer UK, Neuroblastoma accounts for 6 per cent of childhood cancer registrations in the UK, with around 95 diagnoses annually.

The charity states: "As with all embryonal tumours, neuroblastoma is most common in children under the age of five years and extremely rare after the age of 10 years.

"Its incidence is highest in babies under one – it is the most frequent single type of cancer in the first year of life, accounting for one fifth of cancers in this age group. It is slightly more common in boys than in girls, by a ratio of 6:5."

The key symptoms are:

Neuroblastoma is a rare and aggressive form of childhood cancer, with around only 100 children being diagnosed in the UK each year.

In half of those cases, the cancer has already spread widely. It is the same cancer that claimed the life of Bradley Lowery, and little Henry Allen, also from Milton Keynes.

Claire said she had never heard of the cancer and wishes she had known about the symptom sooner.

I kept telling myself, ‘Don’t worry, you’ll wake up soon and it will all have been a big nightmare

Poppy's treatment started straight away and the youngster was given chemotherapy.

Mum Claire said: “You’re suddenly thrown into a ward – it was like something you see on Children in Need.

“It was surreal. It felt like something that could only happen to other people. I kept telling myself, ‘Don’t worry, you’ll wake up soon and it will all have been a big nightmare.”

Poppy has been suffering from side effects including hair loss, hearing loss and muscle damage.

Her mum Claire said she loves Rapunzel and was delighted when someone donated a Rapunzel wig to her ward, which has helped her deal with losing her hair.

Poppy has had 13 rounds of chemotherapy, but the cancer has refused to budge.

Her parents are now in a race against time to find the money to take her to New York to continue her treatment.

Poppy is still currently having treatment in the UK and while there is not yet an end time, the treatment is likely to continue for a year – meaning the family will need to fly out to the US in summer 2022.

Claire explained: "There is a cutting-edge treatment for Neuroblastoma called the Bivalent vaccine in New York, which could keep Poppy’s cancer away for good.

“But it’s a hugely expensive treatment. Most of the hospital fees need to be paid up front, then there are flights and accommodation costs on top.”

Celebrities such as Alan Carr and former Blue Peter star Connie Rusk have both backed the campaign.

Both Claire and Ross have now had to stop working in order to make sure Poppy can be taken to hospital and gets the care she needs.

Claire said there are also times when Poppy's treatment has left her radioactive, meaning she can't be around little Oscar.

This has meant that there have been times that the family have been separated for weeks at a time.

“So we have had to be divided, which is heart-breaking on top of everything else", Claire said.

The family are now trying to create as many happy memories as possibleand plan to take their princess to Disney on Ice as a surprise in October half-term.

“Keeping it together in front of Poppy is the hardest part of all this when we are dying inside and so terrified of the future.

“But we are trying as best we can to take one day at a time. No matter what we throw at her, Poppy is still the cheekiest, happiest most caring soul, and makes everyone laugh wherever she goes.

"We will do anything we can to give Poppy the bright future that she deserves", Claire added.

Claire and Ross have named their campaign, the Princess Poppy Rainbow Appeal, and are desperate to raise the amount needed to continue Poppy’s treatment.

You can support Poppy's campaign by donating through her fundraising page or by texting ‘POPPYB’ followed by any whole amount (up to £20) to to 70085. Find them on Facebook or Instagram @princesspoppyrainbowappeal 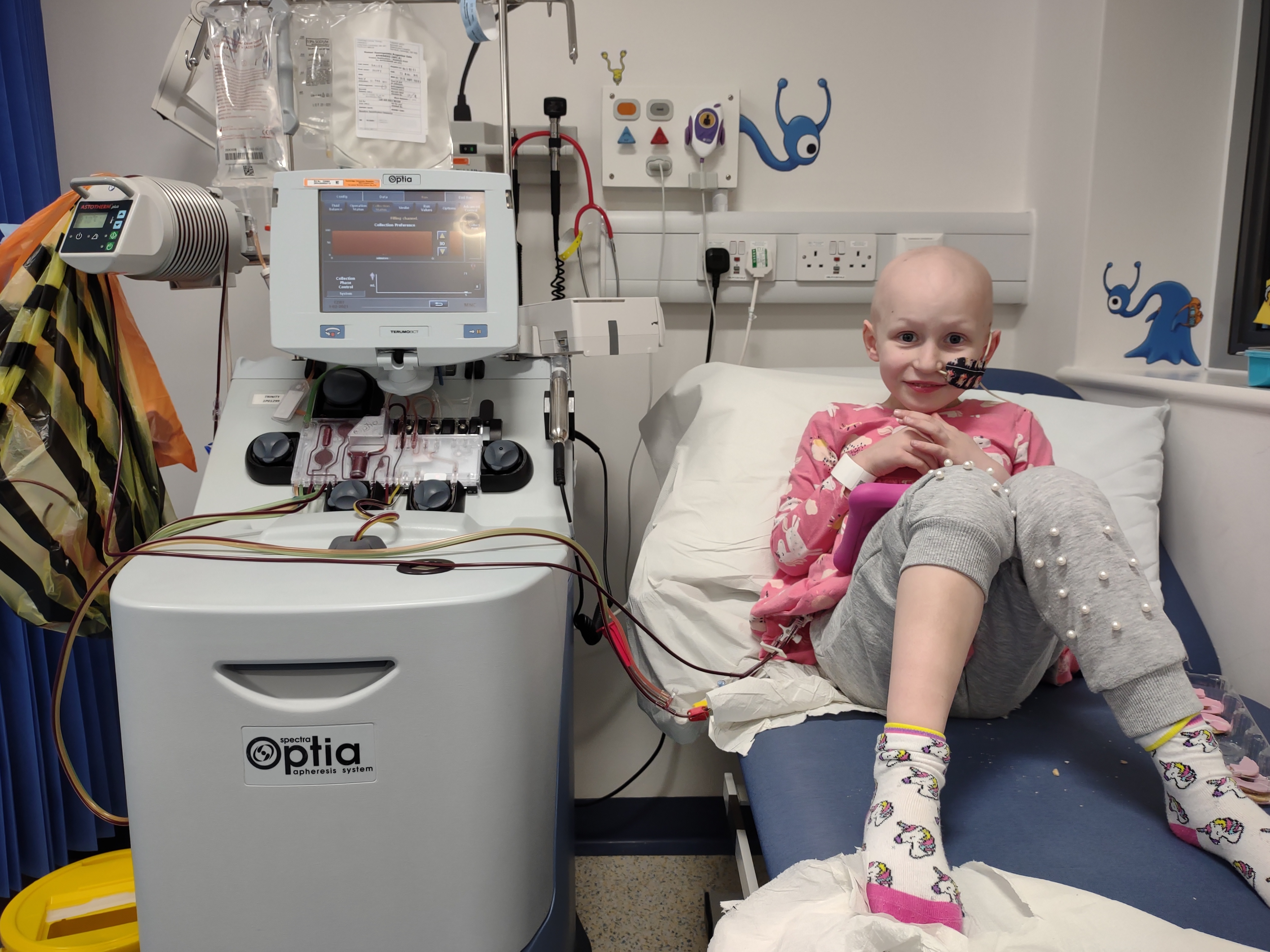 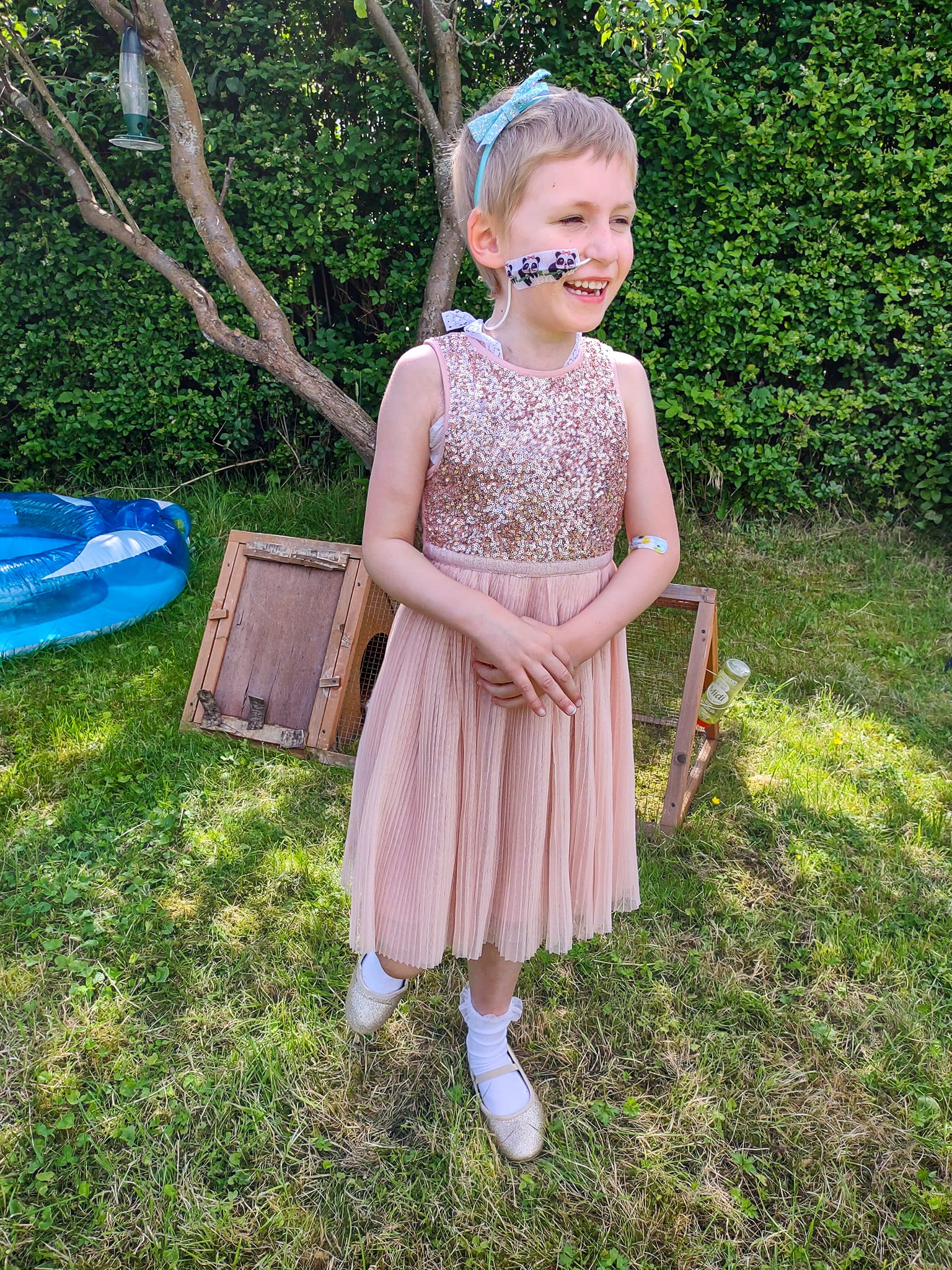