In honor of the iconic series’ big anniversary, Ziering — who played Steve Sanders — described the evolution of his relationships with co-stars including Tori Spelling, with whom he bonds over parenting, and Shannen Doherty, who is battling Stage 4 cancer.

“I’ve been close to Tori for 30 years now. She’s got, I think, five kids now and counting, who knows? She loves being a mom,” the 56-year-old said of Spelling, who is the mom of five children with husband Dean McDermott.

“She does a great job at it. It’s got to be the hardest job in the world, even just one kid,” he said of Spelling, who played Donna Martin. “I can’t imagine how difficult it would be with five, but she has plenty of room in her heart to make that happen.” 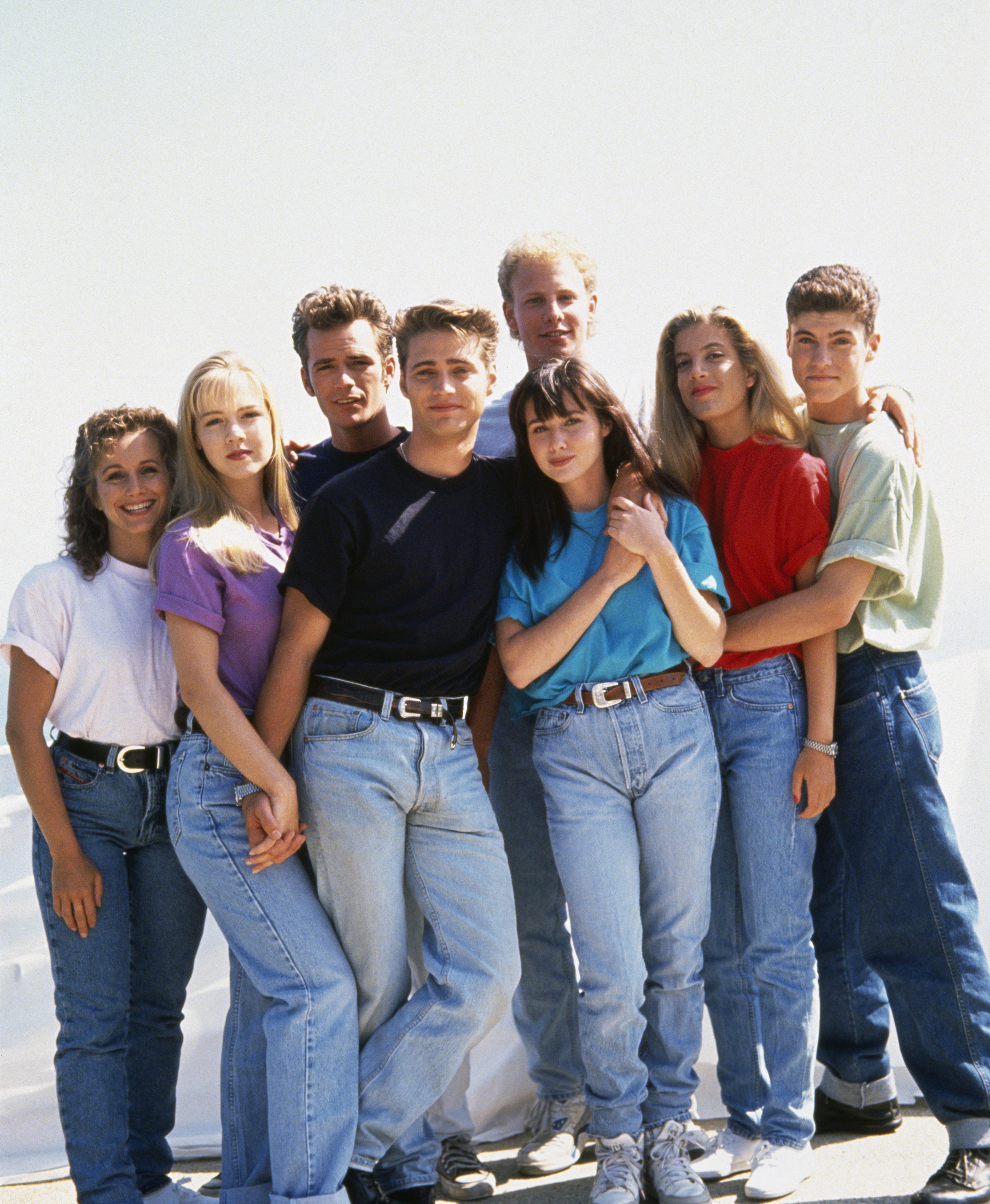 The “Sharknado” actor also opened up about Doherty, whom he texted just last week.

“Shannen’s strong. It’s like nothing’s going on. I know she’s dealing with some adversity right now, but I also know that Shannen’s not going to sleep on it,” Ziering told us of the 49-year-old. “She’s going to have her finger on the heartbeat and the cutting edge of science.

“She’s diligent about whatever she needs to do to make sure she stays in fantastic health,” he said, highlighting her consistent social media workouts.

“Shannen has proved herself to be a fighter on many fronts,” Ziering said, “So I’m confident she’ll continue fighting.”

Though Oct. 4 marks the 30th anniversary of “Beverly Hills, 90210,” the entire cast reunited for a reboot that aired in 2019 but got canceled after one season.

Now, Ziering told us, he has two significant TV moments happening at once: the “Beverly Hills, 90210” anniversary and the Oct. 6 premiere of his new CW show “Swamp Thing.”

“After 30 years of first airing on October 4th, I’ve got two big things happening in one week — it’s amazing how the timeline lines up,” he said.

END_OF_DOCUMENT_TOKEN_TO_BE_REPLACED

END_OF_DOCUMENT_TOKEN_TO_BE_REPLACED
Recent Posts
We and our partners use cookies on this site to improve our service, perform analytics, personalize advertising, measure advertising performance, and remember website preferences.Ok