Inside The Bidens’ Private Tea With The Queen At Windsor Castle 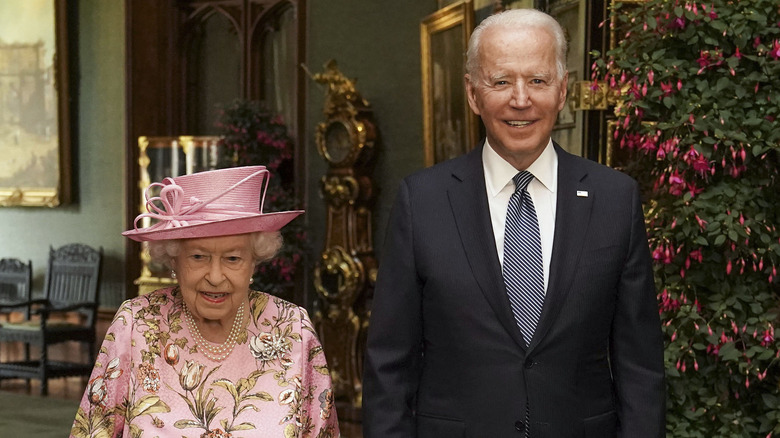 World leaders of the G7 (Group of Seven) — Canada, France, Germany, Italy, Japan, the U.K., and the United States — met up this weekend for the 47th G7 Summit (via BBC News). The meeting, which took place in Cornwall, was called so that leaders of the G7 could discuss the biggest issues facing the world today. This was Joe Biden’s first G7 Summit representing the United States, and it’s actually a big week for Joe who also has back-to-back NATO and EU summits next, according to Politico.

But before heading off to his next stop in Brussels, Biden and FLOTUS, Dr. Jill Biden, stopped by Windsor Castle for a tea with the queen. While this wasn’t the first time Biden has met the queen, this was his first time meeting her as the official president of the United States. And Biden is actually the 13th president the queen has met since the start of her reign in 1952 (via Town & Country).

Biden said the queen 'was very gracious' during his visit 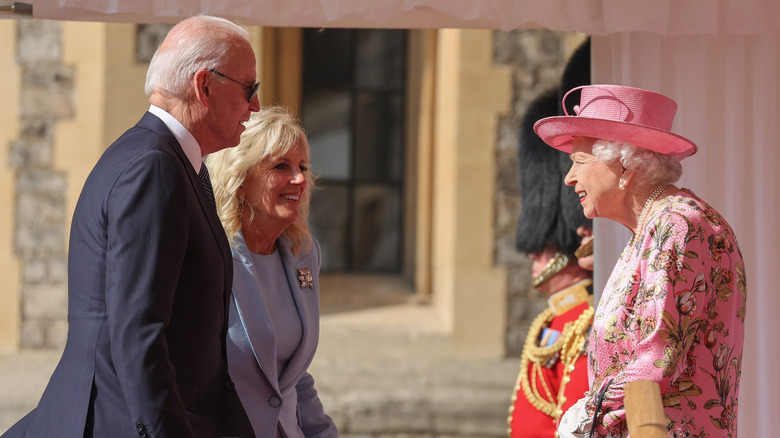 President Biden and the first lady arrived at Windsor Castle on Sunday. According to CNN, Biden even arrived in his signature aviator glasses and was treated right away to the Guard of Honor, followed by the American national anthem. This was actually the first time that Queen Elizabeth had met with another world leader in person since the beginning of the coronavirus pandemic. This was also one of the first engagements Queen Elizabeth has done since Prince Philip, her husband, died in April. The Bidens actually arrived to meet the queen in a black Land Rover, which according to USA Today, was “Philip’s favorite car.”

After the presentation outside, the Bidens joined the queen inside for some tea, which reportedly lasted about an hour. It seems it was a very pleasant meeting, and Biden said afterwards that the queen reminded him of his mother. He also said, “She was very generous” and “gracious” (via BBC News). The queen even reportedly asked him what it was like at the White House, and he responded, “it’s magnificent but it’s a lot of people.”

Presidential historian Douglas Brinkley said that Joe Biden is “comfortable with himself in any setting,” and it seems he made a good impression being himself (via Politico). Biden even returned the favor after their meeting, and invited the queen to visit the White House as well.