Welcome to Deadline’s International Disruptors, a feature where we shine a spotlight on key executives and companies outside of the U.S. shaking up the offshore marketplace. This week we’re speaking to Arik Kneller, founder of Israeli talent agency The Kneller Agency. The company, which was the first agency in Israel to focus solely on representation of writers and creative professionals, has an extensive list of clients that are behind series such as Fauda, In Treatment and Shtisel.

As Israeli content continues to be a growing force in the drama world, Arik Kneller is one man behind the scenes who is driving the charge.

The Tel Aviv native is the founder of The Kneller Agency, an Israeli talent and artist agency that represents more than 250 clients across television, film, theatre, literature, music and advertising. The company was the first agency in Israel to focus its representation on writers and directors. Today, its roster includes two-time Oscar nominee and co-creator/director of HBO series Our Boys Joseph Cedar, Fauda writer and Our Boys co-creator Noah Stollman and Shtisel writers and co-creators Ori Elon and Yehonatan Indurksy.

“I’m so lucky to work with such amazingly talented people,” says Kneller of his clients, which also include Euphoria and Valley Of Tears creator Ron Lesham and Yellow Peppers creator and director Keren Margalit. “There’s a burst of really interesting voices now in Israel. The most exciting part of my job is when somebody comes and tells me about a new idea for a project that just blows my mind. I get a really strong rush out of that.”

Additional internationally recognized talent that are on the books at The Kneller Agency include: Hagai Levi (reps for Israel), the writer behind Be’Tipul, which was adapted for HBO as In Treatment; Amit Cohen, creator and lead-writer of False Flag (which is currently being remade for Apple TV) and co-creator/co-writer for No Man’s Land; screenwriter Shira Hadad, an EP on CBS’ Wisdom Of The Crowd and Netflix’s Prisoner No. 1; and Dror Mishani, who is also EP on Wisdom of the Crowd and Prisoner No. 1 and whose book Missing File is being adapted for NBC-Universal by David E. Kelley.

It’s an extensive client base and last year, in what was considered somewhat of an international coup, Anonymous Content signed a first-look deal with The Kneller Agency, giving the management and production firm exclusive first-look rights to original film and TV ideas generated from Kneller’s group.

“It was limiting to think that we could only go through the Israeli channels, but this deal means we can take these voices and bring them directly to America,” says Kneller. “The dialogue with them is really amazing.” 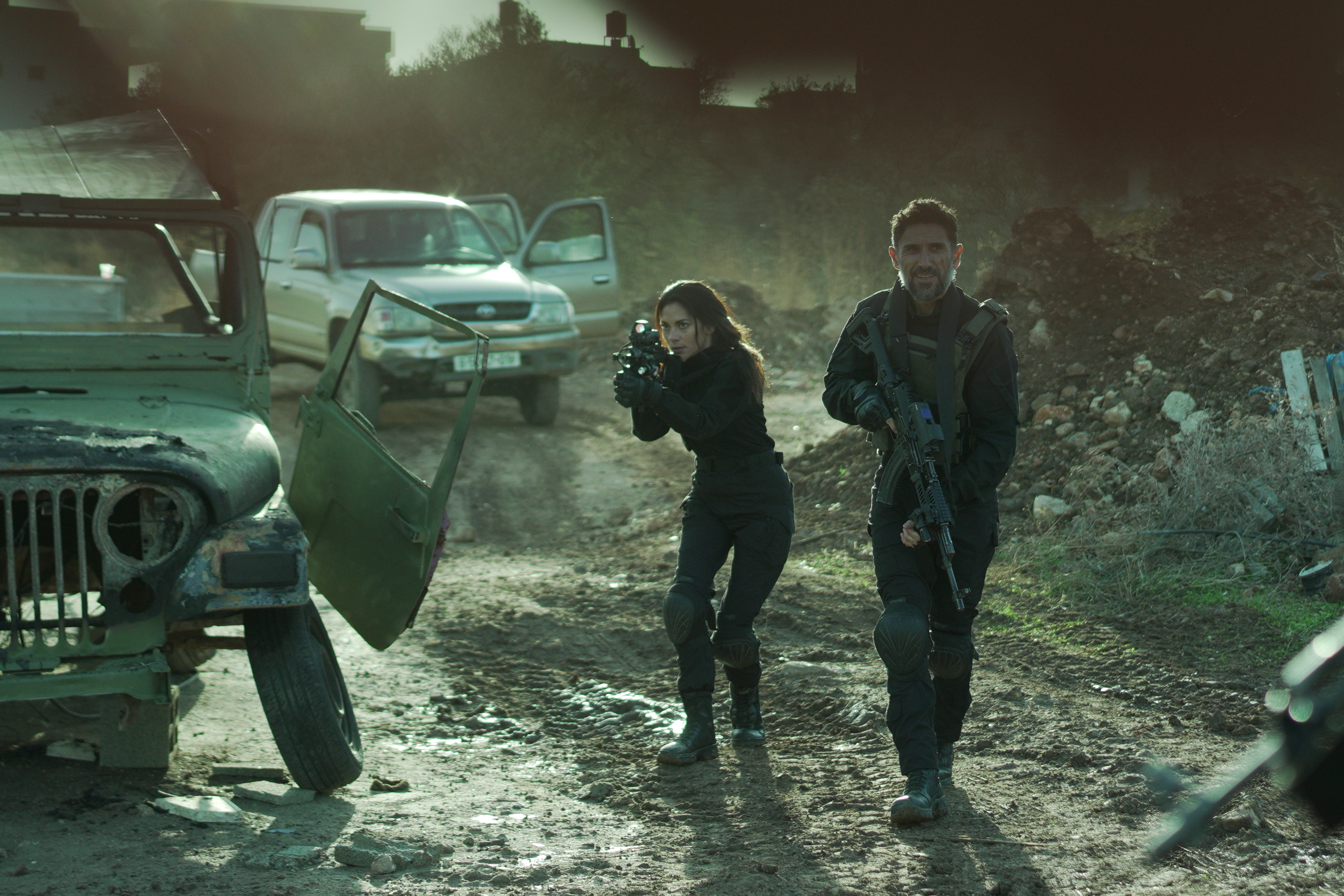 Kneller has always had a passion for the arts. His agency, which is now more than 25 years old, was born out of humble beginnings. When he was 15, Kneller and his family immigrated to New York. “My father always had a dream to have a small hotel in America,” he recalls. “So, we found a hotel in Westchester, New York and my family and I all relocated there. I didn’t know a word of English at the time.”

He went on to study liberal arts at Hofstra University and during his time there his late cousin, Talia Shapira, a famous Israeli actress and singer, would frequently visit him and his family and encourage him to pursue work in the entertainment field.

“Talia saw my passion and really encouraged me to follow my heart,” says Kneller. “So, I moved back to Israel at the age of 28 to become her stage manager and that’s how I started in the business.”

Back in Tel Aviv, Kneller became showrunner for Shapira’s play Achat Ha’am (One Of The People) and produced the music album Summer Seeds for singer-songwriter Meir Ariel. For the next few years, he would continue to produce small but interesting plays as well as independent music albums. (Kneller keeps one toe in the music world and recently played the violin at the Tel Aviv Piano Festival).

“I ran away from anything that was mainstream,” says Kneller. “I was always attracted to really great stories and many of the things I worked on got really strong reviews and buzz, but they didn’t make any money.”

Meanwhile, Israel’s television landscape was changing with the introduction of the country’s first commercial channel after a decade of political delays and ownership disputes (there had previously only been one Israeli TV channel, the First Channel). The new station, Channel 2, was considered a boon for the entertainment sector and heralded fresh optimism for the country.

It was then that Kneller decided to pivot and attempt to turn his love of great stories and discovering new voices into a bigger business enterprise. He established The Kneller Agency in 1996 with an aim to represent and facilitate business deals for the country’s growing talent pool of writers and directors.

“There were a few big agencies in Israel that represented singers and actors [at the time] but there was no real agent for only writers and directors,” he recalls. “I really felt intuitively that this group of people were the kind of artists that I wanted to represent.” 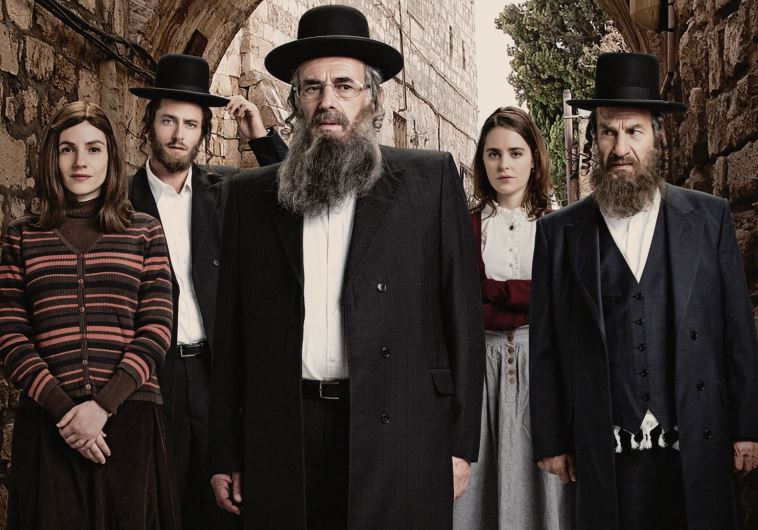 Today, The Kneller Agency represents a host of the country’s leading film and TV creatives from writers to actors to directors and more. In addition to Cedar, Stollman, Elon and Indursky the company reps Tomer Kappon, the star of Amazon’s The Boys, who was also recently cast alongside Casey Affleck and Laurence Fishburne in upcoming sci-fi thriller Slingshot, and Etgar Keret, Israeli author and winner of The Sapir Prize.

The company is a big champion of female voices, representing talent like writer Yael Hedaya (In Treatment), Shirley Moshaioff (VIP) and Rama Burstein, whose first feature film Fill The Void premiered at the Venice Film Festival.

“In the last few years there have been some amazing women’s voices coming into the mix and I’m really proud to be at the forefront of championing these incredible voices,” he enthuses.

The exec also represented the late Anat Gov, one of the most influential playwrights in Israeli theatre, who passed away in 2002. Gov was a big influence for Kneller throughout the years and she even asked Kneller to represent her estate when she found out she was dying of cancer. Last month, the documentary On This Happy Note, which was based on a meeting Gov had with Kneller in his home when she asked him to be the executor of her will, opened to critical acclaim in Israel.

“She was very smart and very funny,” says Kneller. “And she wanted to talk to me about how she was going to take care of things before she died. She was only 57 at the time. I was shocked because she had such humor and serenity within her when she knew she was going to pass. I’ll never forget it.”

Gov’s most famous play, My Happy Ending, which explores the central character’s battle with cancer, is currently being adapted into a film with Andie MacDowell set to star. Sharon Maymon and Tal Granit (also Kneller Agency clients) will co-write and co-direct.

At present, the agency employs 10 agents working in various departments: individual representation, contracts, advertising, commercials, accounting and international projects. The company is also leaning into raising financing and development money for certain projects. For example, for Lesham’s teen miniseries Euphoria, which was an expensive program for broadcaster Hot 3, Kneller played a role in bringing in private investors to the project. The format for Euphoria was sold to HBO and Sam Levinson adapted his own version of the show, which became a critical success for the channel.

“The industry in Israel is very small compared to the American industry,” says Kneller. “We do a bit of everything. We are agents, managers and lawyers. We’re also becoming more and more involved in the distribution part of the business and helping to find the right partners to distribute content.”

So, what’s behind this expanding international appetite for Israeli content and formats? According to Kneller, it’s down to a combination of artistic freedom afforded to Israeli writers and creators coupled with the increasing appetites of the streamers and big networks for international content.

“If you were to ask me 20 years ago if a show like Shtisel, which is in Hebrew and English and is about an Orthodox community, would sell to Netflix and get amazing reviews internationally, I would have said you were crazy,” says Kneller. “That was an important moment.”

He notes that what makes Israeli writers and directors special is their history and the limitations that the country’s entertainment sector has historically faced due to a lack of public funding and limited financing options.

“I think sometimes limitations in art make you very creative,” he says. “Budgets here are small so people have historically had to be very, very creative and invent things themselves. Also, there is no Writers’ Room here – it’s usually just a single writer and a director on a show and that adds value because it gives a lot of freedom to the creators here in the television market.”

He adds, “The success of shows like Fauda, In Treatment and Valley Of Tears is down to the fact that the writers have allowed themselves to be very specific. I think maybe because Israel for so long was not the market that everybody looked at, creators were able to look at themselves and instead of being driven by selling a project they were able to think about what story they really wanted to tell and the stories that they were passionate about.”