Jeremy Clarkson has become embroiled in yet another social media spat after complaining about the excessive length of time police closed a main road to investigate a fatal accident.

A motorist in his 70s was killed when he was caught up in a reckless, high-speed road race involving up to nine cars in West London. The crash took place in the early hours near the Hammersmith flyover on the A4 dual carriageway.

His wife, also in her 70s, who was in the car with him, was taken to hospital, where she is reported to be in a stable condition.

Three people were arrested at the scene on suspicion of dangerous driving and police are appealing for witnesses and any available evidence, including dash-cam footage.

The dead man and his wife were travelling home, within the speed limit, when their car was involved in a collision with what traffic officers describe as a ‘convoy’ of vehicles believed to be racing. 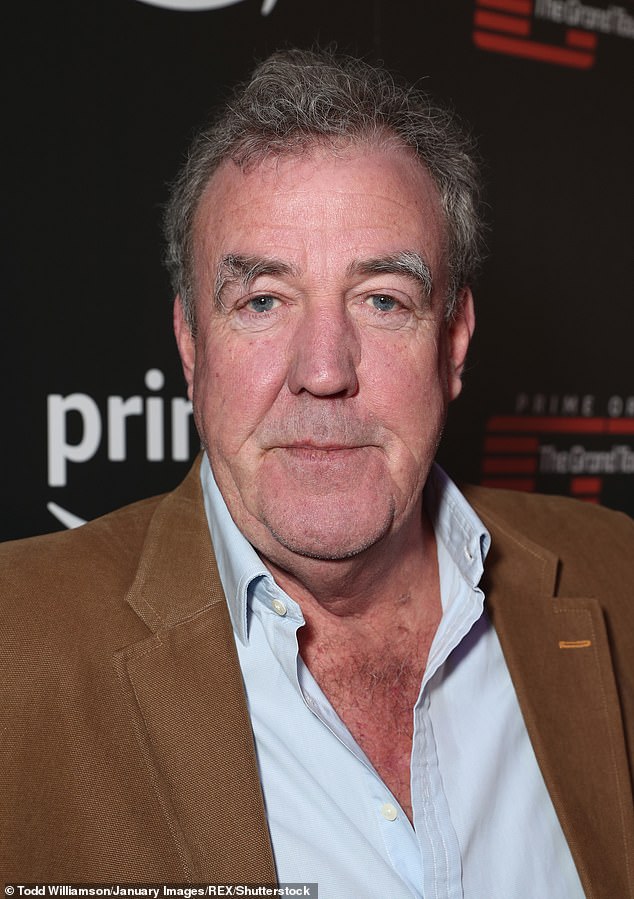 It would appear that they were hit by at least two of the cars in the convoy. The police are obviously obliged to investigate the circumstances surrounding this appalling tragedy and bring those responsible to justice.

If and when the culprits are convicted, they deserve to be given long, exemplary prison sentences for this wanton and avoidable loss of innocent life and the devastation wreaked on the dead man’s family. But Clarkson was well within his rights to ask why it was necessary to close the A4 for 11 and a half hours while officers pored all over the scene.

He doesn’t need me to defend him, but he has put his finger on something this column has complained about over the years. 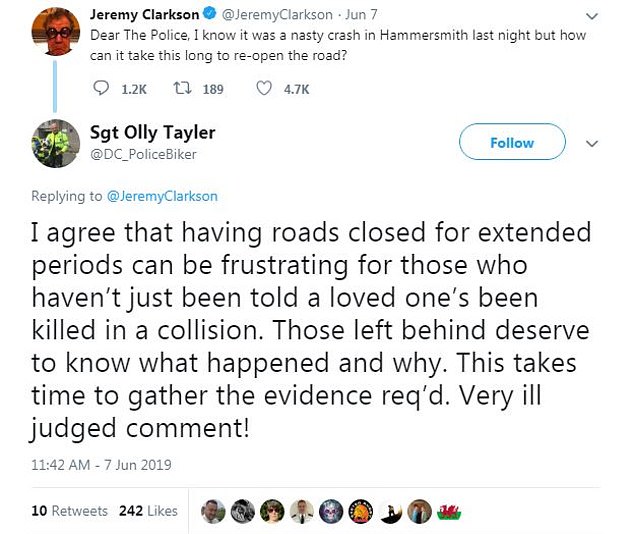 A motorist in his 70s was killed when he was caught up in a reckless, high-speed road race involving up to nine cars in West London. Clarkson tweeted his annoyance at the recovery

We all appreciate that in the event of a fatal crash, the emergency services must be given room to do their difficult job. But patience begins to wear thin when the investigation expands inexorably to fit the shift available and roads are closed in both directions for hours on end, regardless of the resulting inconvenience and disruption.

After any casualties have been treated and transferred to hospital, how long can it reasonably take to photograph the wreckage, measure the skid marks and clear the debris so that traffic can start flowing again?

According to a retired road traffic officer who phoned LBC Radio yesterday morning, no more than two to three hours.

But these days even minor shunts, where no one is hurt, are treated as major incidents. So far as the police are concerned, there’s no such thing as an ‘accident’ any more. Every one is turned into a full-blown crime scene. Out come miles of yellow tape and officers in hi-viz jackets and CSI-style boiler suits, armed with digital cameras, tape measures, theodolites and clipboards.

Partly, this is the inevitable consequence of the suffocating, risk-averse, tick-box, backside-covering, elf’n’safety culture which is the hallmark of our world-class 21st-century bureaucracy. 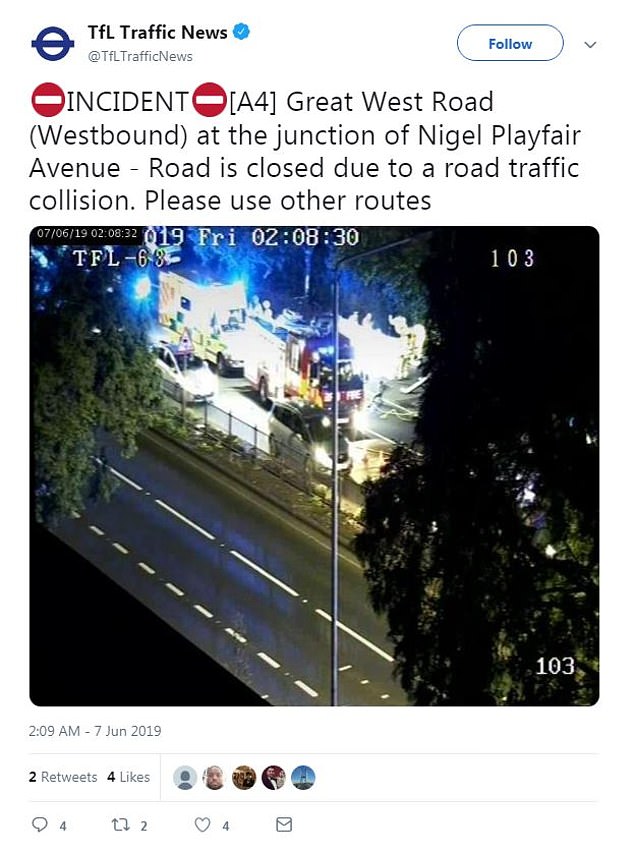 Three people were arrested at the scene on suspicion of dangerous driving and police are appealing for witnesses and any available evidence, including dash-cam footage

It’s also symptomatic of the way in which everyone today seems to be living in their own reality TV show. Police, Camera, Action!

Consequently, every incident is escalated into a major production number. We’ve seen it time and again. Possibly the worst example was when Staffordshire Plod closed the M6 in both directions one Christmas Day following a fatal accident.

Even though the vehicle was moved to the hard shoulder and was not obstructing the main carriageways, the police still decided to turn the M6 into a car park, ruining thousands of family Christmas celebrations.

Then again, as we saw during their laid-back approach to the eco-nutters who caused chaos in Central London recently, the police no longer think it is their job to keep the roads open.

No consideration is ever given to those motorists stopped in their tracks for hours, many of whom may be missing everything from business meetings to hospital appointments. Every day, millions of journeys are wrecked because of unnecessary road closures. How do you quantify the effect on a family who have missed their package holiday plane from Gatwick because the police have shut the M23 after a lorry shed a tyre?

So even though Clarkson acknowledged that the Hammersmith crash was ‘terrible’, he was perfectly entitled to question the need to turn the area into a total exclusion zone for half a day.

We can discount the faux outrage of the usual Twitter show-offs. What’s depressing is the reaction of the police, who took to social media to upbraid Clarkson.

One sergeant wrote: ‘Perhaps you’d like to come with us and personally explain to the family of the deceased that we didn’t investigate the death of their loved one thoroughly because you wanted to get home? That their loss is a complete irrelevance to you?’

There were others in similar vein, some inviting Clarkson to join a traffic patrol to see firsthand what they have to deal with.

They are all missing the point, perhaps deliberately, to avoid answering his question. Emoting about having to break shocking news to the bereaved doesn’t invalidate criticism of the length of time they kept the road closed.

Nobody — not me, not Clarkson — is disputing that the horrific Hammersmith crash, which claimed one life and shattered who knows how many others, has to be investigated thoroughly.

The police have a duty to the dead and their bereaved relatives. It’s a duty they exercise with great professionalism.

But it does no harm to remind them that they also have a wider duty to the rest of us to minimise disruption and keep the traffic flowing.

The Border Force recently confiscated a ton of the stuff, which is increasingly being smuggled from West Africa.

Chimpanzee meat costs up to five times the price of prime beef and pork and can be bought on selected markets in many British cities. Dr Ben Garrod, a primate expert trying to stamp out the imports, said: ‘It’s often brought to this country for specific celebrations like a wedding or christening. We aren’t targeting a cultural group but it is an illegal activity.’ 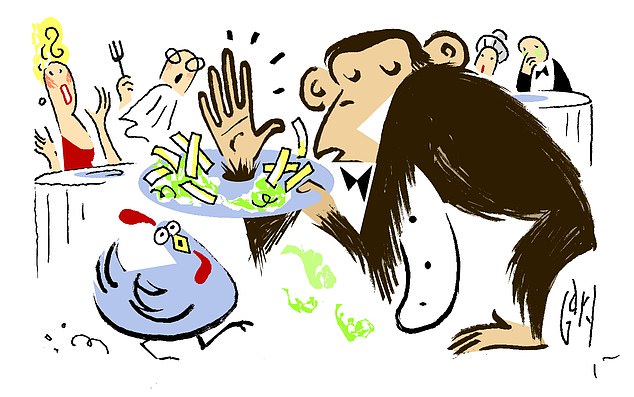 I wonder which cultural group he isn’t targeting. I’ve been to a few weddings in my time — C of E, Catholic, Jewish, non-denominational — and I don’t recall ever being served chimp, either as an hors d’oeuvre or a main course.

Then again, how would you know? Smugglers are adept at disguising chimp meat, by smoking and blackening it.

So that ‘smoked salmon’ sandwich you’re about to pop in your mouth may not be all it appears.

Apparently, the only way customs officers can identify chimp meat is if it’s still got a hand attached.

Still, if we ever do manage to leave the EU, we may have to be less discerning when it comes to what we eat.

Politicians of all parties have already refused to accept chlorinated chicken from the U.S. We may soon be grateful for any alternative foods we can buy on the global market.

Fish and chimps, anyone?

And his soul goes marching on…

The untimely death of Justin Edinburgh, aged 49, has shocked not just everyone associated with Tottenham Hotspur, where he spent ten years as a popular and successful player, but the entire football world, especially at the club he managed magnificently, Leyton Orient. 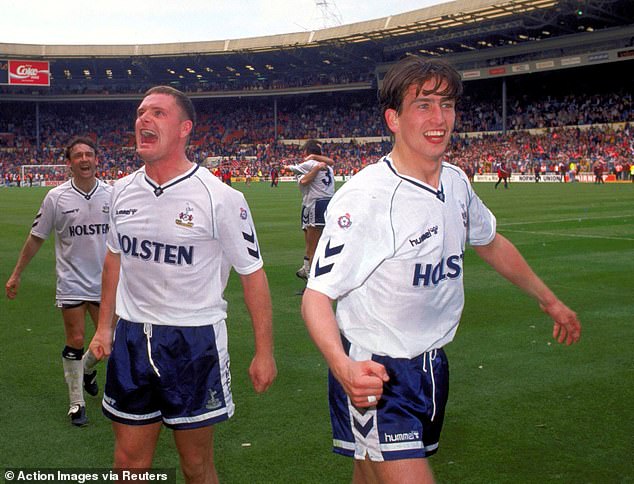 I was talking to Justin at the European cup final in Madrid, a couple of days before he collapsed with heart failure. He was there with a party of other Spurs Legends. Justin looked fit as a fiddle, was relaxed and his usual cheerful self. It goes to show you never can tell.

He was a lovely guy and will be much missed. And, as he proved at Spurs and Orient, he was a winner. Deepest condolences to his family, friends and his former team-mates, who I know are devastated.

Thanks for the memories, Justin.

Just when you thought the ‘trans’ agenda couldn’t get any more bizarre, along comes an NHS guide advising lesbians to use a condom ‘if you or your partner has a penis’.

There’s another one of those sentences I thought I’d never read, let alone write.

Still, I seem to recall student union leaders in Birmingham, Southampton and Cardiff demanding that sanitary towel disposal bins be installed in male toilets for ‘men who menstruate’, so nothing should surprise us any more. This latest piece of advice for ‘lesbians with penises’ comes from NHS Greater Glasgow and Clyde and LGBT Youth Scotland. It is entitled: ‘Contraception and safer sex tools.’

You couldn’t make it up.