Home » Lifestyle » Is This The Real Reason Harry And Meghan Are Only Giving The Public Unclear Glimpses Of Their Kids?

Is This The Real Reason Harry And Meghan Are Only Giving The Public Unclear Glimpses Of Their Kids? 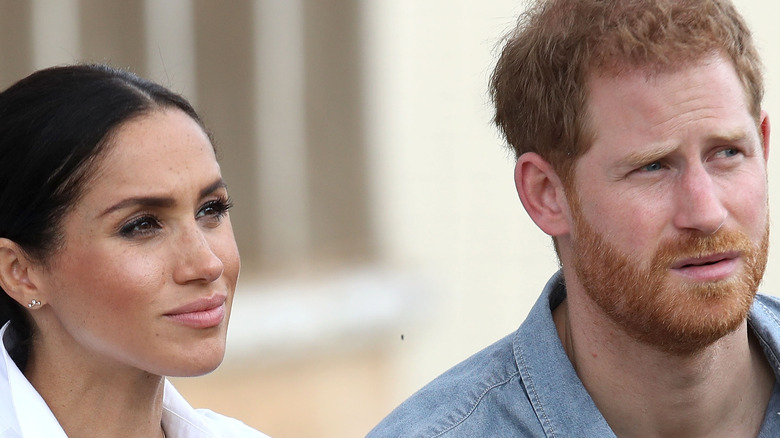 Prince William and Prince Harry may be brothers, but they couldn’t be more different. According to People Magazine, the siblings have gone down very different paths in their lives, and it all started when they were small children.

Royal author Robert Lacey reveals that the royals were “raised to be close and protective of each other.” However, as they got older tensions began to rise as William prepared for his role as the future king, leaving Harry to find his own way in the world. And of course, William went on to marry Kate Middleton, with whom he shares three children, Princes George and Louis and Princess Charlotte.

Amid Willam taking a deeper role in the family, he and Harry reportedly became distant. And as many know, Harry and his wife, Meghan Markle, eventually opted to exit their duties as senior royal family members. They moved out of the UK in early 2020 and have now settled in California (via NY Post), where they are raising their two children, son Archie, and daughter Lilibet Diana. The brothers also appear to be very different when it comes to raising their children. William, a prominent media figure, often shares snaps of his children on social media and allows them to be photographed at public events. Meanwhile, Harry and Meghan have kept their two children’s faces mostly hidden from the world. And there may be a deeper reason why.

Royal author says Harry and Meghan are trolling the public 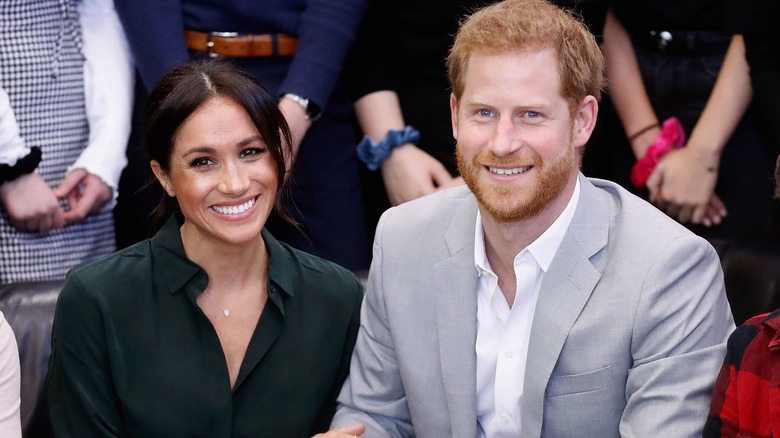 Prince Harry and his wife Meghan Markle have released a few photos of their son, Archie. However, all the photos of Archie following the couple’s exit from the royal family have been unclear, per The Sun. The Duke and Duchess of Sussex have used filters to keep the snaps unclear, or simply hide Archie’s face altogether. In addition, they have yet to officially share any snaps of their newborn daughter, Lilibet Diana.

Royal author, Omid Scobie, opened up about Harry and Meghan’s tactics during his recent “HeirPod” podcast. Scobie, who wrote Harry and Meghan’s biography “Finding Freedom,” says that the pair know exactly what they’re doing. “This was, as I think we’ve come to experience from the Sussexes, a photo of Archie but not too clear. I think this is their way of trolling the world,” Scobie stated (via OK!).

Meanwhile, last week Meghan celebrated her 40th birthday and released a video to the public. During one clip, the Duchess of Sussex is seen sitting at her desk, and in the background, a photo frame was spotted. Eagle-eyed fans immediately began to point out that one of the photos appeared to be of Harry holding little Lilibet (via Express). Of course, whether or not the couple placed the hard-to-see snap in the picture to “troll” the public remains to be seen. Whatever their reason for keeping their children’s faces hidden, Harry and Meghan certainly have drawn public interest in their little family, which could be their plan.