Home » Lifestyle » It was more than just winning a soccer match

It was more than just winning a soccer match

It was more than just winning a soccer match… when England beat Ukraine it felt like we’d defeated Covid too, writes DAVID MELLOR

As I leapt up and danced in front of the TV on Saturday evening, I was celebrating more than just a magnificent 4-0 victory in the football. My joy was fired by the power of football to move an entire nation.

England captain Harry Kane and our gifted forward Raheem Sterling were embracing on screen – and that image epitomised everything that is best about modern Britain.

Our country is multiracial and proud of it, a huge pool of wondrous combined talents.

With the windows wide open at my cottage in Dorset, I felt sure I could hear the cheers from Carlisle to Cornwall. The whole country was united in euphoria. 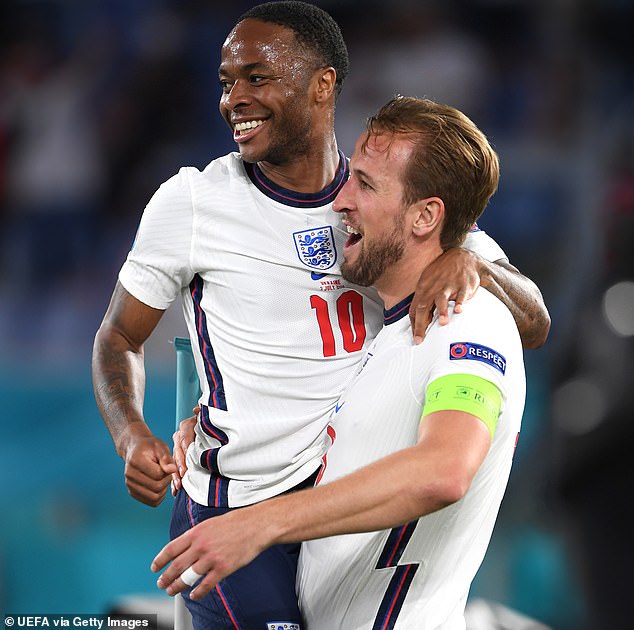 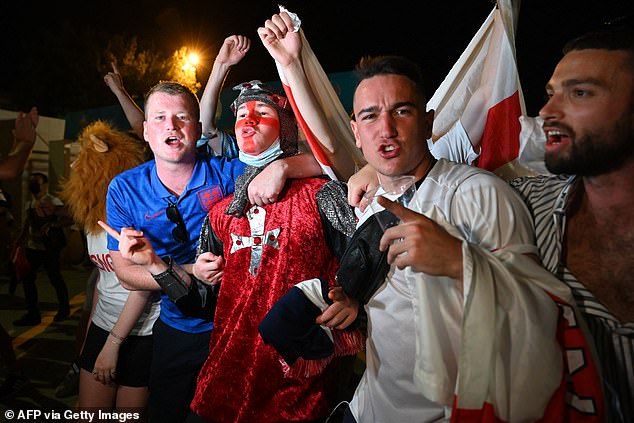 At that moment it seemed to me that we hadn’t just won a football match, we were throwing off the shackles of more than a year of oppression, restrictions and fear.

We hadn’t just beaten the Germans and the Ukrainians – we have beaten Covid.

Since March last year we have been cowed and afraid – afraid of getting ill, afraid of spreading the virus, afraid of undermining the NHS, and – increasingly – afraid of disobeying authority.

We have put up with draconian laws that I never imagined would – or even could – be imposed in this freedom-loving country.

What Napoleon and Hitler couldn’t do to us, this virus has.

But we’re breaking out of those chains now. Much to my surprise and unease, in the past 16 months the British people have stayed indoors when ordered to do so.

This was still the case when the politicians and scientists laying down the law were openly flouting their own regulations (as apparatchiks of a dictatorship always do).

But we cannot be stopped from celebrating football triumphs.

A goal is a goal, and we’re bloody well going to cheer about it. I have high hopes that England will beat Denmark on Wednesday and progress to a major international final for the first time in more than half a century – probably against Italy. 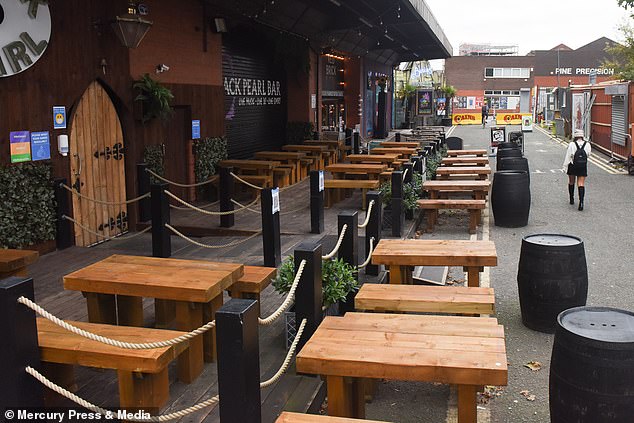 In the run-up to the postponement of June 21 as Freedom Day, I sensed a certain wariness about taking the plunge – but now the campaign to end all restrictions on July 19 has gained an unstoppable momentum. Pictured: An empty seating area outside a pub in Liverpool city centre this month 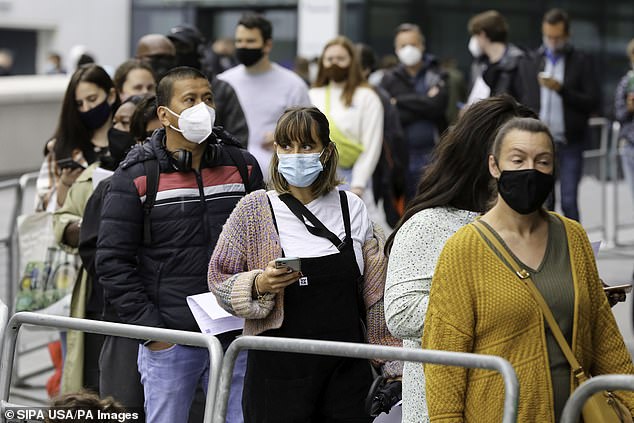 Pictured: People queuing for the first dose of their Covid-19 vaccine at Tottenham Hotspur Stadium

The Italians will be tough opponents, but with the optimism of the eternal fan I believe we can win that match too, and lift the trophy. If so, the boost to the nation will be incalculable.

But even if we don’t emerge as champions, Saturday’s win marked the effective end of lockdown. There is no going back now.

I first understood the impact that our national game can have on the public mood in 1966, as a teenager working through my school summer holidays.

In a perfect world, I would have been at Wembley to see England beat Germany 4-2 in the World Cup final.

Instead, I was a deckchair attendant on Swanage Beach in Dorset. There were no big screens, of course, only radios. 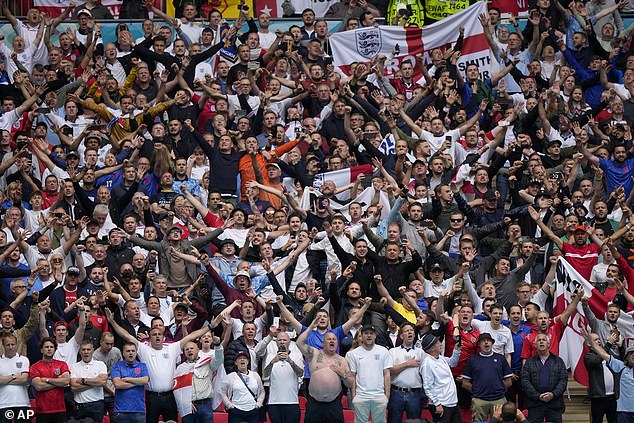 As I strolled up and down the sand, handing out tickets and collecting a few bob here and there, I was given updates by every group of sunbathers.

When the winning goal went in, no one had to tell me. The whole beach was celebrating.

I saw that day the extraordinary evidence of football’s power to unite the nation. It could transcend everything else, and create a mood of unstoppable buoyancy right across the country.

That sense never left me. When I joined Margaret Thatcher’s government a couple of decades later, football was in the doldrums. There were only two ministers willing to admit they loved the game – Ken Clarke and me.

The Prime Minister herself detested football. It was one of her blind spots. She thought it represented everything that was worst about the English character, a game whose supporters were awash with drunkenness and violence.

But to me, it is truly the People’s Game – proof that how you voted at the last election, or where your parents were born, are all irrelevant.

When Harry Kane sent the Ukraine keeper the wrong way and slotted the ball home, we were all simply England fans.

Delirious, whooping, bellowing England fans. And a nation united is a nation that will no longer be stopped by authority from enjoying a normal life. After that liberating display, we won’t stand for the doom-mongering any more.

In the run-up to the postponement of June 21 as Freedom Day, I sensed a certain wariness about taking the plunge – but now the campaign to end all restrictions on July 19 has gained an unstoppable momentum.

David Mellor was a Cabinet minister under John Major