Home » Lifestyle » James Bond has come a long way but what does the modern version represent?

James Bond has come a long way but what does the modern version represent?

When James Bond appeared on screen in Dr No in 1962, it was clear even to Ian Fleming and the would-be spies who loved him that the British Empire had all but expired. India, the jewel in the crown, was split into two independent pieces in 1947. Britain was then so depleted that wartime rationing was still in force. In 1956, there was the humiliation of the Suez Crisis. In 1962 – the very year Sean Connery blew up Dr No’s island lair – Jamaica declared its independence.

Well, you would never have guessed. Bond lands in Jamaica, where Fleming himself had spent part of every year since 1935, with plans to head straight to Government House for lunch. There is a bit of argie-bargie with some paid assassins, after which he finds the natives cheerfully deferential; those who aren’t are easily defeated in hand-to-hand combat with a properly trained white man. 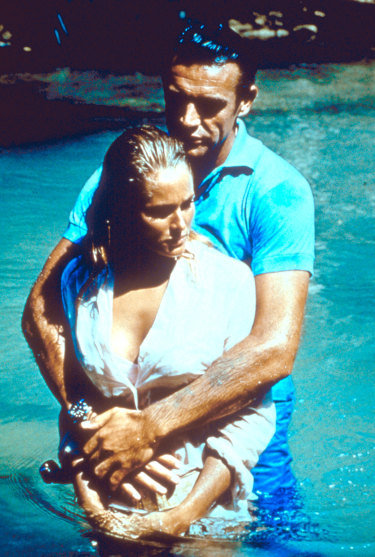 Times have changed since Sean Connery was James Bond in Dr No.

In every other respect, it is an Edwardian fantasy of Empire, its hierarchies intact and habits immutable. The same four lightly suited codgers meet to play the same card games over the same multiple rounds of drinks every evening – although one of them does turn out to be wrong ‘un, certainly, the first of a long line of traitors to present Bond with a spot of trouble en route to the real villain.

The real villain is, of course, usually a foreigner. Dr No was half-Chinese, an identity signified by his Nehru jacket, some Fu Manchu eyeliner and an unplaceable accent, which in itself would have been a source of unease to British audiences. In fact, the actor Joseph Wiseman playing Dr No was a Jewish Canadian, as was the producer who had cannily bought the rights to Bond, Harry Saltzman. His production partner, Albert Broccoli, was an Italian American. Bond’s enduring USP was and is his distilled Englishness, but perhaps it took a couple of foreigners to pinpoint what that was and how to package it.

What Englishness should or can signify in the age of Brexit is hard to nail, although it is the constant question underlying debates about who the next Bond should be. The debonair Bond who sat down on the club veranda with those expatriate card-players had been tempered down the years by the fading of that imperial setting; Bond might have been a colonial construct, but the franchise has endured because it has been able to adapt. 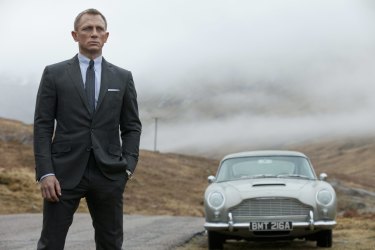 Fleming’s so-called “blunt instrument” is allowed emotions now, to the point of mawkishness. In a dozen years with Daniel Craig, we had betrayed Bond, brooding Bond and bereaved Bond; we even had Bond as Blofeld’s bad big brother, which was hard to swallow for anyone unable to shake the memory of the arch-villain from Spectre as just a pair of hands stroking a Persian cat. In No Time to Die, we have celibate Bond, which amounts to a rebranding.

Indeed, Bond has come a long way in (almost) 60 years; there are no more random seductions at the roulette wheel, no using sex to distract a female adversary (before killing her), no flirting with Moneypenny, who, in the person of Naomie Harris, is now a field agent of a similar rank. There are gadgets and the Aston Martin is still firing from all its headlights, but the aspirational consumption has faded; when his CIA bestie Felix Leiter tracks Bond down to tempt him back into service in No Time to Die, he is living in a modest beach shack, its only luxury a bottle of scotch.

The humour seems to have gone the same way. In no future is Bond likely to make a wry joke as a laser threatens to bisect his scrotum, thus deploying the Englishman’s ultimate weapon against the presumed Germanic humourlessness of Auric Goldfinger. Irony used to be in Bond’s DNA. Watching a crepe-necked Roger Moore tumbling into the cot with those nymphets was creepy, but his raised eyebrow told you he was the first to see its funny side.

The curious thing about No Time to Die is that despite the much-touted (and tutted, by the feminist-fearing conservative press) addition of Phoebe Waller-Bridge to the writing team, it isn’t funny. Not just during the action sequences, which are obliged to be realistically serious since Bond took on the franchise challenge of Bourne, but at all. 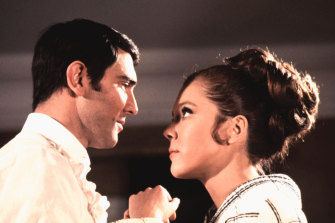 George Lazenby, the Australian who played Bond in one film, with Diana Rigg in On Her Majesty’s Secret Service.Credit:

So what is the modern Bond supposed to be like? Bond is definitely English, despite having been played by a Scot, an Irishman and most recently by a northerner (who is definitely English, but not of Bond’s old Etonian cut) but what signifies Englishness now? Perhaps it’s simply a matter of not being foreign, which – in another demonstration of Bond’s adaptability – is arguably right up to speed with the Brexiteer sensibility.

Exotic locations have always been a central plank of the franchise. As a representative of Empire, Bond would arrive as a restorer of the civilised order, confronting criminal petty dictators, busting drug rings in fictitious banana republics and dealing with megalomaniacs seeing world domination and were usually, by implication, Russian.

Once the villains were dispatched, he enjoyed the tropical imaginary of Fleming’s Caribbean (or India or the Ivory Coast, wherever): “an empty stage of colonial space”, as cultural critic Graham Huggins put it, “prefigured as an arena for adventure, excitement and leisure, to be enjoyed only by the ‘best’ people.” However strange the land, there was always a bar that felt reassuringly familiar.

Recent editions deploy these landscapes more spectacularly than ever, but the aesthetic is that of the postcard. In No Time to Die, the first chapter of the story takes place in an unnamed place in Italy, full of stone houses ranged down cliffs and a colourful custom of writing memories down on slips of paper and burning them to start the year afresh, an idea Bond pursues himself, with – ahem – explosive results. Where this is and whether this custom exists anywhere doesn’t matter. It’s the exoticism of a culture, not its specificity, that makes it work as a backdrop, throwing Bond’s English exceptionalism into sharp and consistent relief.

In fact, according to one of the essays in a fascinating book called The Cultural Life of James Bond (Jaap Verheul), the locations in the Bond films have often been dictated by factors such as tax breaks, co-production deals, availability of local labour or even a single geographical feature (the Varda viaduct, apparently, swung the Skyfall shoot for Turkey) that is useful to the story. They could have been pretty much anywhere, as long as they were somewhere else.

As for the local colour, the Day of the Dead parade in Mexico City that swirls around the action in the opening sequence of Spectre was entirely invented. There were no parades; people would traditionally perform private rituals in cemeteries. These were truly folkloric; the urban parade actually had a modernist flavour, thanks to the contributions of many local artists to the event. Since the film came out, however, tourists have come to Mexico expecting it, so the city obliges: it’s a licence to mill.

Stories like this don’t do anything for Bond’s cosmopolitan image, which anyway only cuts as deep as a finger of vodka. Again, according to the above authors, Bond hasn’t really given up on his imperial project, either. It is just that his focus, despite his acquisition of a French wife, has swung on to Britain.

The modern Bond is always rushing back to base, whether it is to deal with his deep-seated childhood traumas in Skyfall or simply – as in No Time to Die – to snap at M, both less at ease with themselves or each other than ever. There is at least one bejewelled elephant squatting in that room; they really need to discuss it. The next James Bond will certainly be English, whatever else he is. Perhaps he – or she – will also be able at last to decide what that represents.

No Time To Die opens on November 11.

The best of Good Weekend delivered to your inbox every Saturday morning. Sign up here.