Jennifer Lawrence poked her nose into a sticky situation.

While filming “Don’t Look Up,” the 31-year-old actress got into character as astronomer Kate Dibiasky by donning double nose rings and an auburn wig.

But while the faux jewelry helped her embrace the role, it also caused its fair share of on-set snafus.

“In part of my research for the film, I spoke to a female astronomer,” Lawrence told Vanity Fair of her character’s bold style selections.

“We kinda decided that Kate is the type to be fierce and ‘notice me, hear me roar, rat-tat-tat’ kind of lady.”

“And the nose rings…one just kind of hangs in; one is a magnet,” she added to the outlet. “And many, many times I accidentally inhaled said magnet and had to spit it out in front of Leonardo DiCaprio.” 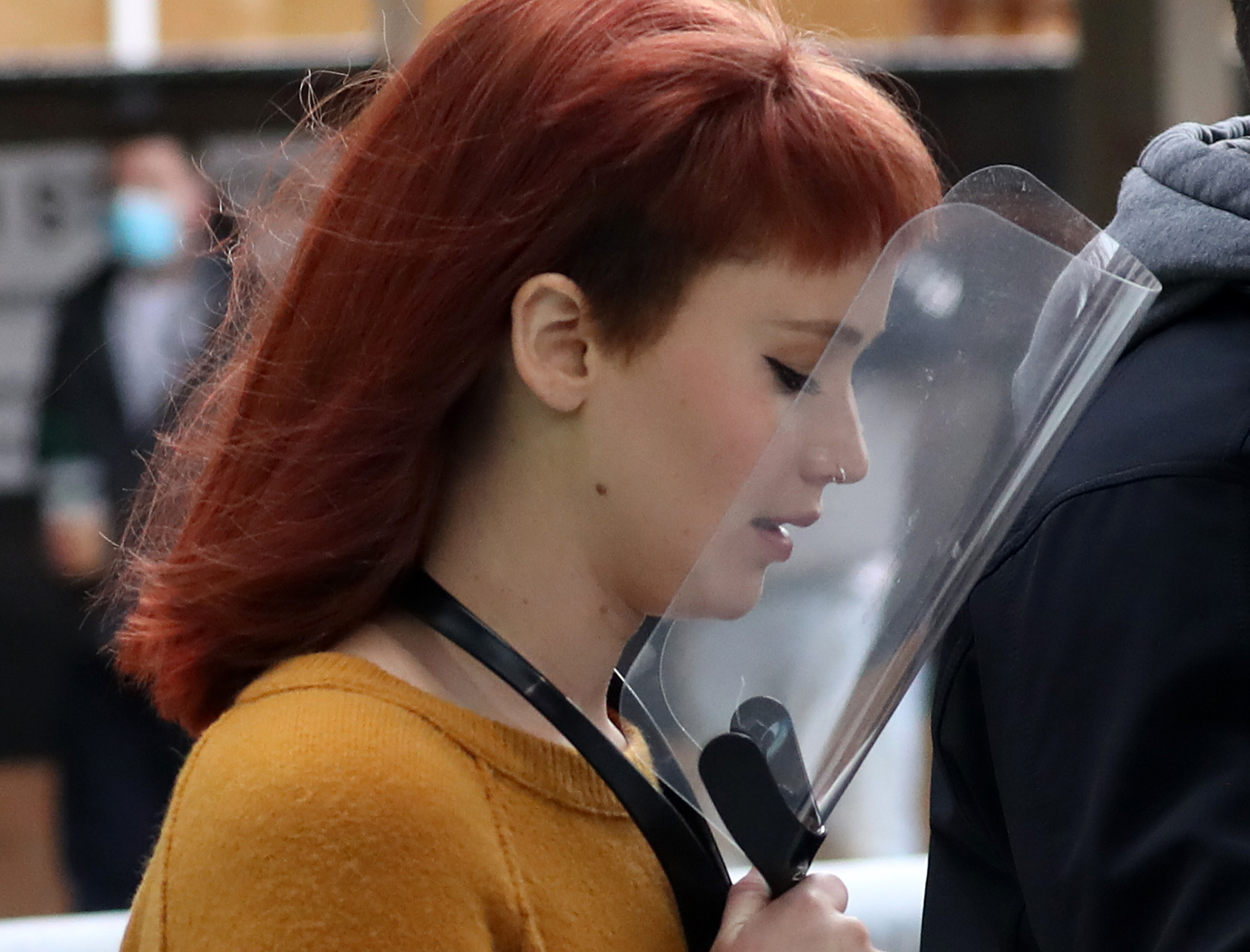 In the upcoming Netflix film, DiCaprio and Lawrence both star as astronomers embarking on a press tour to spread the news of an approaching comet set to destroy earth. 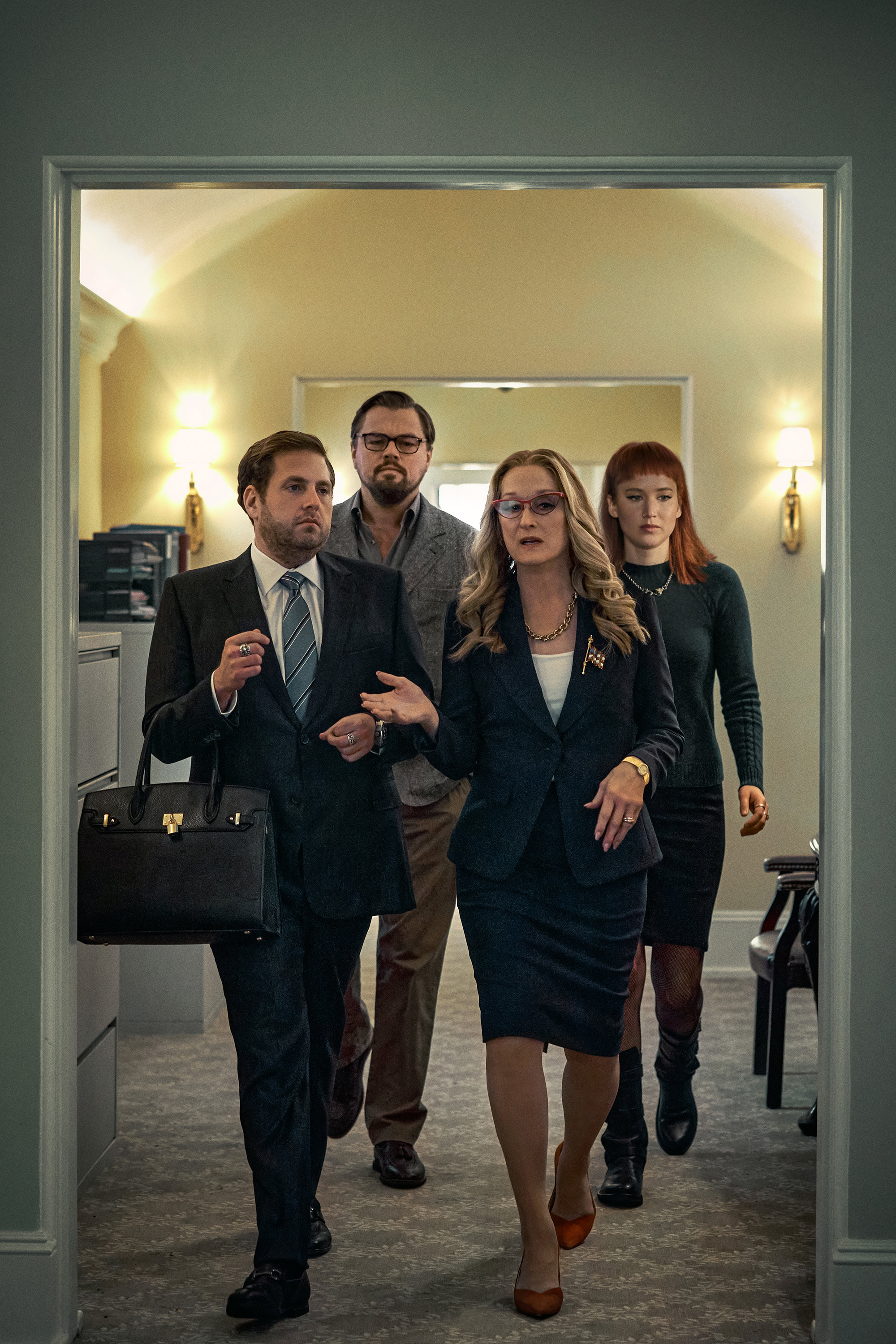 JLaw wasn’t the only one switching up her style for the role, however, as Vanity Fair also asked the actress what was going on with Chalamet’s long hair in scenes from the satirical film.

“What’s going on with all of our hair?” she replied. “He’s just like a badass with a mullet.” 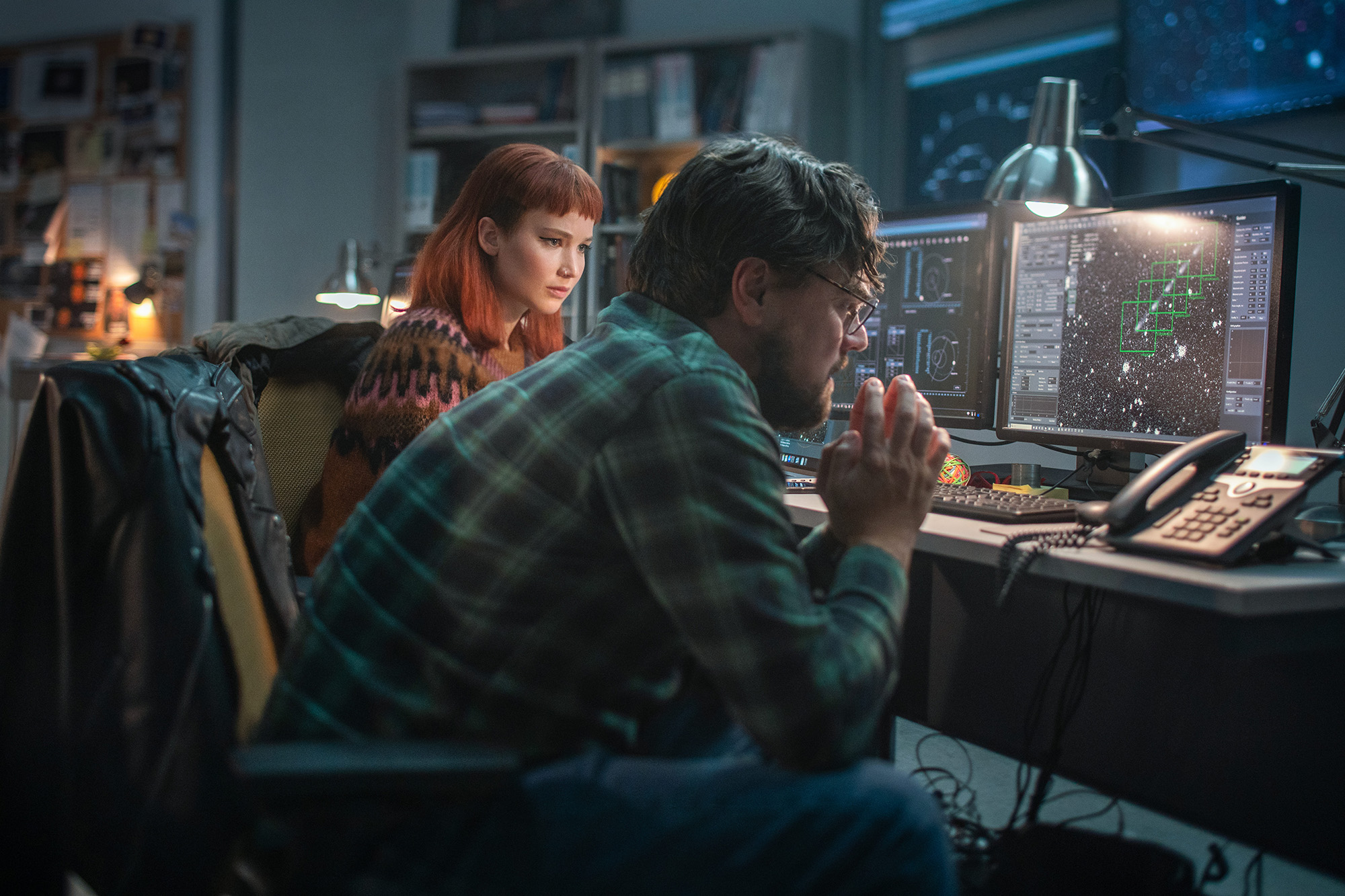 Lawrence reportedly earned a $25 million salary for the dark comedy film, while DiCaprio raked in $30 million, according to Variety.

The “Hunger Games” star, who is currently pregnant with her first child with husband Cooke Maroney, also discussed the eye injury she sustained while filming the sci fi flick in Boston, which Page Six first exclusively reported in February.

“We threw something out a window and the window exploded on my eye, but I’m fine,” the said of the on-set accident.