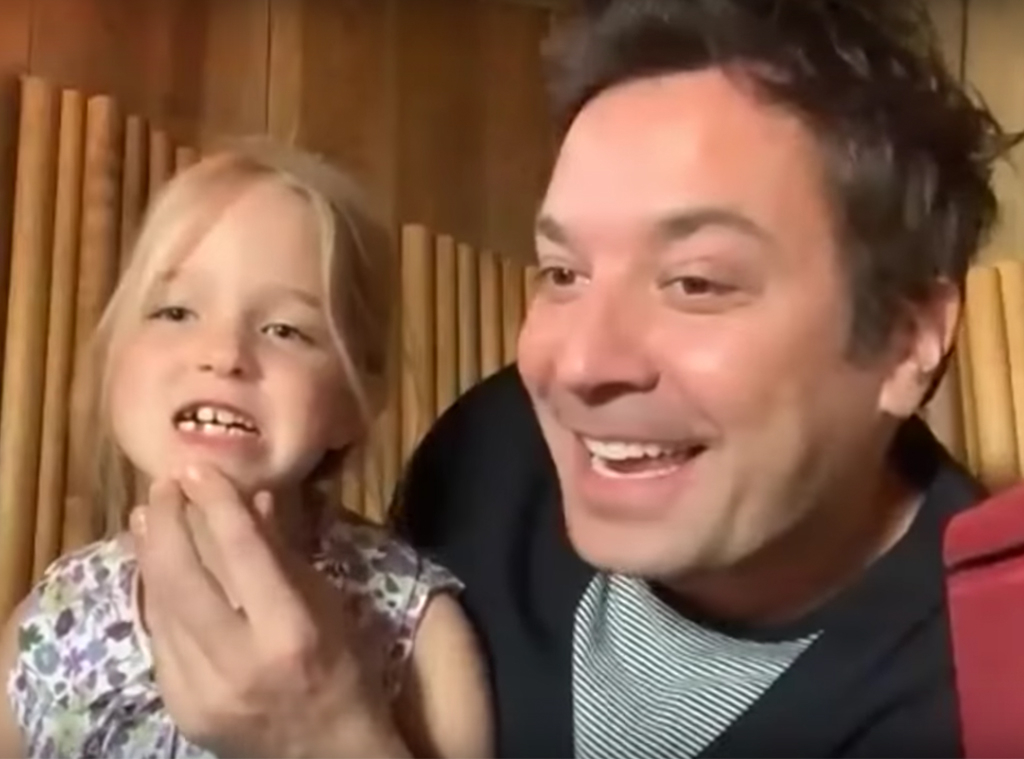 The 6-year-old child announced the big news during Tuesday’s at-home edition of The Tonight Show. Jimmy was in the middle of an interview with Ciara and Russell Wilson when his firstborn came running in to show off her new smile.

“Daddy! I lost my tooth,” she exclaimed.

The late-night host then expressed his excitement over the major milestone and gave his daughter a big squeeze. The singer and the football player wanted to know all the details, too and asked Winnie how it happened.

“Mommy put a string around my tooth,” she said. “Then, she tried to pull it out, and then it worked.”

Jimmy said he hoped “the Tooth Fairy knows that this happened and will be visiting you tonight.”

“She knows!” his wife, Nancy Juvonen, reassured her young one.

Jimmy also held up a bag containing the item along with a label that read “Winnie’s sixth tooth.” His youngest child, Franny Fallon (5), then crashed the interview, as well to join in on the fun.

“Oh my gosh! I’m so proud of you, buddy,” Jimmy reiterated after giving Winnie a kiss on the forehead.

Ciara and Russell could relate to the proud parenting moment.

“Our son Future, when he lost his first tooth, his sister accidentally, like, bumped him…and the tooth—it popped up,” the “1, 2 Step” star recalled. “We tried that string thing, too.”

In addition, the couple talked about how they’ve been social distancing amid the global coronavirus pandemic. Ciara, who is pregnant with her third child, said she’s been hosting dance classes for her kids, and Russell said he’s been providing the children with a little athletic training.

“I’m coaching football, baseball, basketball, all the sports,” the Seattle Seahawks star said, “trying to get them trained up.”

They also said they’ve been cooking, dog grooming and homeschooling. Russell even joked he’s become a celebrity hairstylist and learned how to help out with his wife’s ‘dos. 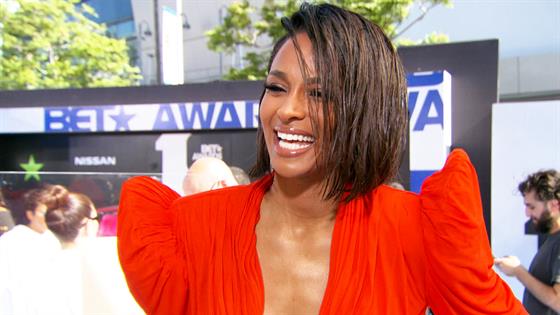 Furthermore, they talked about how they’re giving back, such as by helping to facilitate the making of two million masks through Russell’s company Good Man Brand and by donating one million meals to Feeding America through Wheels Up’s Meals Up initiative.

Watch the video to see the full interview.

(E! and NBC are both part of NBCUniversal).

END_OF_DOCUMENT_TOKEN_TO_BE_REPLACED

A lawyer representing the family of the University of Connecticut senior wanted in two murders said Monday that the suspect has a history of mental illness and urged him to surrender. “If you are listening, your entire family loves you,” attorney Michael Dolan said Monday, addressing 23-year-old suspect Peter Manfredonia,

END_OF_DOCUMENT_TOKEN_TO_BE_REPLACED

END_OF_DOCUMENT_TOKEN_TO_BE_REPLACED
Recent Posts
We and our partners use cookies on this site to improve our service, perform analytics, personalize advertising, measure advertising performance, and remember website preferences.Ok