When Joost Bakker builds a house, it is a lot more than just shelter.

It’s an ingenious zero-waste ecosystem that grows all the food, supplies all the water and generates all the power its residents need. 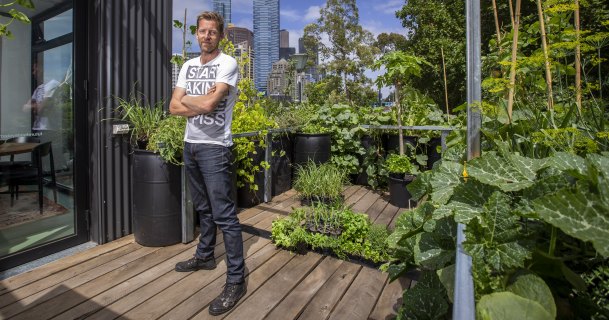 “I was shocked by the volume of food that we grew”: Joost Bakker at the eco house he built at Melbourne’s Federation Square.Credit:Wayne Taylor

The Dutch-born florist, designer, restaurant entrepreneur and environmental advocate proved all this was possible with an eco home called Greenhouse he built during the pandemic.

“I wanted to build a residence for two people and prove that you could be self-sufficient – food positive, energy positive, water positive – in a city like Melbourne,” he says from his home at very wet Monbulk, east of the city.

“And I was shocked by the volume of food that we grew. We had over 20 varieties of mushrooms growing in the house, insects, meal worms eating styrofoam.

“We had trout and barramundi and yabbies and freshwater mussels. Over 250 varieties and species growing on one building that had a tiny footprint of under 100 square metres.”

Well-known in Melbourne from its 18 months in Federation Square, Bakker’s urban marvel is celebrated in an inspirational new documentary, Rhian Skirving and Bruce Permezel’s Greenhouse by Joost.

Opening in cinemas this month after winning the audience award at Melbourne International Film Festival, it is the first of up to 10 environmentally themed films that Documentary Australia, a non-profit philanthropy-backed body, will support in a new scheme to boost their social and cultural impact.

Bakker’s earlier projects in Melbourne include Silo by Joost, described as the world’s first zero-waste cafe, then Brothl, a soup bar where chefs created rich broths from fish and animal bones thrown away by upmarket restaurants.

Frustrated that Australians were still not getting excited about zero waste, he decided to build Greenhouse entirely from materials that were recyclable, non-toxic and did not generate any waste. 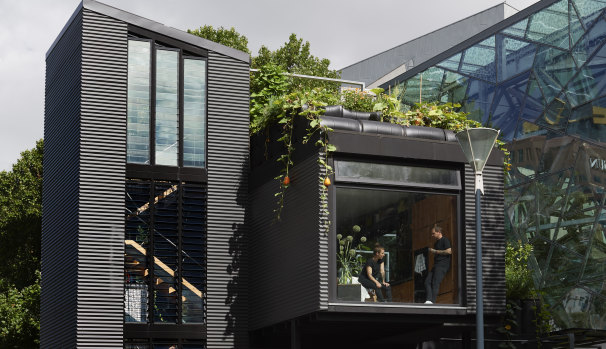 Fruit, vegetables and herbs were grown in planters. An aquaponics system raised fish. Food scraps and human waste were put through a bio-digester, which provided gas to a rooftop barbeque.

Chefs Matt Stone and Jo Barrett moved in and, once lockdowns allowed, started creating meals from the gardens for small sittings of diners.

Bakker says he is not frustrated any more about new houses being built around the country without considering sustainability.

“I’ve been doing what I’ve been doing for 25 years and about 10 years ago I decided I was wasting way too much energy getting angry about what others are doing,” he says. “I thought the best thing I could do was build examples of what could be.” 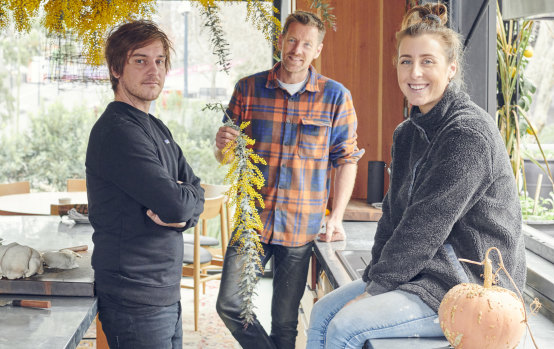 Despite grim times internationally, Bakker is optimistic about the future for housing.

“I hate to say it but the war in Ukraine, the energy crisis in Europe [and] the food crisis, everybody around the earth is really thinking how do we do things differently, how do we create more resilient, more local economies?” he says.

At a cost of $100,000 a year, it will help documentaries reach a wider audience and have more of an impact, including a program of corporate, educational and community screenings.

“They all tell stories about different aspects of the environment that we need to be aware of and try to push for change on, whether it’s renewable energies, regenerative agriculture, water, trees or logging.”

The next two documentaries in the scheme are Karl Malakunas’ Delikado, about environmental crusaders battling to save an island paradise in the Philippines, and Laurence Billiet’s The Giants, about environmentalist Bob Brown and his spiritual connection to trees.

Greenhouse by Joost opens in Victoria and Tasmania on November 10, NSW, ACT, Western Australia and South Australia on November 17 and Queensland on November 24. Joost Bakker will be touring the eastern states to speak at Q&A sessions. Details here.