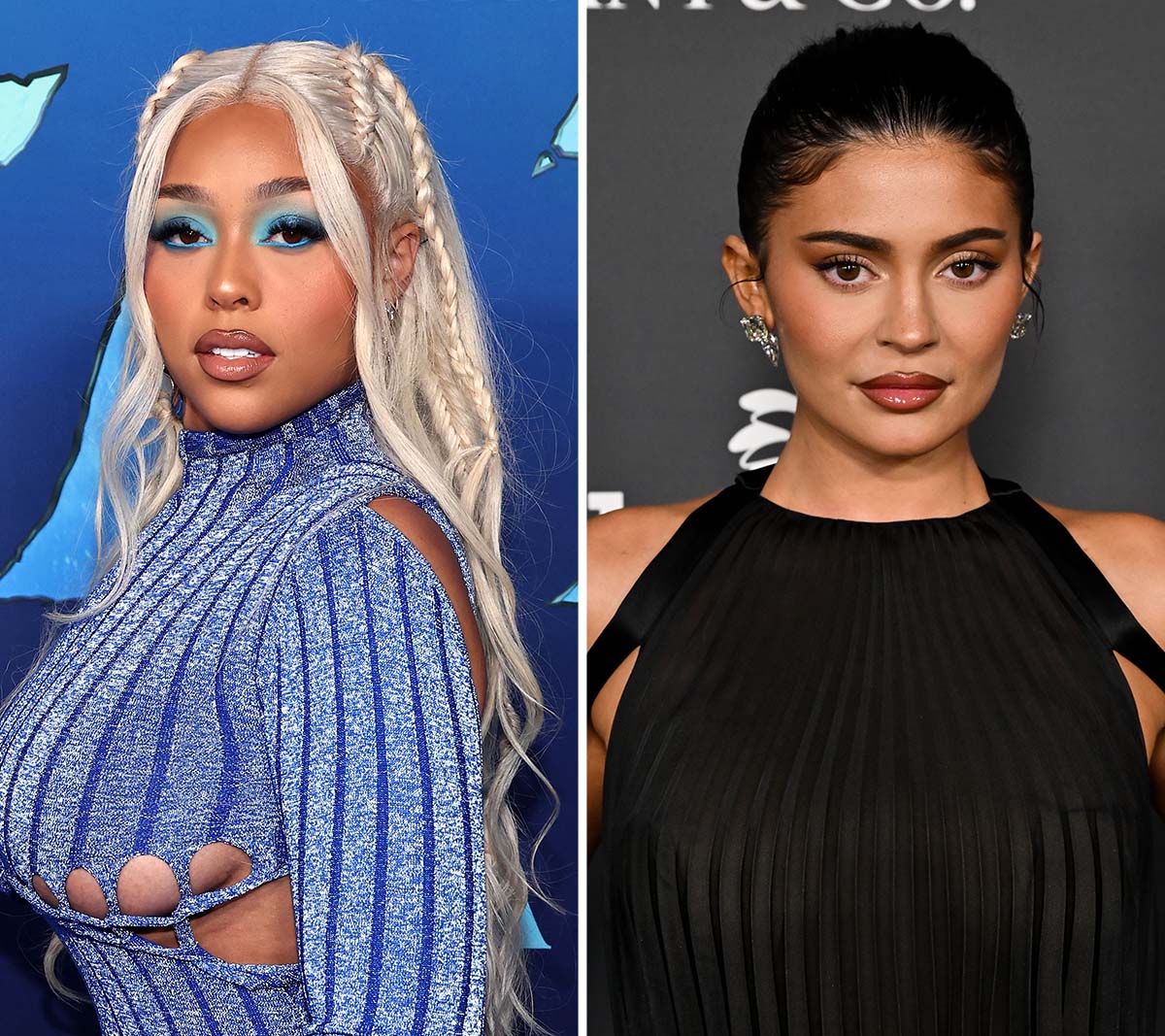 Denying any drama. Jordyn Woods said she didn’t have Kylie Jenner — or anyone else — in mind when she posted a TikTok video showing off her full lips.

Earlier this month, the Masked Singer alum, 25, participated in a trend where she hid her lips before revealing them. “Thank you mom & dad for these genetics,” she captioned the clip, in which a sped up version of The Weeknd‘s “Party Monster” played in the background. The song includes the line, “Angelina, lips like Angelina,” referring to Angelina Jolie‘s famously voluptuous pout.

After fans accused Woods of throwing shade at the Kylie Cosmetics founder, also 25, the model responded in the comments section to clarify her intentions. “There’s no shade toward anyone,” the California native wrote. “This is a trend I’ve seen a bunch of girls doing and I wanted to hop on.”

Kylie Jenner and Jordyn Woods: Everything We Know

Woods and Jenner were BFFs until 2019, when the Grown-ish alum hooked up with Tristan Thompson. At the time, the NBA player, 31, was in a relationship with Khloé Kardashian. Jenner and her bestie had been living together, but Woods moved out following the cheating scandal.

In March 2019, Woods opened up about the situation during an episode of Red Table Talk. She admitted that she kissed Thompson, but she denied rumors that they slept together. “It was a kiss on the lips, but no tongue kiss, no making out, nothing,” she said at the time. “I didn’t know how to feel. I was like, ‘That didn’t just happen.’”

Jenner, for her part, later said that Woods’ actions felt like an affront to her even though they affected her older sister, 38. “When we were friends, we never thought that we wouldn’t be friends, it was kind of an overnight thing,” the Life of Kylie alum explained during the Keeping Up With the Kardashians reunion in June 2021. “When she did something to my family, it felt like she did something to me.”

Tristan Thompson’s Drama Through the Years: A Timeline

The beauty mogul has also been sensitive about her lips over the years, revealing last year that her obsession with lip liner started when she had one of her first kisses. “A guy said to me, ‘You are such a good kisser, but you have such small lips’ or something like that,” Jenner recalled during the KUWTK reunion. “I took that really hard. Just when a guy you like says that, I don’t know — it just really affected me. I just didn’t feel desirable or pretty.”

The reality star explained that she then began experimenting with makeup to make her lips appear larger before moving on to cosmetic procedures. “I really wanted bigger lips,” she said. “I would over-line my lips with lip liner just to create the illusion of bigger lips. And then, finally, I was like, ‘This lip liner isn’t doing it,’ and I ended up getting my lips done.”

Jenner’s affection for a larger pout led her to create Kylie Cosmetics, which she founded in 2014 with the launch of her famous lip kits. She has since expanded the line to include eyeshadow, skincare and more.