“The Bachelor” is practically synonymous with long, sparkly evening dresses — but when it came time to pack for Matt James’ season of the ABC dating show, native New Yorker Kit Keenan chose to leave the gowns behind.

“I actually didn’t pack any long dresses. I don’t know why!” the 21-year-old daughter of fashion designer Cynthia Rowley told Page Six Style with a laugh.

And despite embattled host Chris Harrison’s calling her “maybe the best-dressed woman we’ve ever had,” Keenan followed the rules when it came to the show’s two-suitcases-per-contestant guideline.

“In the beginning, I only had two suitcases, and I know there were some other people who definitely had more coming into the show,” she said, admitting that her mother did send some “backup” options to the Nemacolin Resort later on. (“Kit had boxes and boxes of outfits shipped to where we were shooting the show,” Harrison has said.) 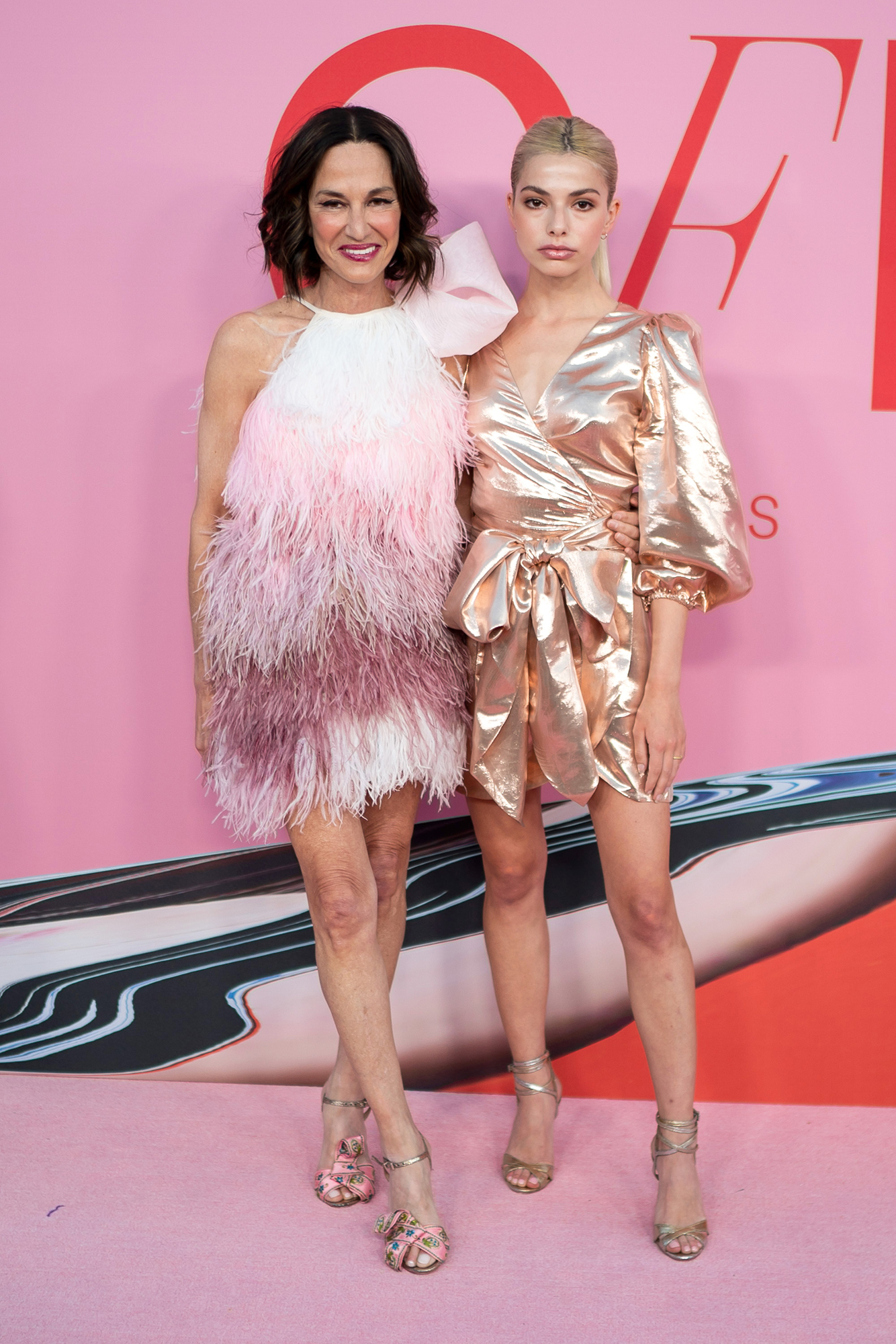 As for her packing strategy? “I’ve watched the show in the past, so I knew there should be certain outfits for certain activities: cocktail parties, casual outfits, fitness stuff. You kinda have to come prepared, honestly,” Keenan explained. “A lot of the pieces were my mom’s [designs]; I didn’t have that much time to pack.”

Style highlights from Keenan’s time on the show include a lamé wrap dress ($144), a suede fringe jacket ($365) and a black lace mini, the latter of which Rowley “made custom” for her daughter.

“Actually, that was meant to be my night-one dress,” the star revealed. “But I switched at the last minute because I thought the feathers were more fun, and I’m very, very happy with that decision.” 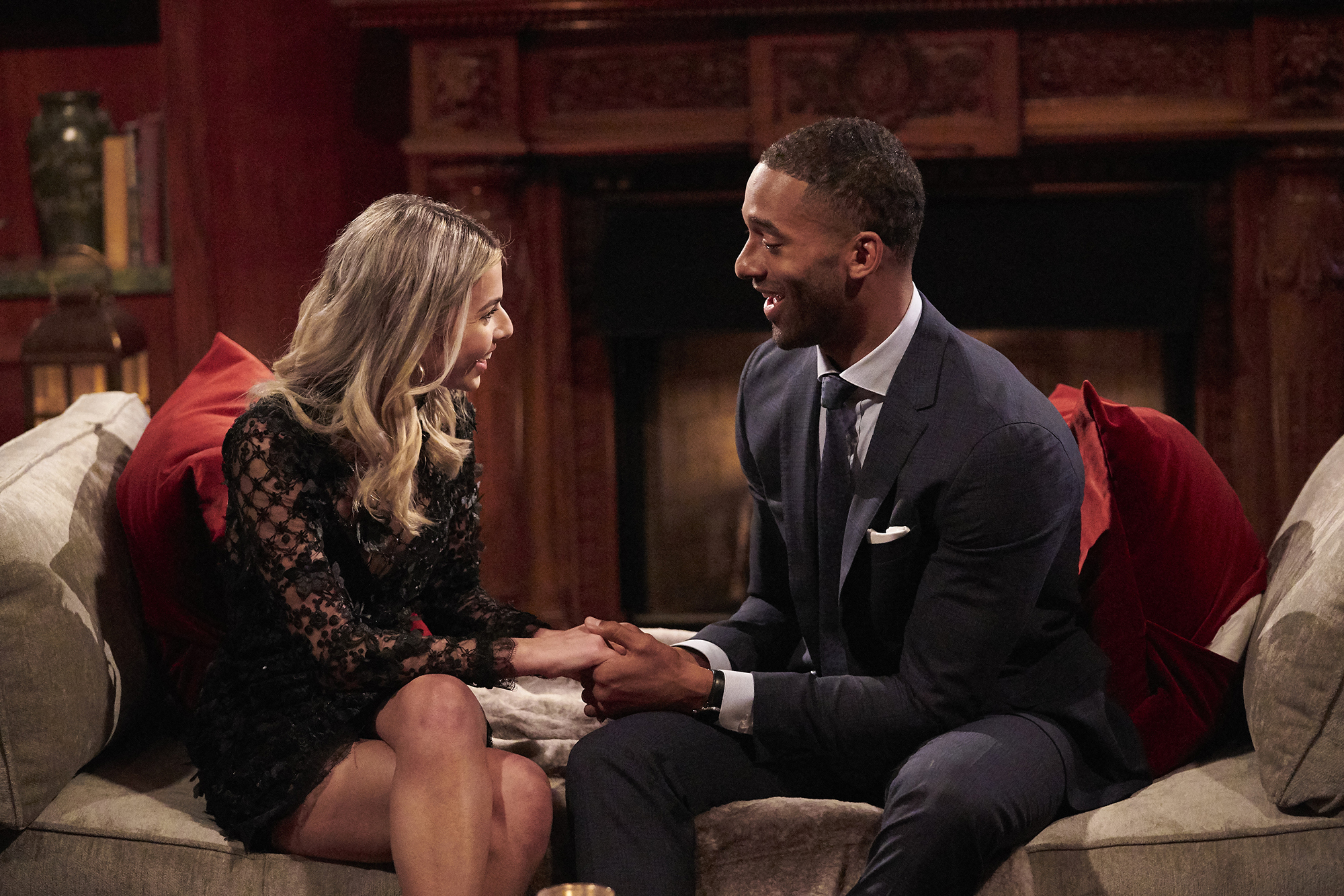 The $795 feathered party frock in question, which features ombré-dyed ostrich plumes and a thigh-high hemline — a rarity for rose ceremonies — was later renamed “The Kitty” in her honor. And fun fact: Keenan debuted the style on her mom’s runway back in early 2019.

“She does all of her clothes in small quantities, and she actually brought it back after I wore it on the show because there were so many people asking where I got it,” Keenan recalled of the now-sold-out design. “I just felt as though that dress was very me and quite unique. It definitely showed the New York side of fashion, I think.”

Although Keenan sent herself home just a few short weeks after her one-on-one date with James, 29, she had only kind things to say about the former college football player — and his fashion sense, down to those signature skinny jeans.

“He has great legs, so why not flaunt them?” she said. “I thought that his outfit for our date was great. I loved his pink sneakers; I definitely want them for myself.”

Keenan donned a cropped denim jacket from Off-White to bake cookies with James and told us she wished she’d had the opportunity to show off some of her other laid-back looks during her time on TV.

“I love getting glammed and doing the whole cocktail-hour thing, wearing a pretty dress and heels, but I also love wearing a cool puffer jacket, leather pants and sneakers,” she said. “And I feel like there weren’t as many moments for my casual outfits. They’re more fitting for Instagram anyway, so it’s okay!”

Indeed, she’s currently got 330,000 followers on the photo-sharing platform, all eager to double-tap her latest looks. But Keenan, who’s currently a senior studying fashion and business at NYU, plans on being far more than a professional influencer (and as she’s made clear, don’t even think about calling her a “socialite”).

For starters, there’s her namesake collection of streetwear featuring artwork from the likes of Richard Prince, Mark Grotjahn and Vaughn Spann, which is about as far from Rowley’s flirty, feminine dresses as you can get.

“It melds fashion, which is my mom’s world, and art, which is my dad’s [art dealer Bill Powers]. I’ve learned so much from both of them and I’m so inspired by them, because they’re both so passionate about their work,” she said.

Eventually, Keenan — who also co-hosts a podcast called “Ageless” with her mother — said she could see herself continuing to design.

“It’s just about finding my place in the industry,” Keenan noted.

“There’s a lot of ethical issues that I struggle with when I think about working in fashion in the future,” she continued, pointing to the environmental and humanitarian hazards associated with clothing production.

“However, I also think there’s so much room for change in fashion in terms of sustainability, the fashion cycle and breaking heteronormative and historically racially biased norms in the industry. There’s definitely hope.”

Case in point? The rise of rental and resale, the latter of which happens to be Keenan’s favorite way to shop.

“A lot of the clothes that I wore on the show — and also that I wear in my everyday life — are things I got on The RealReal or at vintage stores,” she shared.