Home » Lifestyle » Leaders must act to clean up party politics

Leaders must act to clean up party politics

Politicians can have surprisingly short memories when it suits them. It was just over two months ago that Prime Minister Scott Morrison and the deputy Liberal leader and Treasurer, Josh Frydenberg, were calling for heads to roll over allegations of branch stacking within Labor ranks in Victoria.

With the tables now turned after similar allegations were made against the Liberals in Victoria, the Prime Minister and his Treasurer spent this week following the mantra "nothing to see here, move along". That just won't wash.

Not when one of the main players involved in the alleged branch-stacking operation happens to be serving as the Coalition's Assistant Treasurer and Minister for Housing. And not when Michael Sukkar is accused of backing a scheme to give taxpayer-funded jobs to factional operatives in the office of Liberal MP and party elder Kevin Andrews. 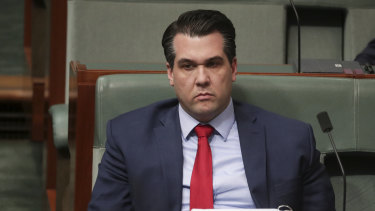 There have been some moves to investigate the allegations. The government has called on the federal Finance Department to probe the work that went on inside the political offices in question, and the Victorian Liberal Party will conduct a review of its membership lists. But it falls well short of what is needed.

These allegations once again make the case for a national anti-corruption body with strong enough powers to investigate such practices. It's almost two years since Mr Morrison announced his intention to establish a Commonwealth Integrity Commission, but it still appears some way off becoming a reality. The effective corruption-busting work being done by similar bodies at a state level in Victoria and New South Wales sometimes creates serious challenges to governments and their reputations, but that is no excuse for the Coalition to drag its heels on a federal version. Australians deserve better.

But even without such a body, there is still work that could be done. The foot soldiers of these latest branch-stacking allegations are electoral officers, who were called upon to spend their time attracting party members and potentially breaking the law in doing so.

As former Liberal opposition leader John Hewson pointed out this week, parliamentary staffers have little accountability beyond that to their member or senator. He made the worthwhile suggestion that they should sign up to a code of conduct, with significant penalties for breaches, and possibly ensuring they are scrutinised and accountable to a parliamentary committee.

It's also time that Mr Morrison and Mr Frydenberg, who is Victoria's most senior Liberal politician, took a more forthright public stand against the practice. It does the reputation of the Liberal Party, and the broader political system, little good to avoid the issue.

At a time when Australians are relying on governments at all levels to make high quality decisions to tackle the health and economic fallout from the pandemic, we need our political parties to be robust, democratic forums that promote and nurture committed and competent politicians. If the parties are instead full of members who have been bought and sold in fake recruitment drives by factional powerbrokers on the basis of doing what they are told, the politicians they preselect be of questionable quality.

And that ultimately undermines the quality of public decision making.

It would be of great service to all of us if present-day political leaders of all persuasions do the hard work today to clean up their parties and ensure that merit, capability and character are what wins the day in internal party forums, rather than corrupt backroom deals.

Note from the Editor

The Age’s acting editor Michelle Griffin writes a weekly newsletter exclusively for subscribers. To have it delivered to your inbox, please sign up here.

END_OF_DOCUMENT_TOKEN_TO_BE_REPLACED

END_OF_DOCUMENT_TOKEN_TO_BE_REPLACED
Recent Posts
We and our partners use cookies on this site to improve our service, perform analytics, personalize advertising, measure advertising performance, and remember website preferences.Ok