Los Angeles Lakers star LeBron James said over the weekend that he plans to keep his decision private over whether he will get a COVID-19 vaccine. The NBA is hoping that vaccinations, becoming more widely available on a state-by-state basis, will help make the remainder of its season safer, but it will not mandate that its players be vaccinated to play out the rest of the 2020-21 NBA season.

“That’s a conversation that my family and I will have. Pretty much keep that to a private thing,” James said. “Obviously I saw [NBA commissioner Adam Silver] had his comments about the vaccination. But things like that, when you decide to do something, that’s a conversation between you and your family and not for everybody. I’ll keep it that way.”

Getting a COVID vaccine is a decision that no active players have yet been forced to make, as Silver confirmed that none have been vaccinated yet, but a number of them have expressed uncertainty about eventually receiving one. 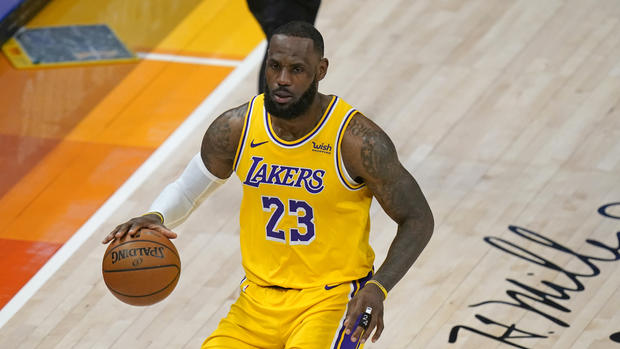 The NBA has played the entire 2020-21 season under the cloud of COVID-19. A number of players have tested positive for the virus and countless others have been subjected to the NBA’s contact-tracing guidelines, forcing them into lengthy quarantines and ultimately leading to the postponement of 31 games during the first half of the season.

The NBA has created a number of public service announcements featuring league legends in order to help encourage others to get vaccinated. Bill Russell, Kareem Abdul-Jabbar and Gregg Popovich have all participated, but a number of active players have reportedly been hesitant to do so themselves. NBPA executive director Michele Roberts recently told Yahoo Sports that player reactions to the vaccine have ranged from “‘Hell no, I’m not taking it’ to ‘Why can’t we take it sooner?'”

Silver noted that CDC guidelines do not mandate quarantines for close contact with those who have tested positive if they have been vaccinated. That not only makes it easier for players to stay on the court after being vaccinated but could also loosen restrictions on what they are allowed to do off of it. For now, most players remain ineligible to receive the vaccine, though, so they still have plenty of time to determine whether or not they plan to do so, or share their decisions with the public.

This story originally appeared on CBSSports.com.