Lynsey Crombie ex-husband was arrested for sex offence against child

Queen of Clean Instagram star Lynsey Crombie, 41, reveals police swooped on her paedophile ex at their home – and the trauma caused her to go into early labour with her twin daughters, now 18

Social media star Lynsey Crombie has revealed how her home was ransacked by police looking to arrest her then husband on child sex offences – causing her to go into early labour with her twins.

Lynsey, 41, who is known for her Queen of Clean Instagram account, which boast 232, 000 followers, spoke of her distress after learning her first husband was a child sex offender shortly after she gave birth to their daughters 18 years ago.

The mother-of-three – who is now happily married to second husband Rob, with whom she has one son – was left a single mother, and her children were placed on the Child Protection Register as soon as she left hospital with them. 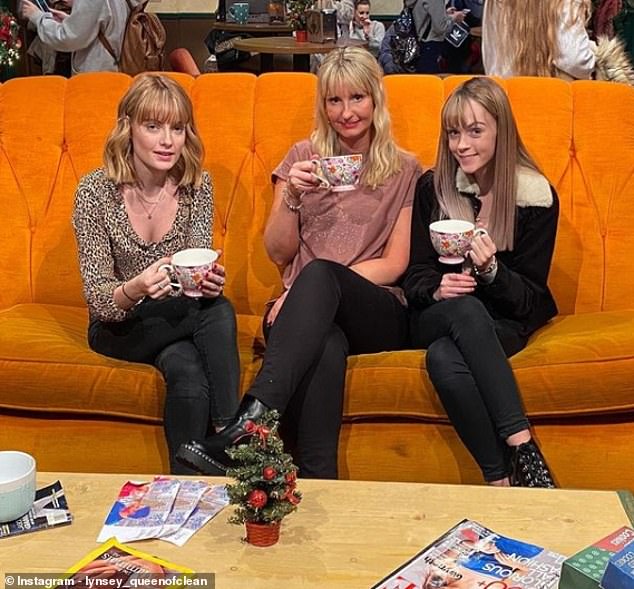 Social media star Lynsey Crombie, pictured with her two teenage daughters, revealed how 18 years ago, her home was ransacked by police hunting her then husband on child sex offender charges. She told the show she into an early labour with her twins days later 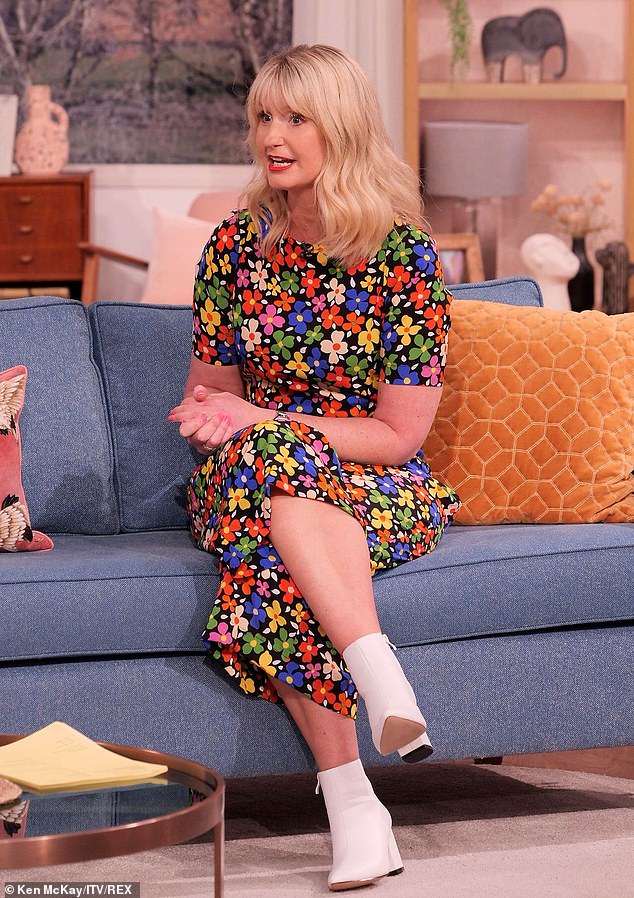 Lynsey, 41, spoke on This Morning of her distress after learning her first husband was a child sex offender shortly after giving birth to her two girls 18 years ago 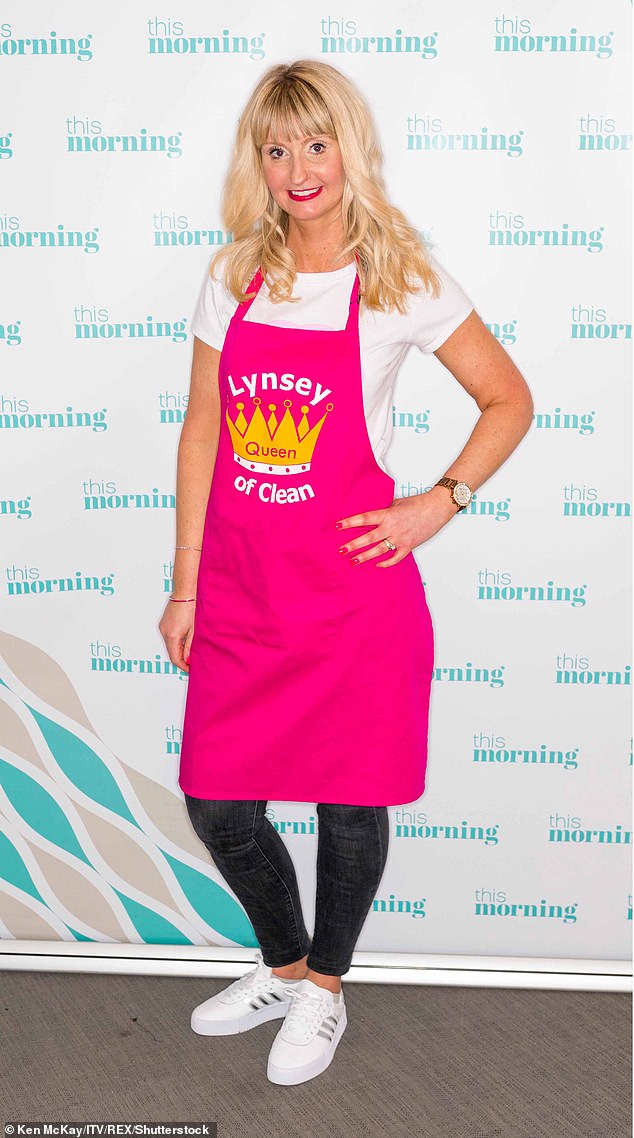 The star boasts 232,000 followers on Instagram after her cleaning tips saw her win legions of followers

Lynsey admitted on This Morning she felt ‘judged’ as a parent, and was forced to attend several meetings with other women whose partners were also paedophiles – despite not knowing the full extent of her ex-husband’s crime until six months later.

‘They basically just ransacked my home and took loads of stuff and took him away and I had no idea’, she told This Morning on Wednesday.

‘I had been back to visit my parents for a few days and I thought “What’s gone on while I’ve been away?”, and a few days later, I went into early labour with the twins.’

Lynsey who was 25 at the time, had known her first husband, who she won’t name and was seven years older, for just over a year at the time. They’d met while living in Kingston, Surrey.

‘My mum used to call him catalogue man’, said Lyndsey. ‘He looked like he’d stepped out of a catalogue, business guy, with a really good job.

‘I was young, very influenced by him and I saw a great life ahead, but what I didn’t know was he wasn’t that person I thought he was. He was a wine and diner, he would take me overseas all the time, and I was living a very good lifestyle at a very young age, he had a beautiful home.’ 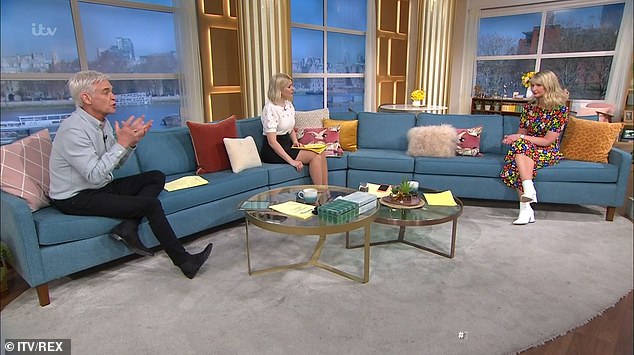 Lynsey admitted on This Morning she felt ‘judged’ as a parent, and was forced to attend several meetings with other women whose partners were paedophiles

She admitted that her ex-partner was exhibiting strange behaviour such as ‘pulling the wires out of his computer’, but that she didn’t notice them because she was ‘blinded by love’.

‘He did a few things that weren’t quite right and now I’m older and I look back and think, why did he pull the wires out of the computer when I would go into the room? Why did he disappear at night? Why did random people knock on my door and accuse him of doing stuff?

‘I just had no idea, I was blinded by the situation, the fancy wedding and blinded by love. I was very naive’. 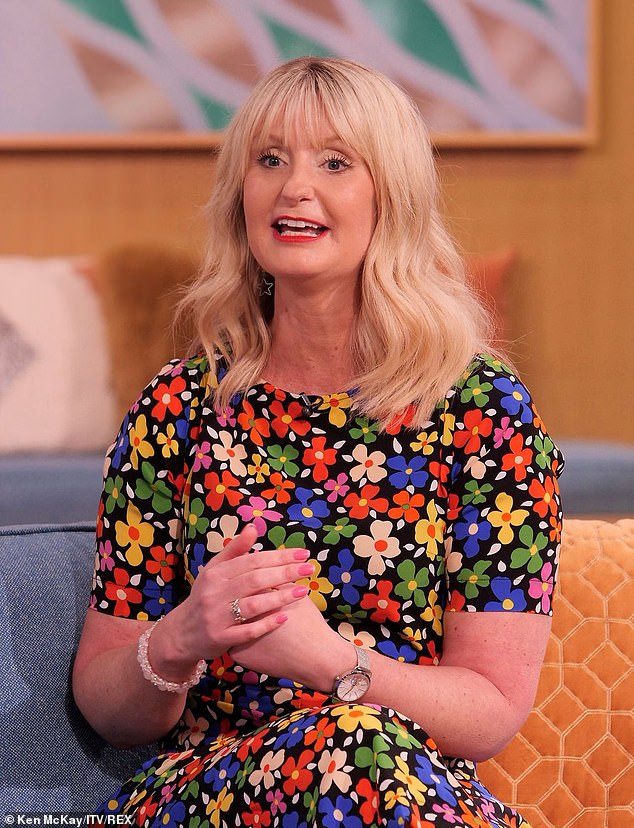 Lynsey who was 25 at the time, had known her first husband, who she won’t name and was seven years older, for just over a year. They’d met while living in Kingston, Surrey

After falling pregnant the couple re-located to be near her ex-partner’s new job and shortly after moving, Lindsey’s home was ransacked by police and her husband was arrested.

Due to the trauma of the arrest, Lindsey was sent into premature labour and gave birth in a special-care unit.

She explained: ‘The girls went on the Child Protection Register as soon as they were released from hospital, which was a hell of a label to carry around with me.

‘I felt like I was being judged as well and not a good parent for my children to be on this list, which was not a nice list to be on.

‘I had to go to numerous meetings with ladies who were connected to these types of people. I never got the true story, this happened in late May, until November of what he had done.’ 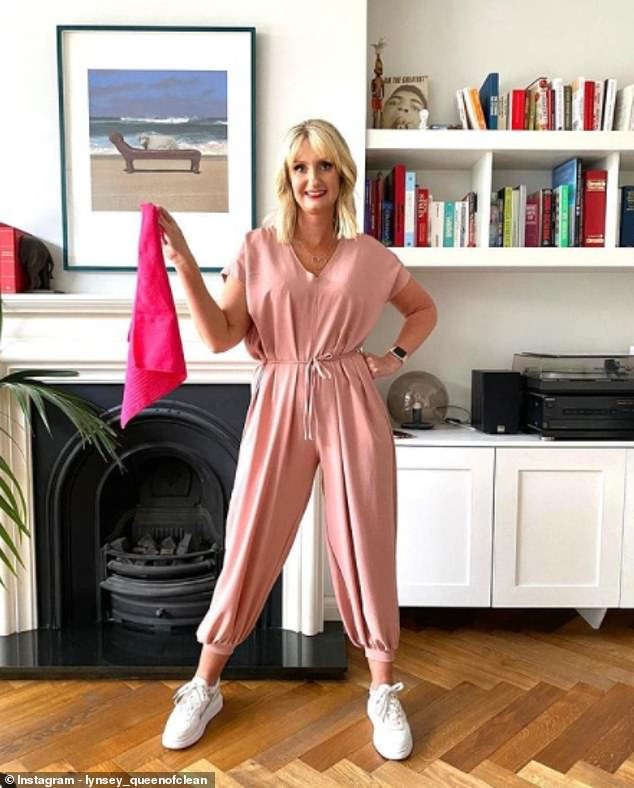 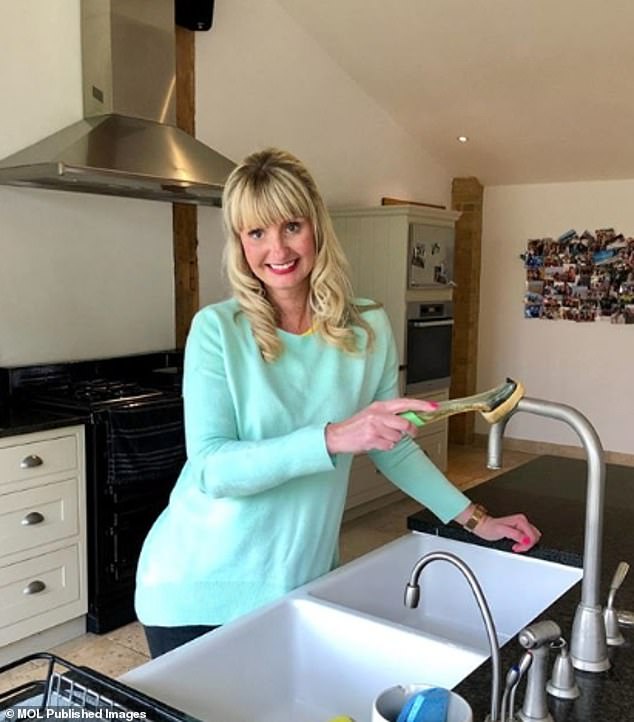 Lynsey enjoys regular appearances on ITV’s This Morning and has two books to her name, as well as a third to be released later this month

Lynsey – who first came to fame throwing hoarders’ junk into skips on Channel 4’s Obsessive Compulsive Cleaners – enjoys regular appearances on ITV’s This Morning and has two books to her name, as well as a third to be released later this month.

But the mum admitted that cleaning started as a ‘form of therapy’ when counselling and medication did ‘nothing’ to deal with her trauma.

‘It was a coping mechanism’, she said, ‘Bottles of bleach, I would pour them onto my surfaces and scrub. It was like I was scrubbing away the pain.

‘It was a way I felt I could deal with this I had counselling and medication and nothing helped I only felt happy when I was cleaning…for me it was like a form of therapy.’