A man who almost missed out on a date with his Tinder match after cheekily inviting her to a ‘job interview’, has revealed the couple are now getting married.

Jason Forry, 28, from Edinburgh, sent an amusing message to Natalie Anderson, 27, which nearly backfired as her ‘HR team’ replied, declining the date.

But determined Jason then bet Natalie that he could get more than 200 likes if he shared their messages on Facebook, and she agreed that she’d go on a date with him if he succeeded.

Sure enough, his post went viral and four years on from their first date, the couple have announced their engagement. 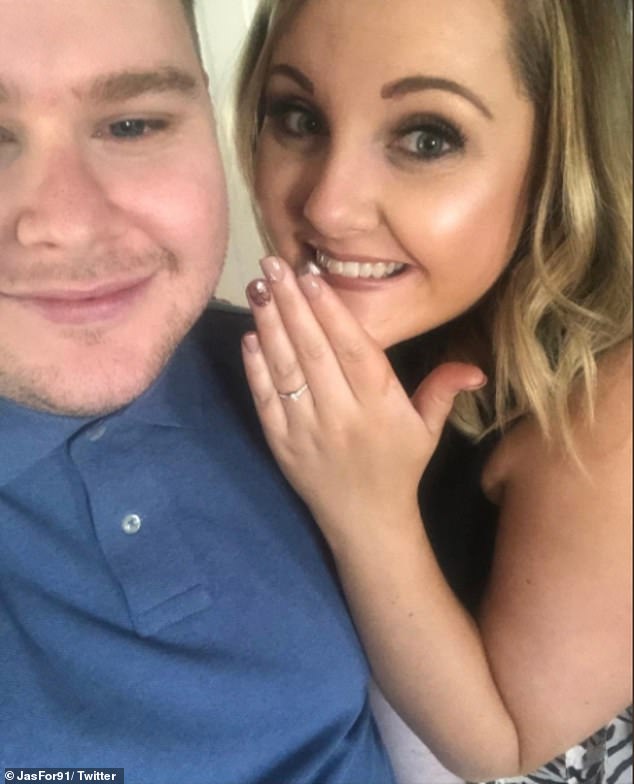 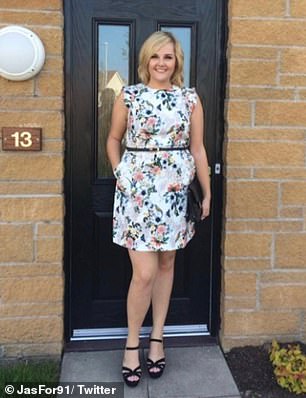 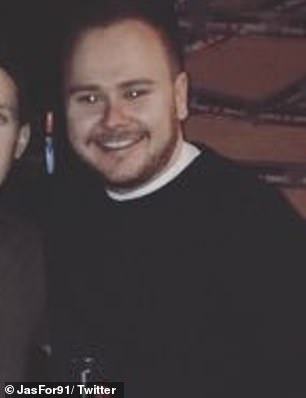 Close call! Jason sent an amusing message to Natalie in 2015 which nearly backfired as it appeared to leave her less than impressed

Taking to Twitter to share the pair’s first messages to each other, Jason’s opening line read: ‘Dear Natalie. Thanks for your interest in Jason. We have reviewed your profile and would like to invite you to an initial interview.

‘Jason is a very busy man so it would be ideal if you could just write a little about yourself, interests and such, good luck in your application.’

But Natalie was quick to mock Jason’s invite, with her ‘HR team’ replying: ‘Upon receiving your message, it has been brought to our attention that there may have been some technical difficulties with the system that matched Natalie to Jason.

‘We accept full responsibility for this glitch and unfortunately upon reviewing Jason’s profile we find that Natalie is not compatible with your client and have to decline the interview on this occasion.’ 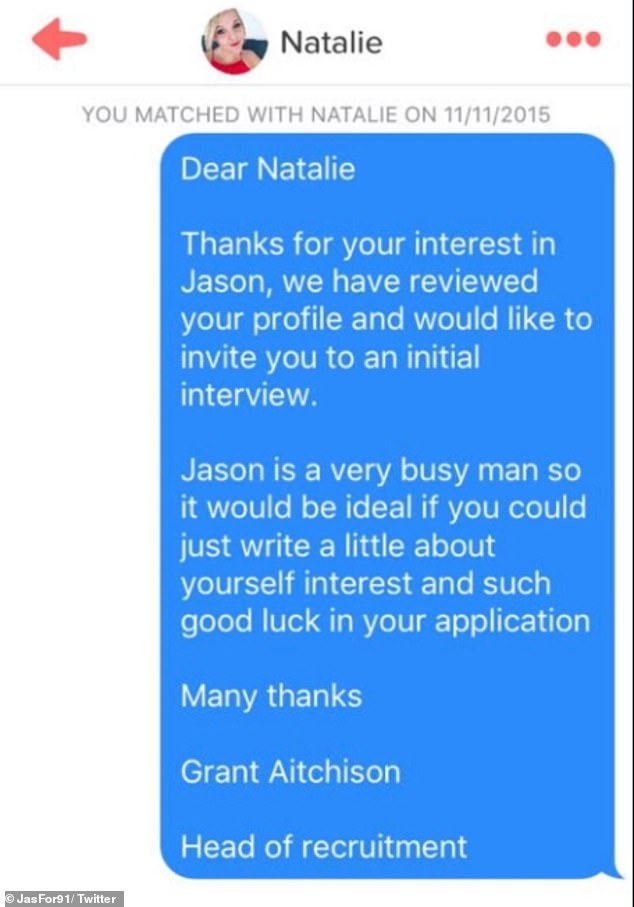 Romantic? Jason’s opening line read: ‘Dear Natalie. Thanks for your interest in Jason. We have reviewed your profile and would like to invite you to an initial interview’ 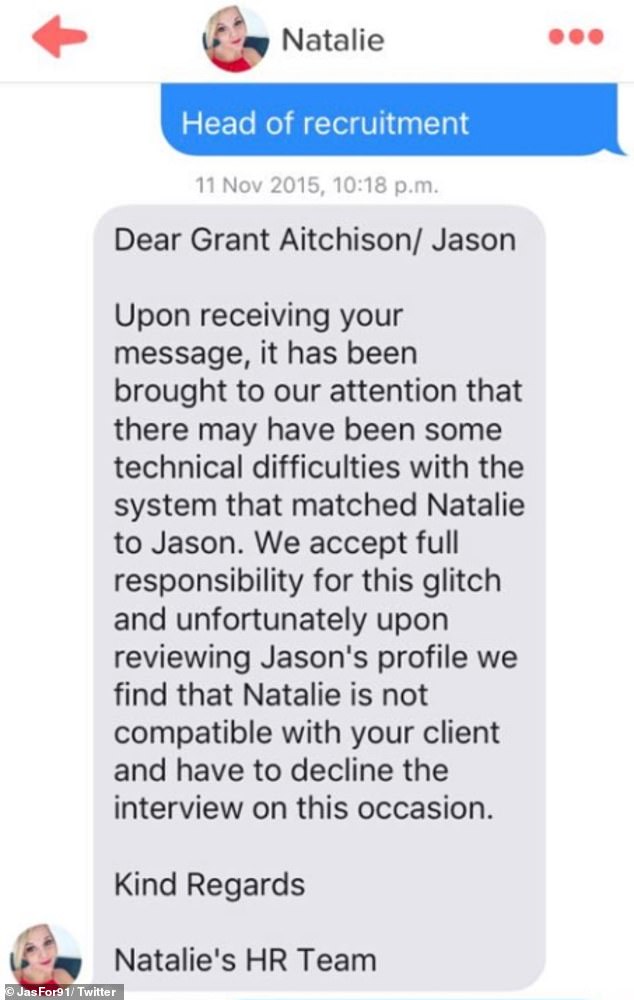 But it emerged Natalie was quick to mock Jason’s invite, with her ‘HR team’ replying the above

Yet Jason wasn’t one to be deterred, and arranged the bet to try and win Natalie’s affections.

Social media users were left in stitches after her shared snaps of their initial conversation in 2015.

And the couple have since gone viral once again, with their engagement announcement on Twitter reaching more than 60,000 likes.

‘Mental that I’m gonna marry the girl who ripped the p*** out on me on Tinder’, Jason revealed.

Speaking to the Daily Record, he said: ‘It’s pretty funny, but obviously with the way we are dating nowadays a lot of people can relate. 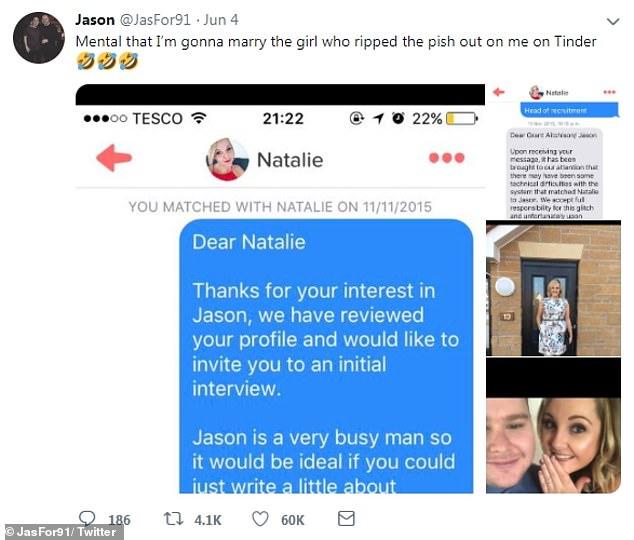 Reaction: The couple have since gone viral, with their engagement announcement on Twitter reaching more than 60,000 likes

‘Everyone who’s single is likely using Tinder, so I think they’re hoping there’s someone out there for them.’

He added that he and Natalie ‘got on like a house on fire’ during their first date, but needed to be picked up by pals after drinking a little too much alcohol.

‘After that we went on a few more alcohol-free dates and ended up making it official on December 19, 2015,’ Jason added.

The loved-up couple moved in together a year later, and adopted a cat from an animal rescue shelter.