A man whose fiancée was left disabled after a car crash has admitted the incident is making him reconsider getting married.

Posting anonymously on US-based forum Reddit, the man explained he still loves his fiancée but is worried about how their lifestyle will be impacted following her life-changing injuries.

He said that he will have to spend the remainder of his life as her care giver and admitted he’s now unsure if they should go ahead with getting married.

Responses to the post were torn as many urged him to have therapy before ending their relationship, while others argued his fiancée deserves someone better and he shouldn’t get married if he’s even asking the question. 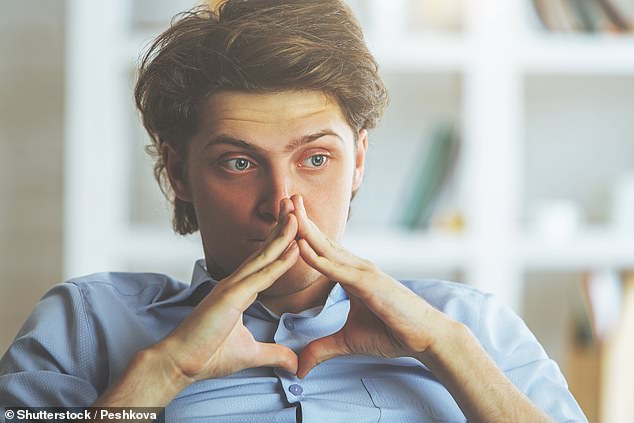 An anonymous man took to U.S-based forum Reddit, to reveal concerns about marrying his fiancee who was left disabled by a car accident (file image)

Posting on Reddit, the man explained he’s worried about becoming a care giver for the rest of his life and how their lifestyle will be changed

The man shared his concerns, saying: ‘I feel like I’ll be seen as the bad guy if I don’t marry her. I love her, but her becoming paraplegic has seriously altered how we live our lives.

‘To clarify, her disability was from a car accident; not an illness. I think about our future, and I don’t see how we’ll be a good fit. I can no longer be active with her, sex will be a challenge, and I will become her caretaker for the rest of my life.

‘This is a very difficult decision for me to take. I don’t know what I should do. Should I break up with her, or should I wait a little longer to see if I will change my mind?’

A number of responses advised the man to postpone the wedding and talk to a therapist about his feelings instead of ending the relationship.

One person wrote: ‘I don’t think there’s anything wrong with the feelings you’re experiencing and wanting to end the relationship due to his fiancée becoming a paraplegic. Not everyone wants to be a care taker.

‘This is a massive change, primarily for her, but also for you. You both need to give yourself time to grieve for the life you thought you would have. I’d definitely say seek out therapy to really investigate and reflect on your feelings. Perhaps you may want to postpone the wedding.

‘If you want to leave, go. No one should feel obligated to be with someone and you’re entitled to be happy and fulfilled in a relationship.’

Another said: ‘Therapy is probably your best bet. This is likely a grieving process for both of you. Its natural to be afraid and uncertain in times like this. There are things you can do to answer pretty much all of your concerns. Are you willing to find out if they work for you?’

However, others blasted the man for his post, saying: ‘She deserves someone that loves her fully, not someone that stays around because of obligation. If you’re not the right person, let her find them, don’t punish her with your pity.’

One person wrote: ‘When you’re up at the altar and you say “in sickness and in health” this is the kind of thing it’s referring to. You’re already saying that your love for her is conditional, so do her a 100 per cent solid and don’t let her find that out after you’ve married her.

‘I’m not going to say that you’re a bad person because the situation is quite tough, but it’s clear that you shouldn’t marry her unless you’re certain that you can accept her as she is. She deserves nothing less than someone who wants to be with her unconditionally.’

‘Plenty of paraplegics find love, move on if it isn’t working for you. Save her the pain of becoming dependent on you further,’ another said.

A third added: ‘… I feel I would 100 per cent stand by man. I love his soul with my whole heart and I would do anything for him. Every day with him is a privilege. No sex isn’t really a problem for me personally and there are other forms of intimacy. I think he would do the same for me.’