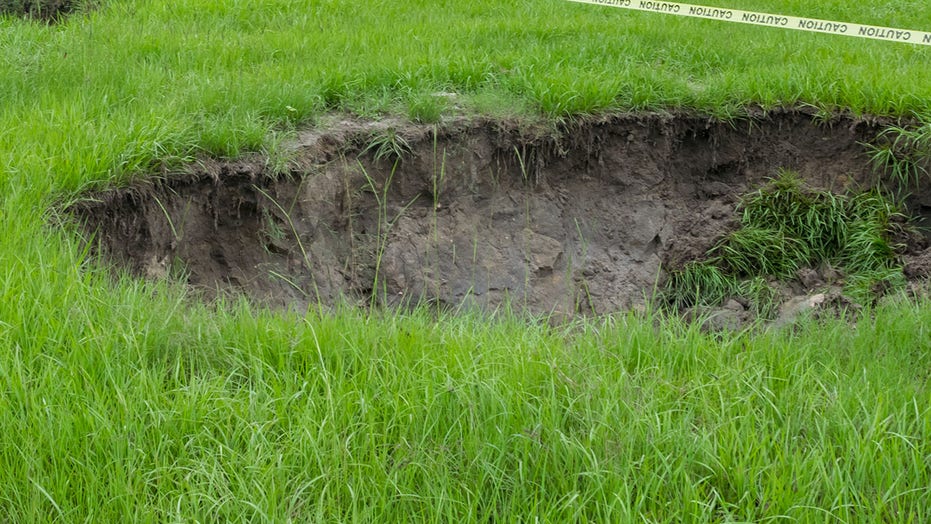 No homeowner wants to find one of these.

A family in Florida says that a massive hole appeared in their backyard overnight. According to the father, Paul Ivory, he believes the recent hurricane may have been responsible.

Ivory went outside to mow the lawn at his home in Pasco County last Saturday and found a hole that appeared to be six-to-seven feet across in his backyard, Fox 46 reports. While it has yet to be officially declared a sinkhole by local authorities, Ivory said he still isn’t happy to see it.

He told local reporters, “Oh my God, I couldn’t believe it. I didn’t know what … that’s a sinkhole. I’m like how did that happen so fast. I have a 6-foot hole, about 6 or 7 feet across.”

The family contacted Pasco County Emergency Management to figure out what to do with the hole. According to them, the local fire department showed up and painted a perimeter around the hole. The family was instructed to keep an eye on the hole and to contact the fire department if it continued to grow and reached the paint.

Ivory said that things could have been worse, however.

“Had I been mowing the grass, I would’ve fell in and got killed by the lawnmower,” he explained. “Thank goodness it happened at night. We don’t want the pets over there.”

He believes that the recent downpours from Tropical Storm Elsa caused the hole to open up, or at least sped up a process that had already begun.