“I just snapped. I was leaning against the wall in my kitchen, waiting for the ambulance to come, and I felt like, ‘This is as low as it gets for me.'”

Michael J. Fox is recalling the “darkest moment” of his life since his Parkinson’s diagnosis in 1998.

In an interview with PEOPLE, the 59-year-old actor detailed how a negative experience with an unrelated health condition made him question “everything.” 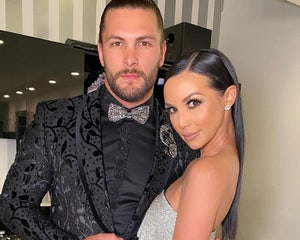 The “Back to the Future” star said he underwent surgery in 2018 to remove a noncancerous tumor, which “was constricting the [spinal] cord, so they had to be very careful in removing it so they wouldn’t do further damage.”

“I was heading for paralysis if I didn’t get it operated on,” noted Fox, who is currently promoting his upcoming memoir, “No Time Like the Future.”

Following the surgery, which was successful, Fox then underwent a four-month recovery process and had to relearn how to walk. After vacationing with his family on Martha’s Vineyard, the “Family Ties” traveled back to New York City to prepare for a cameo in a Spike Lee movie the following day.

However, that morning, Fox, who was alone, he fell in his kitchen and broke his arm. As a result, his perpetual optimism temporarily took a hit.

“That was definitely my darkest moment,” he recalled. “I just snapped. I was leaning against the wall in my kitchen, waiting for the ambulance to come, and I felt like, ‘This is as low as it gets for me.’ It was when I questioned everything. Like, ‘I can’t put a shiny face on this. There’s no bright side to this, no upside. This is just all regret and pain.'”

“Parkinson’s, my back, my arm … it still didn’t add up to moving the needle on the misery index compared to what some people go through,” Fox added. “I thought, ‘How can I tell these people, ‘Chin up. Look at the bright side. Things are going to be great.'” 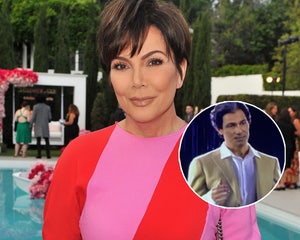 How Kris Jenner Reacted To Watching The Robert Kardashian Hologram

Fortunately, he was ultimately able to reclaim his positive outlook by watching television reruns, which he watched while recovering from his injury.

“Optimism is really rooted in gratitude,” Fox explained. “Optimism is sustainable when you keep coming back to gratitude, and what follows from that is acceptance. Accepting that this thing has happened, and you accept it for what it is. It doesn’t mean that you can’t endeavor to change.”

“It doesn’t mean you have to accept it as a punishment or a penance, but just put it in its proper place,” he added. “Then see how much the rest of your life you have to thrive in, and then you can move on.”

As for his life now, amid his ongoing battle with Parkinson’s, the “Spin City” star told PEOPLE his main priority is spending time with his wife, Tracy Pollan, and their children, 31-year-old son Sam, 25-year-old twins Aquinnah and Schyler, and 19-year-old daughter, Esmé.

“It’s not that I wasn’t sincere before, but my gratitude is deeper now, from having gotten through the darkest times,” he said.

“I’m actually having a really good time,” Fox added. “People don’t believe me, but I love life. I love being with my family. I love being with Tracy. I love that I don’t do a lot of useless stuff that I used to do, because I don’t have the energy or the time. I’m grateful that I went through a crucible there in my late 50s. I figured some of this crap out finally, and it didn’t haunt me into my 70s and 80s.”

“No Time Like the Future” hits bookshelves on November 17.

END_OF_DOCUMENT_TOKEN_TO_BE_REPLACED

END_OF_DOCUMENT_TOKEN_TO_BE_REPLACED
Recent Posts
We and our partners use cookies on this site to improve our service, perform analytics, personalize advertising, measure advertising performance, and remember website preferences.Ok