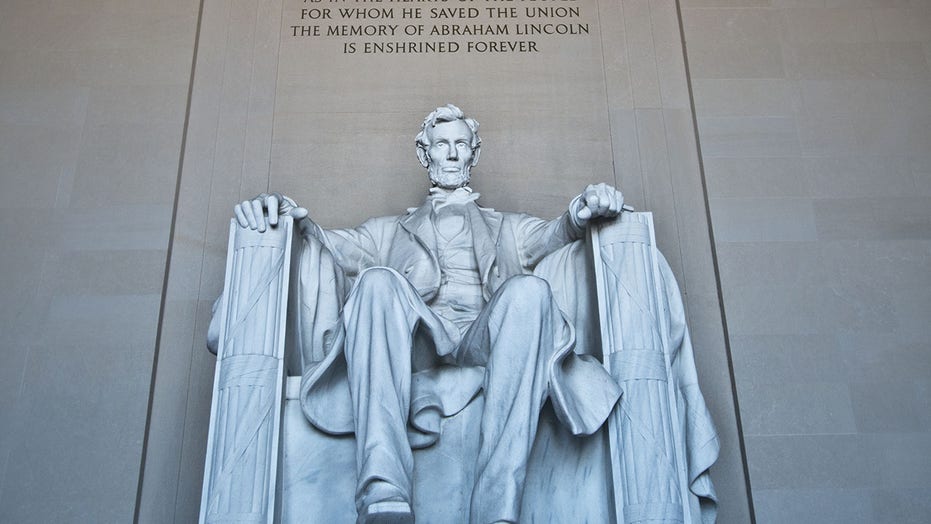 Abraham Lincoln is cool as ice.

It’s always fun to celebrate the first major snowstorm of the year by building a snowman. One New Jersey resident, however, has taken things to a whole new level.

Robert Schott built a 14-foot-tall snow-sculpture of the Lincoln Memorial in his front yard in Cranford, CBS New York reports. Since debuting the monumental recreation, Schott’s yard has reportedly become a hotspot for locals in the neighborhood.

The sculpture isn’t Schott’s first foray into snow-themed art. In previous years, he’s reportedly wowed his neighbors with ice sculptures of Olaf from “Frozen,” a giant pumpkin and even Snoopy and his dog house.

“I’m always asked why do I do this,” Schott told CBS New York. “One is I like to create, but I think more importantly is the joy it brings to people that come to see it.”

He explained that this isn’t something he can do every year.

According to him, “You have to have the weather just right. I have to feel good. I have to be not traveling, not commuting into New York where I normally work. So, everything just aligned to be able to do this, and maybe there was something bigger, beyond me, that allowed it to happen.”

Schott reportedly spent 60 hours working on the project. Fortunately, his hard work has apparently paid off. According to local reports, his neighbors regularly stop by to take pictures and just appreciate the sculpture. It’s apparently not uncommon for people driving by to pull over and take a picture of the snow-Abe.