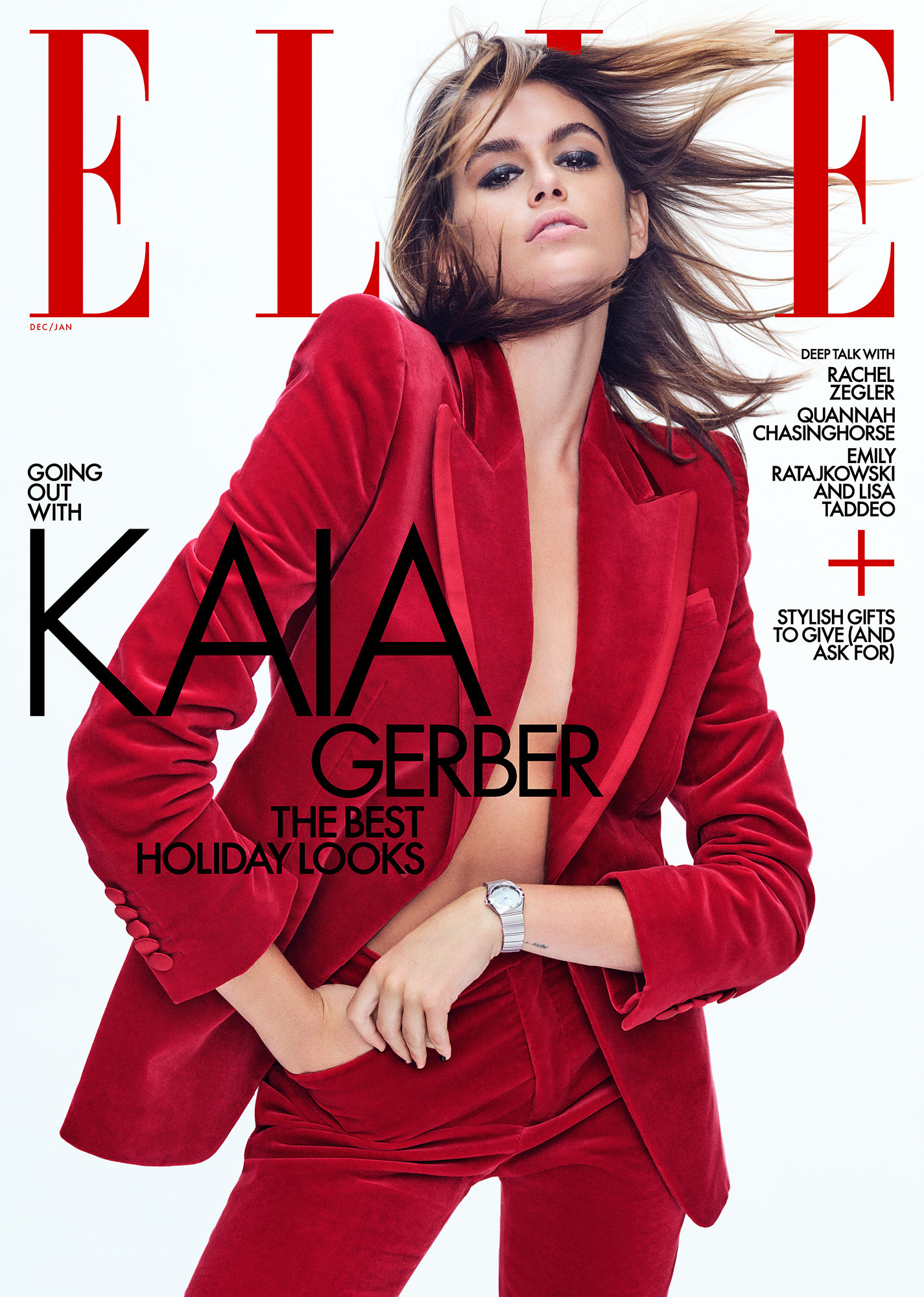 Double take! Kaia Gerber stunned on the cover of Elle — and her outfit should look a little bit familiar. The 20-year-old model, who recently split with Jacob Elordi, wore a reimagined version of the ever-iconic red velvet Gucci suit Gwyneth Paltrow first rocked at the 1996 MTV Video Music Awards.

Kaia Gerber and Jacob Elordi: A Timeline of Their Relationship

While the look-a-like nature was hard to miss, the menswear-inspired look, which was initially made by Tom Ford, has gotten an upgrade in the 25 years since it made its debut. The current version was designed by Gucci’s creative director Alessandro Michele for the brand’s spring 2022 collection.

There are very subtle differences along the lapels and pockets, but it’s safe to say that this look stood the test of time. And Gerber even put her own twist on the history-making outfit thanks to some styling changes.

While the 49-year-old Goop founder initially paired her ensemble with a blue button up and had her hair slicked back into a ponytail, the YSL Beauty ambassador put a sexier spin on the outfit. She skipped an undershirt altogether and let her hair loose.

Fans picked up on the “Who Wore It Best” moment pretty instantly. “The red suit❤️⚡️,” a user wrote on Gerber’s Instagram post. “Wow they’re bringing that back from the ‘90s! I remember when Gwyneth Paltrow wore that suit,” another person commented on Elle’s editor-in-chief’s Nina Garcia’s post.

Gerber isn’t the only one to bring back the power suit from the archives. The Politician star put her own spin on the look she brought to popularity earlier this year.

For the Gucci Love Parade in October, Paltrow wore the upgraded red suit — and she even styled it the same exact way. Her hair was in a loose chignon, her collared shirt was unbuttoned and her makeup was nearly identical.

While the fabulous fashion moment obviously sent style lovers spiraling, it shouldn’t come as too much of a surprise. Paltrow talked about how much she loved the look in an April video with Vogue, calling the suit “one of my favorites.” 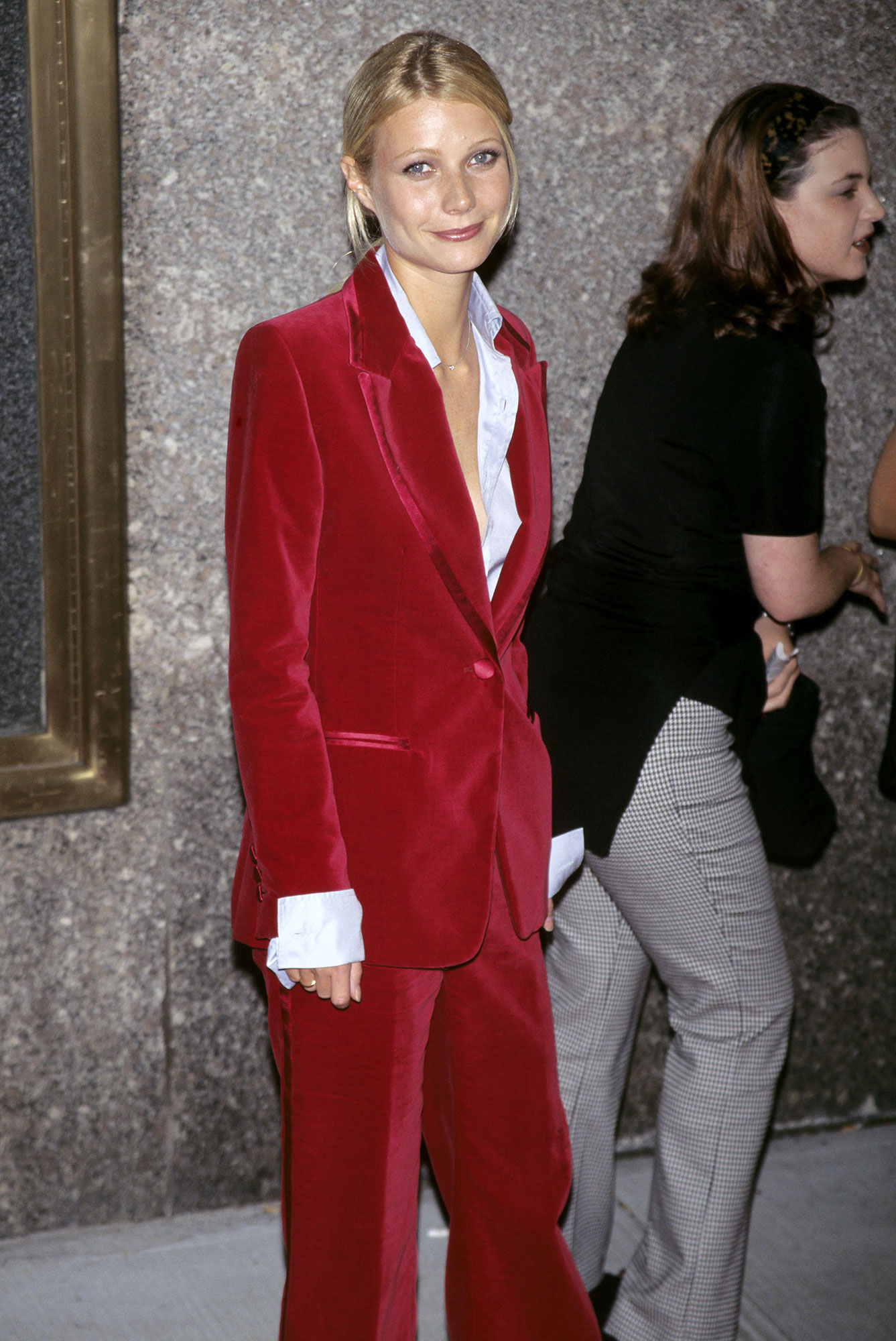 “This is one of Tom Ford’s original collections for Gucci. I was super — as everybody was at the time – obsessed with what he was doing for Gucci. He completely revolutionized the brand,” she said in her Life in Looks clip. “Everybody was clamoring to get anything they could from the collection and I was very lucky to borrow this beautiful red velvet tuxedo from him.”