SLEEPLESS nights are part and parcel of being a parent, but one mum seems to have cracked the code to getting her baby to sleep. 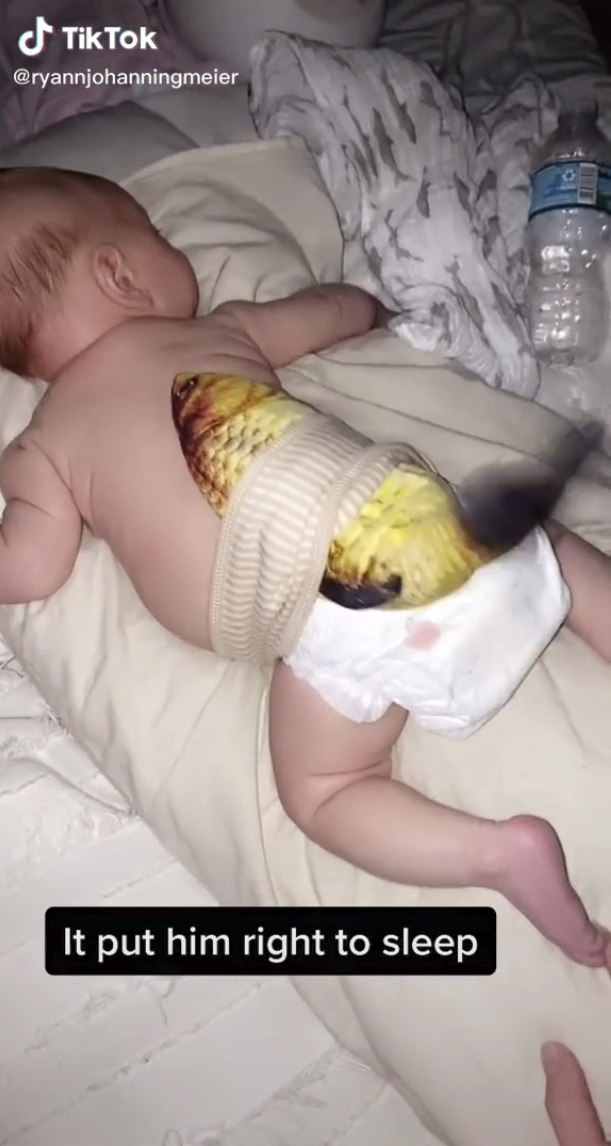 The electronic fish toy was strapped to her son as it gently wagged its tail until he fell asleep.

The electronic toy was originally meant to be played with by cats, but in this case it’s been lauded as the perfect way to snooze a baby.

Ryann said that the idea came to her after seeing the trend fly around TikTok, so she decided to try it out for herself.

She claims that within minutes her son was sent straight off into a peaceful sleep. 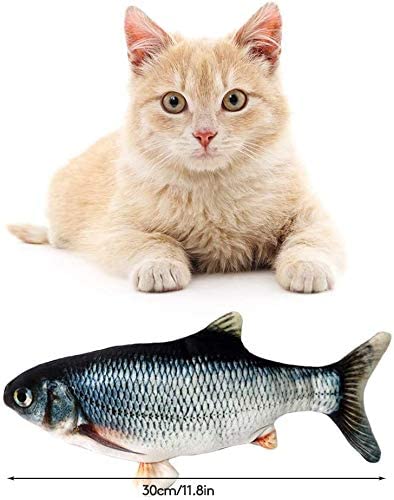 People flooded into the comments as they marvelled at the hack – although some were convinced the fish was real.

Some said the idea was genius and that they’d definitely be trying the method out.

One person commented: “Sighhhhh. I need another baby now, this is so genius I can’t even.”

One user wrote: “Ayo GET THAT FISH WATER OR ELSE IT WILL DROWN.”

Another said: “Not me thinking it was REAL.”

The video has been watched over 17.7mllion times and has amassed over 2.3million likes.

This mum shares 'wiggle butt' burping hack which 'works 99.9% of the time'.

Mum hack shows how to keep her tots entertained on long car journeys with a simple PLASTIC BAG trick.

Mum claims £2.99 laundry basket is the secret to stopping kids getting bored.