Pop stars like Adele have a right to turn heartache into hits… well, I’ve cashed in on my ex-husbands for years!

As Adele launched her new album 30 to what seemed like global applause — in Britain alone, it’s outselling the rest of the Top 40 combined — how depressingly predictable that there has been a little chorus of disapproving men looking to pick holes in her success.

The target for their ire is the fact the British star has dared to use her relationship with ex-husband Simon Konecki as material.

Writing about her devastating split from the father of her son, Angelo, two years ago, she has poured her heart into new songs like Easy On Me (‘I changed who I was to put you both first’) and Hold On (‘Sometimes loneliness is the only rest we get’).

But sharing that vulnerability has seen her targeted by eye-rolling critics. One Twitter user spat: ‘Adele bores me rigid! Not above exploiting her “heartbreaking divorce” for record sales, is she?’ 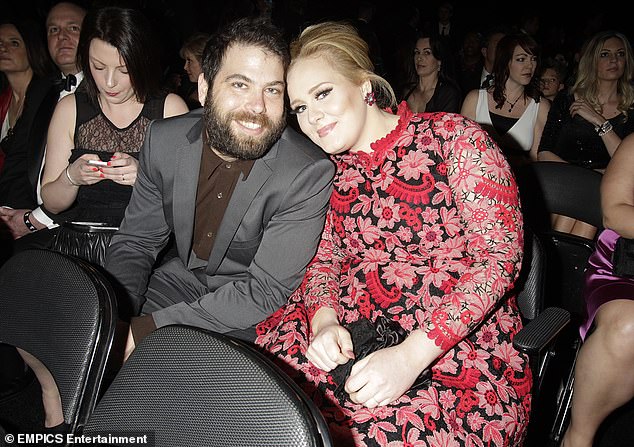 Hearing this, I couldn’t help reflecting wrily on all the male artists who have been mining their love lives for ever. The only difference is men call their subjects ‘muses’ and it’s meant to be a compliment.

Many of the songs that made Mick Jagger millions were inspired by the sweet, frail Marianne Faithfull. She has since spoken of her unease about being in the limelight: ‘To live with a great artist like Mick Jagger is a very, very destructive role for a woman trying to be herself.’ She went on to battle heroin addiction, spending two years homeless.

Another pop star, Taylor Swift, is mauled by critics for daring to use her bad romances as inspiration — such as in Dear John (allegedly about guitarist John Mayer, whom she was said to have dated in 2009) and We Are Never Ever Getting Back Together (written after her split from One Direction singer Harry Styles in 2013).

But I never remember anyone criticising Bob Dylan for doing the same. His relationship with Suze Rotolo in the early 1960s inspired songs including Boots Of Spanish Leather and Tomorrow Is A Long Time. But after a bitter row with her and her sister, Dylan’s 1964’s Ballad In Plain D featured the lyric ‘For her parasite sister, I had no respect’. Nobody had a pop at him for that one.

Likewise, when Justin Timberlake was shown stalking a woman who looked just like his ex Britney Spears in the 2002 video for Cry Me A River, he was rewarded with an outpouring of sympathy over her alleged cheating and a global hit.

Swift herself has called out this inequality. In 2014, she said: ‘You’re going to have people who are going to say, “She just writes songs about her ex-boyfriends.” And I think frankly that’s a very sexist angle to take. 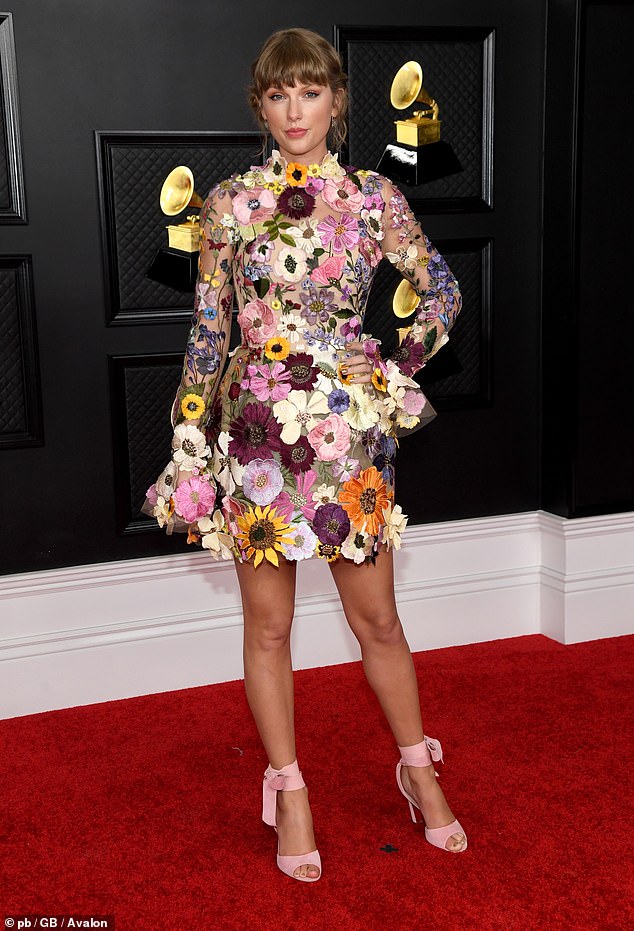 ‘No one says that about Ed Sheeran. Or Bruno Mars. They’re all writing songs about their . . . love life, and no one raises the red flag there.’

Swift is right. Why shouldn’t our modern female stars bare their souls in the same way? After all, when you get right down to it, they’re entertainers. If Adele just sauntered on and sang about feeding the cat or getting a pedicure, it would be boring. So naturally the lows of her life are highlighted in her new songs.

Pouring her heartbreak out after a painful split on tracks like Someone Like You and Rolling In The Deep (‘You had my heart inside of your hands, You’re gonna wish you never had met me’) she connected with her audience on a deeply personal and moving level.

Oh the irony that this former boyfriend —who Adele refuses to name — broke her heart then later got in touch to demand a share of the royalties for inspiring her.

Beyonce is another female superstar not afraid to be candid about her love life in her work, brilliantly seeming to turn personal pain into art. When rumours surfaced that husband Jay-Z might be cheating on her, she promptly sang about another woman — ‘Becky with the good hair’ — on 2016 album Lemonade. The spice of scandal surely didn’t hurt its sales, and it was named the album of the decade by Associated Press. 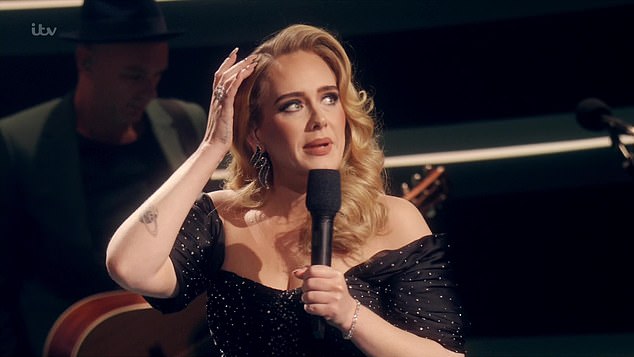 Julie Burchill argues all artists mine their own lives for inspiration, and if Adele (pictured) sauntered on and sang about feeding the cat or getting a pedicure it would be boring

The truth is, all artists mine their own lives for inspiration.

The fact that female stars are finally winning the same sort of acclaim as men for their intimate revelations should make every woman cheer.

An artist’s experience is their collateral, and if you can’t handle that, go and date a doctor. (They swear to do you no harm, we’re the opposite.) Not for nothing did F. Scott Fitzgerald say, during his nervous breakdown: ‘I avoided writers very carefully because they can perpetuate trouble as no one else can.’

Me, that’s why I love writers and artists of all sorts. We never stop plotting. We never forgive and forget. We may appear to, but we’re filing offences against us, real or imagined, for use at some later date.

They say that no man is a hero to his valet – how much truer that no one is a hero to their spouse. And if that spouse is a creative artist, you have to expect them to dissect you after the divorce. When I left my first husband, novelist Tony Parsons, in 1984, I heard a rumour — I know not if it was true — that he had written a novel based on me called Ambition.

It didn’t get published, but, cheekily, I took the title for my own No 1 bestseller. 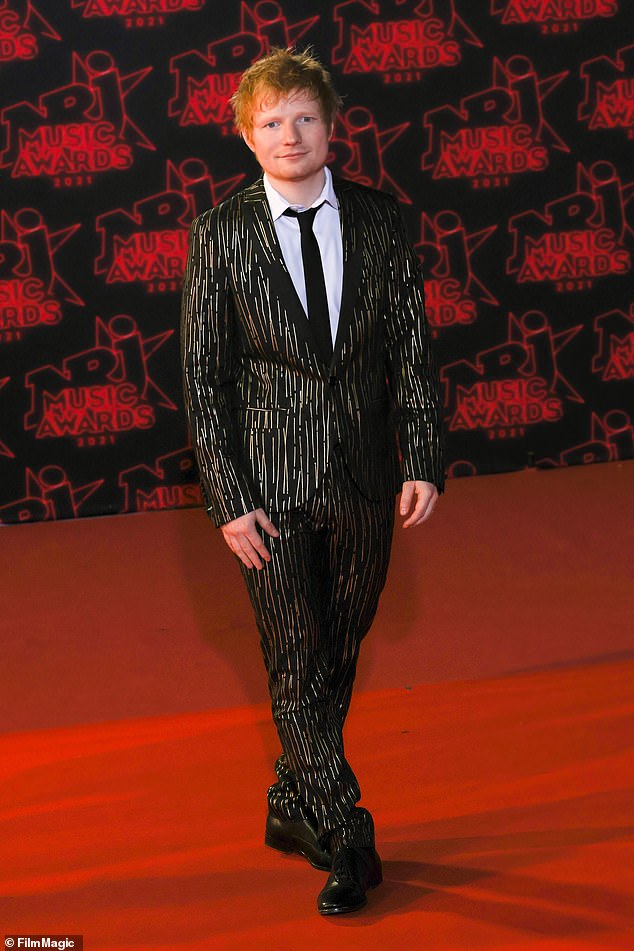 Then began the war of words in the Press: ‘Hell hath no fury like a first wife run to fat’ (him). I retaliated: ‘I do agree with him that his book Man And Boy is more fiction than fact. The hero has all his own hair, is catnip to women and doesn’t need to grab at publicity by ceaselessly attacking his vastly more attractive, talented, famous and younger ex-wife. So that rules Parsons and me right out.’ Finally, he made a decision to ‘consciously withdraw’ from the scrap.

Luckily, I’ve always been able to give as good as I got. But I know I’m lucky to have had the power and the opportunity to hit back. Throughout history, women have too often been mere muses, seen but never heard.

This is exactly what the likes of Adele, Beyonce and Taylor Swift are ensuring will not happen to them. Good for them — and for music lovers moved by passionate pop songs, not pap.

Marianne Faithfull once summed up her music career by saying ‘It was basically “I’m pretty – please buy me!”’ Today’s female pop stars say ‘My life hasn’t been picture perfect — but it’s worth it, so please buy it.’ I know which I prefer.

It’s good to know that at last we women can tell our own stories on the stage rather than simply serve men’s creative urges. After all, for an artist – male or female – revenge is a dish best served cold, in public, for payment, with a sizeable publicity campaign.