This November, Prince Philip and Queen Elizabeth will celebrate their 73rd wedding anniversary. The couple’s strong relationship has been a consistent symbol of unity in the UK throughout the decades. But a new documentary reveals that their marriage was “strained” early on following the death of King George VI. 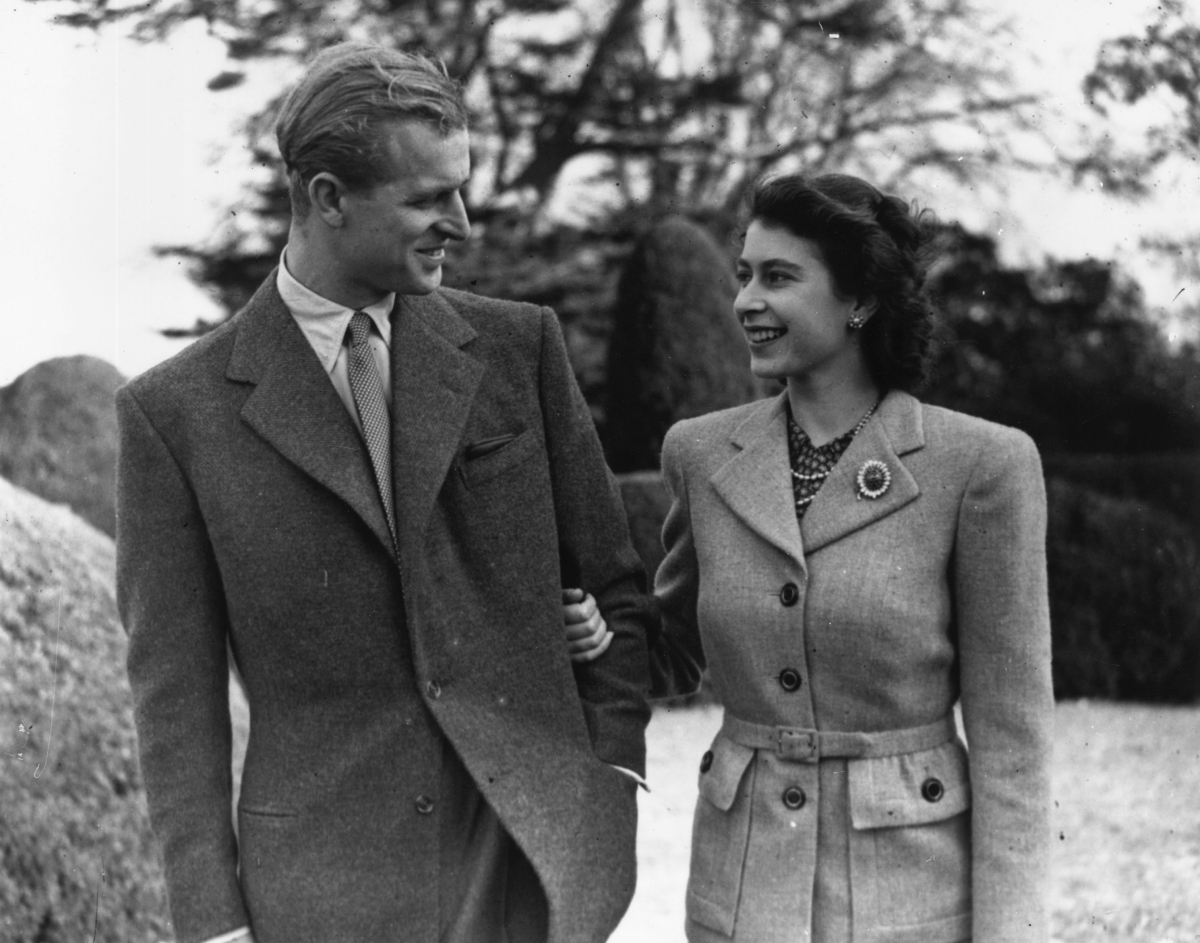 In the new National Geographic documentary Being the Queen, the Duke of Edinburgh’s cousin, Lady Pamela Hicks, shared details about the moment that Princess Elizabeth met Philip Mountbatten.

According to Yahoo! Life, Lady Hicks says that her dad was present when King George VI and the Queen Mother traveled to Dartmouth in 1939 with Elizabeth and her sister Margaret. At the time, Princess Elizabeth was 13 and Prince Philip was 18.

Lady Hicks described Prince Philip – who was a cadet at the time – as “this absolute Greek god.”

She added, “I think the princess fell headlong in love with him at that moment.”

Royal historian Robert Lacey says that Queen Elizabeth’s parents felt “great anxiety” over their oldest daughter’s desire to marry the “very first man” she fell in love with. They knew that the man Elizabeth married wouldn’t just be her partner in her personal life, but he would also “shoulder almost half the burden of the monarchy.”

Emmy and Peabody Award-winning filmmaker Tom Jennings directed Being the Queen. The movie gives royal fans an intimate look at the Queen’s private life, especially during the early days of her marriage.

According to Express, the documentary suggests that Queen Elizabeth and Prince Philip were caught “off guard” by the unexpected death of King George VI at the age of 56. Historian Sarah Gristwood explained that Philip knew his wife would one day become queen, but he didn’t expect it to happen so fast.

Author Philip Eade echoed Gristwood, saying, “He [Prince Philip] would have calculated when they got married, almost certainly, that they would have had 20 years at least, given George VI’s relatively young age.”

The Duke of Edinburgh was looking forward to a long career in the Royal Navy. But suddenly, his whole life changed when Queen Elizabeth ascended to the throne.

Queen Elizabeth’s marriage was ‘strained’ when she became the monarch

The family had to adapt quickly, and it wasn’t easy for Prince Philip.

“This extremely active enthusiastic young man who suddenly finds his whole life is going to be taken away from him and probably thinking he will become a ‘yes man’ for the rest of his life,” Lady Hicks said.

Once Elizabeth became the monarch, Philip had to renounce his military career. For the rest of his life, his position would be as a royal representative in aid of the queen. Jennings says he’s sure “it was very strained at first.”

Especially for someone like Philip to give up his bride to the world and take a backseat to everything that’s going on.

Jennings added that Prince Philip managed to get through it, but, it was a “very strained time.”

END_OF_DOCUMENT_TOKEN_TO_BE_REPLACED

END_OF_DOCUMENT_TOKEN_TO_BE_REPLACED
Recent Posts
We and our partners use cookies on this site to improve our service, perform analytics, personalize advertising, measure advertising performance, and remember website preferences.Ok