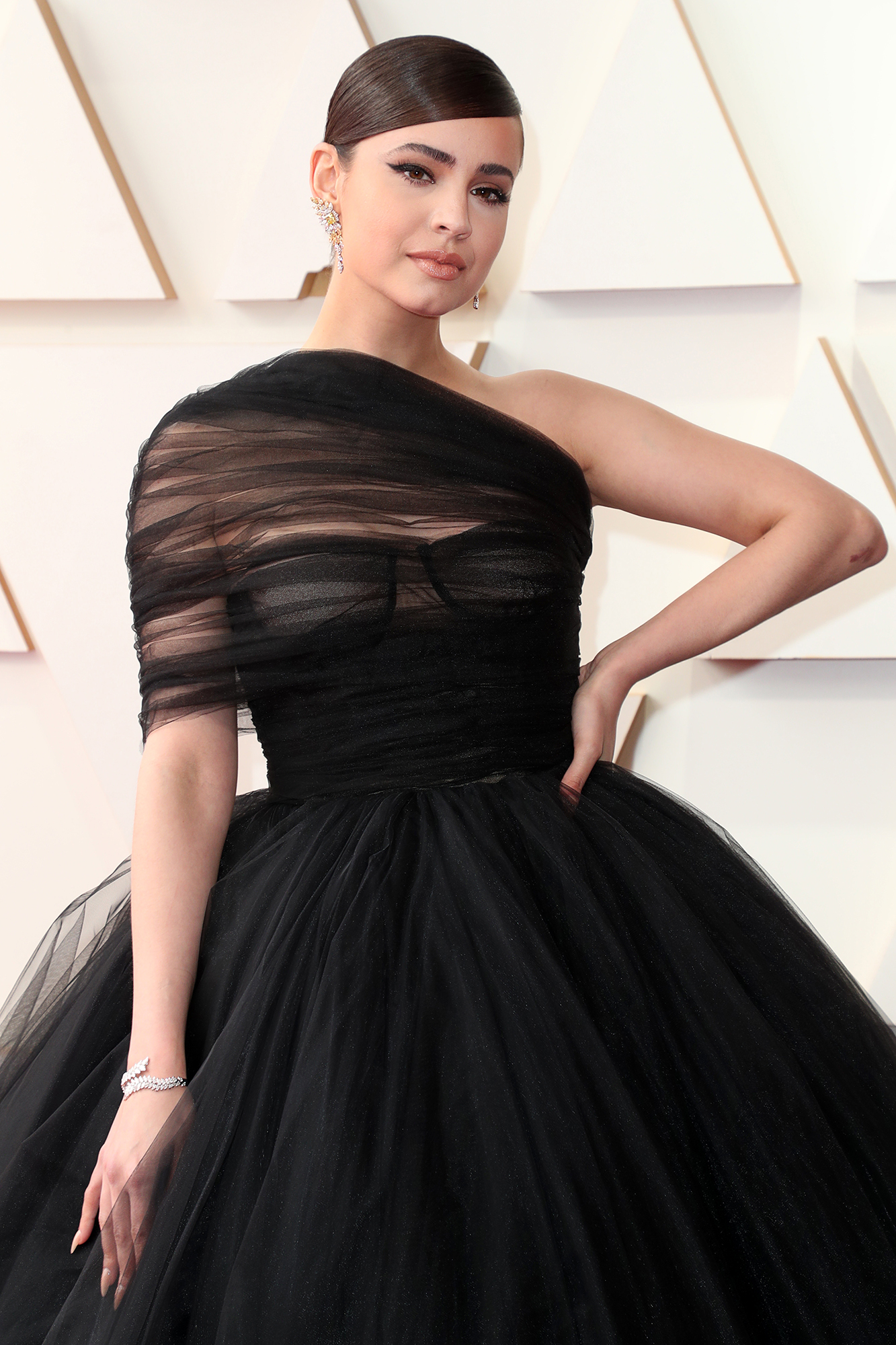 Silencing the critics. Despite viewer backlash to several allegedly problematic themes in Purple Hearts, star Sofia Carson is proud of the project.

Disney’s ‘Descendants’ Cast: Where Are They Now?

“Why I fell in love with the movie is that it’s a love story but it’s so much more than that,” the Descendants star, 29, told Variety in an interview published on Thursday, August 12. “It’s two hearts, one red, one blue, two worlds apart, who are really raised to hate each other. Through the power of love, they learn to lead with empathy and compassion and love each other and turn into this beautiful shade of purple.”

Carson stars as Cassie Salazar in the Netflix film, which premiered on the streaming giant last month. In the picture, the Pretty Little Liars: The Perfectionists alum plays an aspiring musician who has struggled to afford her Type 1 diabetes medication. In order to help cover the costs of insulin, Cassie agrees to marry a Marine (Nicholas Galitzine) for his health insurance plan and military spouse monetary stipend.

While Purple Hearts was initially billed as a romance between a more liberal woman and a conservative man stuck in a fake dating scheme, it soon caught flak from critics. Several viewers were concerned about the movie’s misogynistic and racist undertones. (At one point, one of the 27-year-old Cinderella actor’s fellow soldiers even shouts, “This one is to life, love and hunting down some goddamn Arabs, baby!”)

Best Rom-Coms to Watch When You’re Stuck at Home

Another Twitter user added: “Purple Hearts is not a romance it is a horror film because I literally cannot think of anything more terrifying than having to marry a military dude to afford my insulin.” 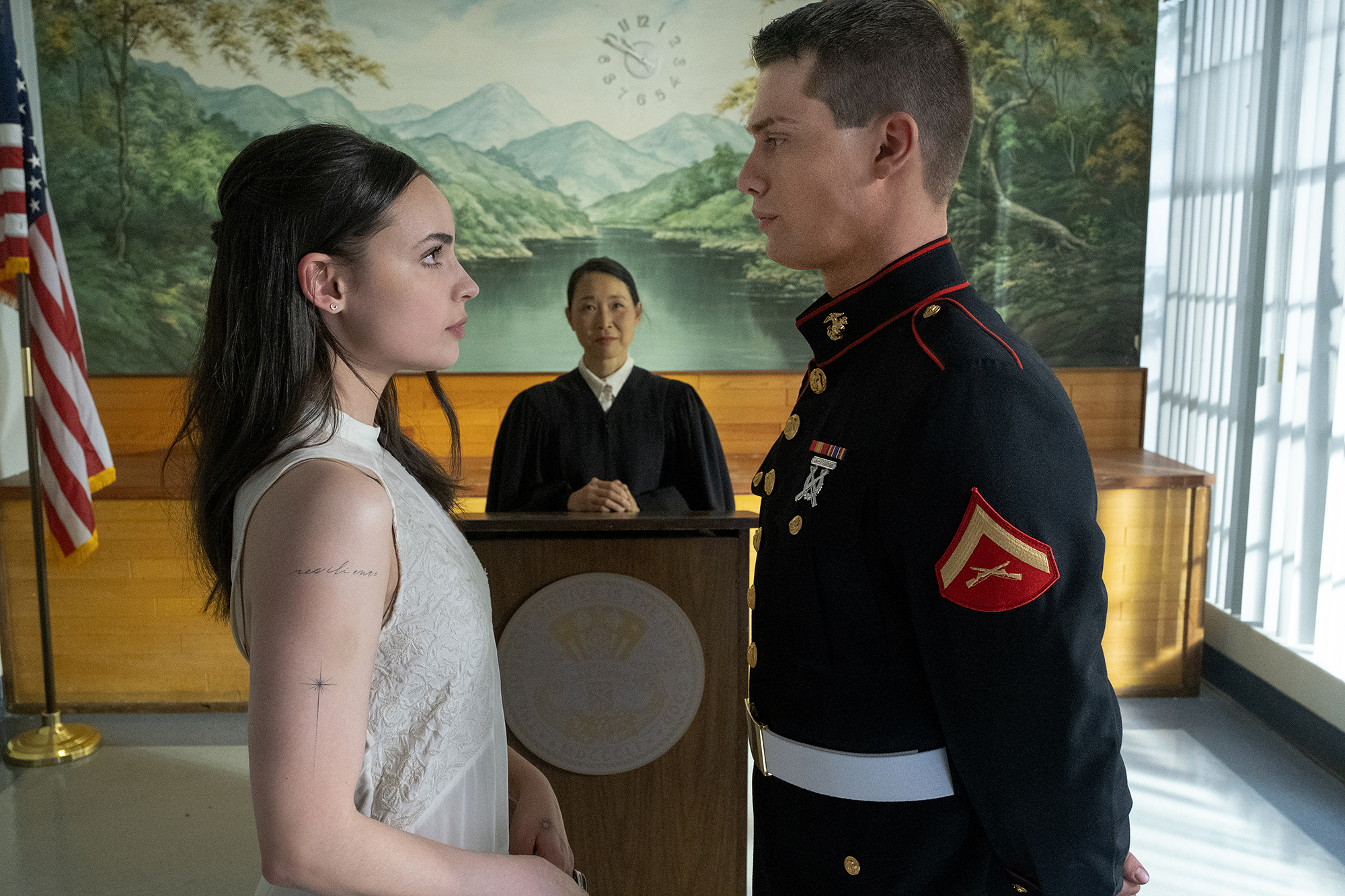 Despite disappointment in the film, Purple Hearts has remained in Netflix’s Top 10 programs since its premiere. Carson, for her part, has swiftly defended the production amid the criticism.

“We wanted to represent both sides as accurately as possible,” the Feel the Beat star, who also served as an executive producer on the film, told the outlet. “What I think I’ve learned to do as an artist is separate myself from all of that and just listen to what the world is feeling and reacting to with the film. That has been so beautifully overwhelming and so many people have felt seen or are comforted by this movie. That’s all we could want [as] filmmakers and as artists.”

Disney Channel Original Movie Leading Ladies: Where Are They Now?

“They are flawed at the beginning and that was intentional,” the New York native told Variety in August. “In order for the red heart and the blue heart to kind of turn purple, you have to have them be kind of extreme. Some of the people that they’re surrounded with are even more flawed than they are. They both have been neglected by the system; he’s hurt in a war that doesn’t seem to be ending and she’s slipping through the cracks of the healthcare system.” 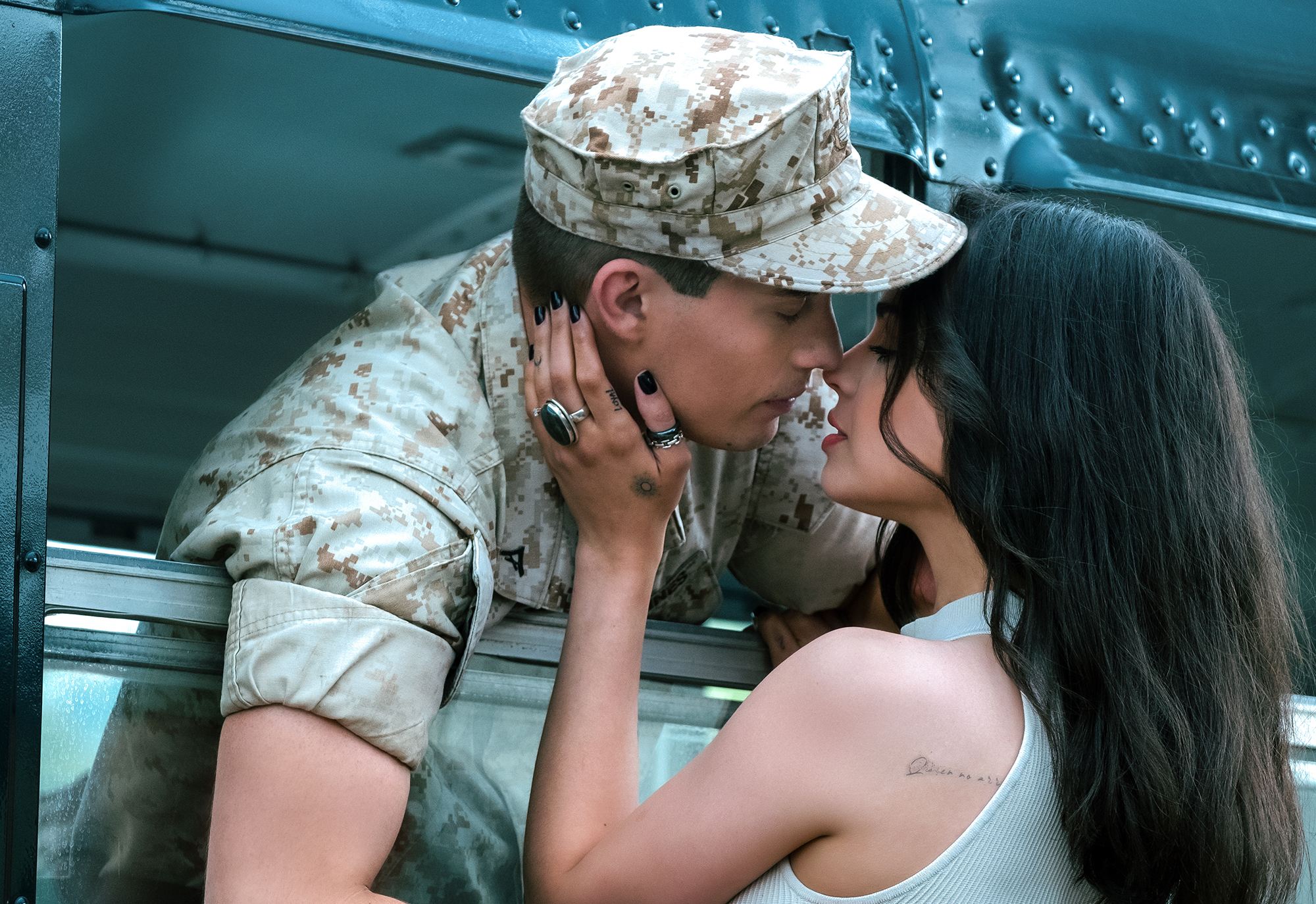 She added: “I do hope that anyone who’s in any way insulted by it understands that our intentions are very pure, and it’s because we feel like people need to grow and need to start to become more moderate.”

The film has been praised for its accurate depiction of Type 1 diabetes. “As we were learning more and more about type 1 diabetes and developing Cassie, we learned that it’s, frankly, highly underrepresented in film and TV and in media,” Carson told The Hollywood Reporter on Friday, August 13. “An issue that needs to be spoken of is the insulin crisis in this country and the health care crisis in this country, how there are countless girls and men and women like Cassie who literally can’t afford the insulin that they need to survive.”

The actress noted: “I learned a lot about what it means to be a type 1 diabetic, what my daily life would look like. We had a doctor on set as well who taught me about the insulin pump, the injections and how I should be acting when I had a low-blood-sugar attack.”