For the first time in the U.S. Navy’s history, a female sailor has successfully completed the grueling Naval Special Warfare training, the Navy announced this week.

The woman was one of 17 candidates to successfully finish the intense 37-week “assessment and selection” process to become a Naval Special Warfare combatant-craft crewman (SWCC). She earned her pins and graduated on Thursday.

The Navy did not identify the female graduate — a standard military policy for special operations forces. 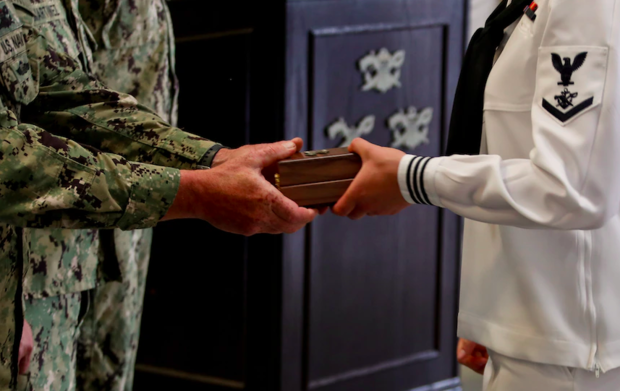 The Navy said that only about 35% of candidates for the crew make it to graduation. Their training, similar to that of SEALs, focuses on covert missions, in addition to training in weapons, navigation, radio communication, first aid, engineering, parachuting and special operations tactics.

The training begins with the Navy’s recruit boot camp, followed by a two-month preparatory course, a three-week orientation at the Naval Special Warfare Center in Coronado, California and seven weeks of physical conditioning and learning navigation and water skills. The program culminates in a 72-hour event called “The Tour,” which tests candidates’ physical capabilities and marks the most frequent point of failure in the training, according to the Associated Press.

According to Naval Special Warfare, approximately 300 sailors attempt the SWCC course each year, and around 70 finish it. There are around 800 people in the force.

“Becoming the first woman to graduate from a Naval Special Warfare training pipeline is an extraordinary accomplishment, and we are incredibly proud of our teammate,” Rear Adm. H. W. Howard, commander, U.S. Naval Special Warfare Command, said in a news release. “Like her fellow operators, she demonstrated the character, cognitive and leadership attributes required to join our force.”

The graduate will eventually report to one of three elite boat teams, responsible for transporting Navy SEALs and conducting classified missions at sea.

According to AP, 18 females in total have sought a Navy special operations job in the five years since women became eligible to apply for any military combat job. Of those, 14 did not complete the course, and three are currently still in training — one for SWCC and two attempting to become SEALs.