Every Saturday morning I meet up with a group of dog-walking friends in my local park.

We hail from a wide range of backgrounds, united in a common purpose: to serve our canine overlords.

All waited upon by an eclectic gang of humans whose views, tastes and circumstances vary wildly. 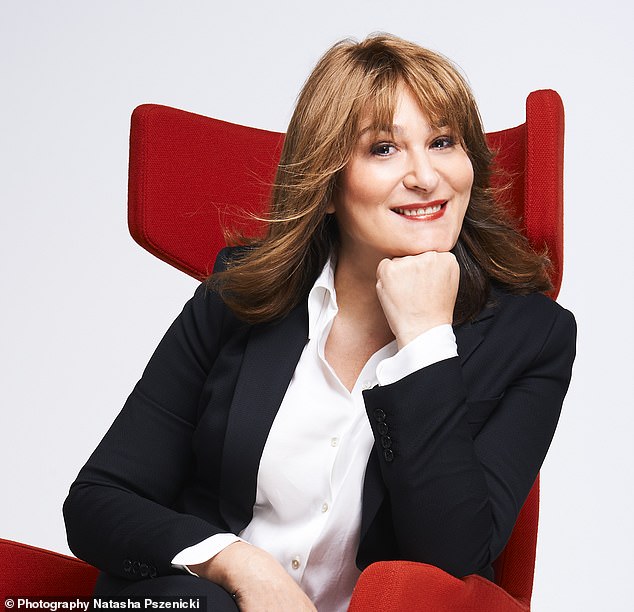 The only way of finding out who is right is to let the virus run its course – and risk the worst-case scenario coming true, writes Sarah Vine

And yet last week, as we socially distanced in a light drizzle, armed with poo bags and chicken treats, we were in universal agreement: the prospect of a second lockdown fills us with a complete and utter sense of dread.

The idea of going back to square one – only this time not in those balmy, heaven-sent days of early summer, but under the grim, rain-soaked November skies – feels just too awful to contemplate.

But contemplate it we must.

Because the possibility that at the current rate of infection our hospitals, including the Nightingales, would – come December – be turning critical patients away, forcing doctors to make impossible choices and facing a potential daily death rate of 3,000, is driving a decision Boris Johnson hoped he would never have to make.

But what leader, in all conscience, could fail to act? You can argue that these predictions are wildly overstated – and there are many who do.

But the problem here, as it has always been, is that you cannot prove a negative.

The only way of finding out who is right is to let the virus run its course – and risk the worst-case scenario coming true.

Even the most staunch lockdown sceptic would think twice about having that much blood on their hands.

But while I understand – and sympathise – with the tough choice the Prime Minister faces, I would sound one note of caution: it is not going to be as easy second time around. 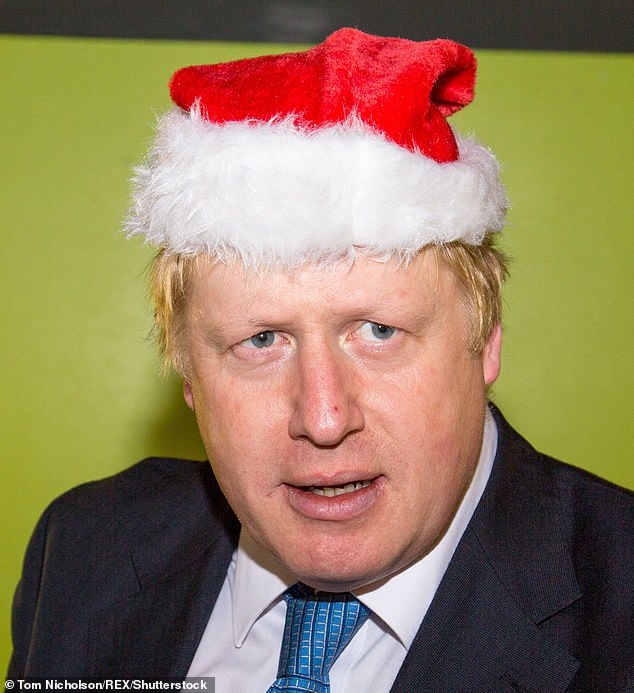 As a way of convincing us to swallow this bitter pill, the Government is promising to ‘save’ Christmas

We are simply not in the same place, as a nation, as we were in March.

Back then, there was a sense that if people followed the rules, made this one big sacrifice, Covid could be defeated.

It even brought us together, made us feel like we were engaged in a collective act of heroic defiance against a common enemy.

Now the nation is more fragmented, and its citizens weary. The battle has taken its toll economically and emotionally, and people are, quite literally, in bits.

They are losing their jobs, their homes, their businesses, their livelihoods.

Worst of all, there is no end in sight. Hope, that vital commodity that keeps the human spirit alive in dark times such as these, is draining away.

I know this not just from conversations with ordinary people, doggie-minded or otherwise.

But also from the constant stream of messages from readers, each expressing a different set of anxieties.

The desperation of the small business owner who has taken out yet another loan to keep things afloat; the grandfather whose son has lost his job and can’t provide for his children; the octogenarian who is so depressed at the prospect of being confined to her home she jokes (or at least I hope she’s joking) about downing a few good bottles of wine with some pills and calling it a day.

Whatever else the Government decides to do over the next few days, they need to show they have the emotional intelligence to understand this strength of feeling – and act upon it.

A much greater degree of compassion and common sense is now required to get people back onside.

The widow denied a hug from her son at her husband’s funeral; the child lowered into his grave alone; the mothers forced to give birth without their partners by their side; the families banned from holding the hand of a dying relative. All this needs to stop.

If my mother was on her deathbed, wild horses would not prevent me from being with her.

The Government must respect that, and stop depriving people of their fundamental humanity.

There is one other thing too: children. It was a catastrophic mistake to close schools and cancel the exams during the first lockdown.

This time, the Government is insisting that schools will remain sacrosanct. But already there are ominous mutterings of closing sixth forms.

This would be disastrous. I have seen the damage the first lockdown caused to my own two, who are in their GCSE and A-level years respectively.

And to the children of friends who missed out on their final years and college places because of the fiasco over A-level results.

But that’s not the half of it. After all, exams can be taken again. It’s young people’s mental state that really worries me.

I am hearing of youngsters who have dropped out of education completely, seeing little point in studying hard to get into a university or college course that offers few prospects of future employment. 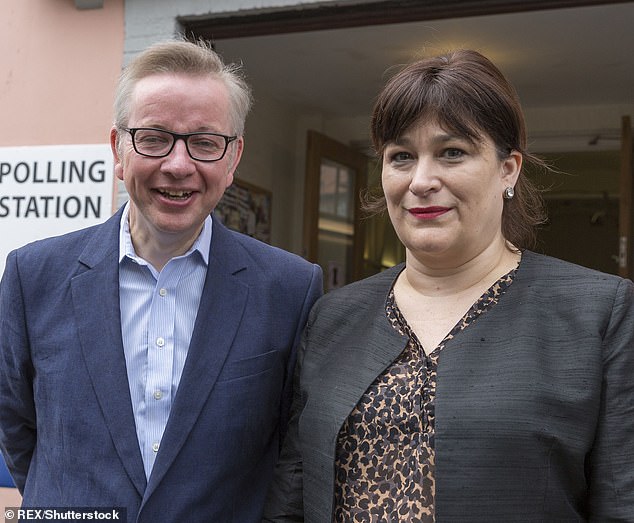 Whatever else the Government decides to do over the next few days, they need to show they have the emotional intelligence to understand this strength of feeling – and act upon it (Michael Gove pictured with Sarah Vine)

Others have taken to drink and drugs. I even know of one who has attempted suicide. Twice.

Last week the Centre for Mental Health predicted that 1.5 million children and young people under the age of 18 in England will need psychiatric support as a direct consequence of the pandemic.

More than any group in society, children represent hope for the future. And right now ours are drowning in anxiety and antidepressants.

For many people, the only chance of surviving the next few months and beyond is to look to the long term, to a place beyond this sad and sorrowful time.

As a way of convincing us to swallow this bitter pill, the Government is promising to ‘save’ Christmas.

That is not enough, I’m afraid. We are not children, easily fobbed off with some sparkly bauble or the promise of a saccharine treat. We need real solutions, clear, workable strategies. And we need them now.

My father phones to inform me that in Italy, where he lives, restaurants are now permitted to open only between 3pm and 6pm.

As he put it: ‘Who wants to eat dinner at that time of day? What do they think I am, a bloody toddler?’

Quite. But increasingly that seems to be the attitude of governments towards their citizens during this pandemic.

What fresh hell is this?

AN NHS online advert informs me that ‘blood in your poo or pee could be a sign of cancer.’ Sorry, ‘poo or pee’?

Does the Department of Health think we’re all three years old?

There is a depressing irony to the news that 35 per cent of British children are clinically obese by the time they leave primary school.

A reminder that, for all the furore over free school meals, there are still too many youngsters whose diet is, in calorific terms at least, far too plentiful for their own good.

The skill of a good actor is to inhabit a character so completely that it doesn’t matter what colour, gender or sexual orientation they are – or were – in real life.

So I have no objection to Jodie Turner-Smith, left, playing Anne Boleyn in an ‘edgy’ new version of Tudor history – even though Boleyn could not have looked more different.

I now look forward to all those social justice warriors demanding the cancellation of, among others, The Simpsons (for using white actors to voice black characters) and Adele (for wearing corn-rows) for so-called crimes of ‘cultural appropriation’ finally shutting up.

Outside, shivering under blankets next to patio heaters, a sea of grey-haired oldies, all sticklers for the rules.

Amid the horror of the latest atrocities in France, I was struck by the picture of the bloodied young Tunisian – who’d just carried out the savage triple killing in Nice – being expertly tended by French emergency services.

A single image that summarises the ideological abyss between the blind hatred of extremism and the compassion of a civilised nation.

As ever more high street shops shut, and families lose their livelihoods, it’s heartening to know there’s one person who’s not going to be scrimping this Christmas.

Step forward, Jeff Bezos, who predicts an ‘unprecedented holiday season’ for Amazon, which has just posted a record $96.2 billion in sales for the third quarter.

A good time, perhaps, to reconsider its decision to pass on the new 2 per cent online tax announced earlier this year to its third-party sellers – and stump up more than the paltry £14 million in corporation tax it paid last year.

END_OF_DOCUMENT_TOKEN_TO_BE_REPLACED

END_OF_DOCUMENT_TOKEN_TO_BE_REPLACED
Recent Posts
We and our partners use cookies on this site to improve our service, perform analytics, personalize advertising, measure advertising performance, and remember website preferences.Ok