Mark-Paul Gosselaar, Mario Lopez, Elizabeth Berkeley, Tiffani Thiessen, and Lark Voorhies were seen chatting while sitting at their old booth at The Max, in a new pic from the revival’s second season.

It looks like the old school Bayside High students are back in session! Most of the original cast members of Saved By The Bell excited fans when they showed up in the trailer, which can be seen above, and in a newly released photo, which can be seen below, for the revival’s second season on Peacock. The old gang, which included Mark-Paul Gosselaar as Zack Morris, Mario Lopez as A.C. Slater, Elizabeth Berkley as Jessie Spano, Tiffani Thiessen as Kelly Kapowski (now Morris), and Lark Voorhies as Lisa Turtle, were all sitting at their regular booth at The Max restaurant, their favorite spot to hang out back in the day, in the new snapshot and were also spotted in various scenes in the trailer. 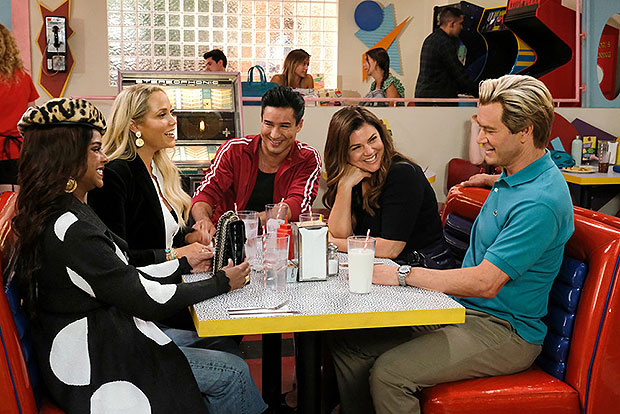 The premiere of the new season is Nov. 24, one year after season one was released, and will feature 10 episodes. In the revival, Zack Morris plays California’s governor and gets criticized for closing too many low-income high schools before then proposing they send the affected students to the most well-funded schools in the state, which includes Bayside High. The large amount of new kids at the school gives the privileged Bayside kids, which includes Zack and Kelly’s son Mac (Mitchell Hoog) and Jessie’s son Jamie (Belmont Cameli), a much-needed dose of reality. The characters of Slater and Jessie are regulars but the characters of Zack, Kelly, and Lisa are recurring.

Although seeing the old cast is definitely giving off welcomed nostalgic vibes, it’s also bittersweet considering Dustin Diamond, whose character Samuel “Screech” Powers, who was also part of the original cast, passed away of lung cancer earlier this year at the age of 44. He wasn’t part of season one of the revival and hadn’t been seen as a part of the cast since Saved By The Bell: The New Class, which aired from 1994 until 2000, but the lack of his presence in the trailer and pics still pulled at devoted fans’ heartstrings.

'Saved By The Bell' Cast Then & Now: See Original Cast From the '90s Today 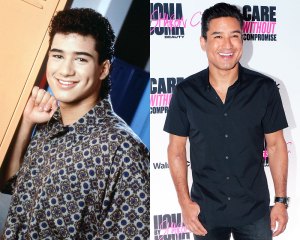 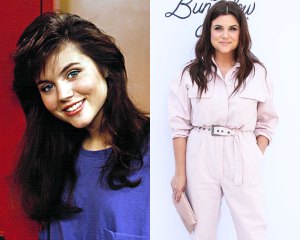 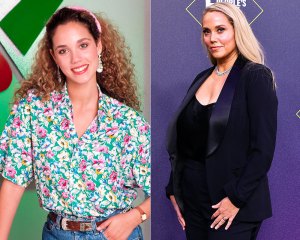 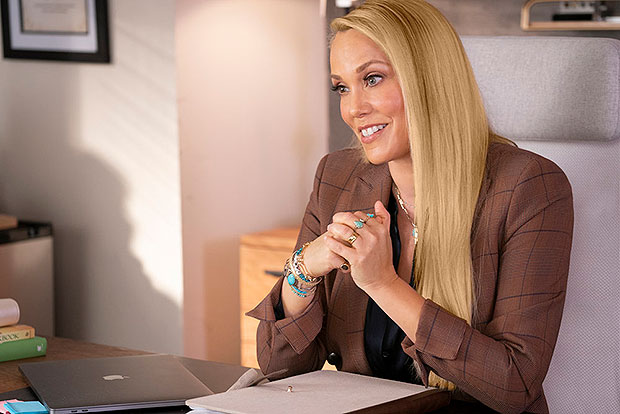 “The first episode should be about the passing of Dustin Diamond,” one fan wrote in a tweet about the revival’s new teaser. “I just remembered Screech died,” another wrote while a third asked if there would be a Screech tribute episode.

Before the revival’s second season trailer was released, Elizabeth took to Instagram to reveal that she, Tiffani, and Lark were back together for the new episodes and added a cute photo of all of them happily posing together.

“These ladies… what a gift to get to work together again. We have a special history that is beyond… we worked hard together as kids to make a show that people still love, we did high school together and our parents all looked out for us too as we were minors when we started,” she wrote in the caption for the pic. “It was a safe place to grow up and now we get to take those sweet roots and fly together as women. Don’t you love those connections that have history where you just get right to it with no explaining? It’s so comforting and we can’t wait to share some magic with you when season 2 comes out ! ❤️”