Pump the breaks! Scheana Shay and Brock Davies weighed in on Lala Kent and Randall Emmett’s relationship status after their recent split — and why they’re trying to be supportive.

“When you go through a separation, it’s not easy, especially when a kid’s involved,” Shay, 36, exclusively told Us Weekly on Friday, November 12, while promoting Davies’ new app, Homebody. “I can’t even imagine. But she is a very strong woman and she’s going to be just fine.”

The Vanderpump Rules star revealed that she’s not hopeful that Kent, 31, and Emmett, 50, will get back together following their breakup. (Us confirmed earlier this month that the two called it quits after being engaged for three years.)

“I want her to do what’s best for her,” Shay explained. “Right now, like, no, I think that they need some time apart.”

The “Scheananigans” podcast host noted that things could change “down the road” for the Give Them Lala Beauty founder and the film producer, who welcomed their daughter, Ocean, in March. 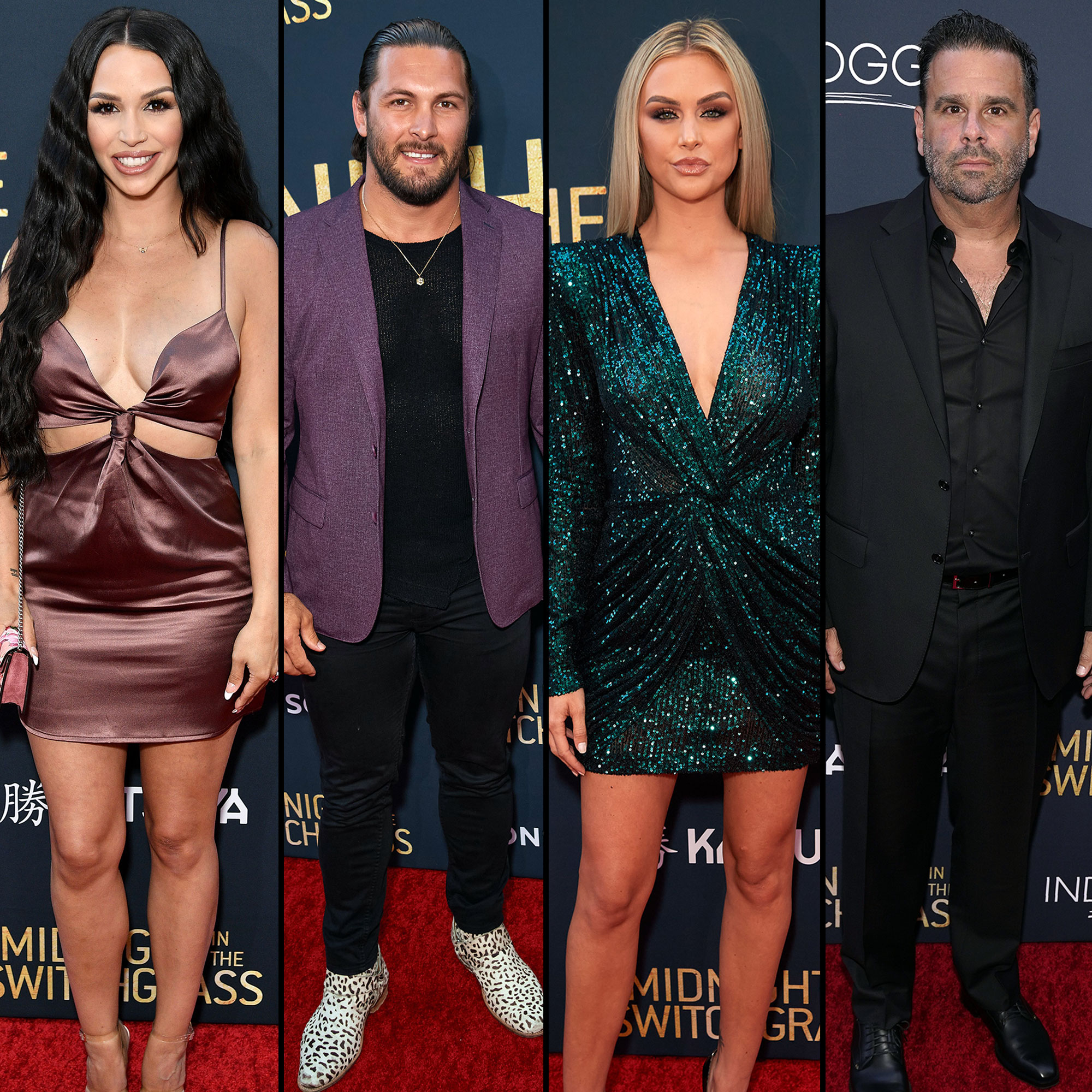 “Of course, you would hope for any family to be back together [eventually], but right now, no, I think she just needs to focus on herself and her baby,” Shay added.

Davies, 30, explained that there are still a lot of unknowns surrounding Kent and Emmett’s breakup.

“I think the truth needs to come out. I think somewhere in between each one of their stories is the truth,” the Australia native told Us. “And are we going to get to know what that truth is? Probably not. So then it’s just kind of like, ‘Look, we gotta be supportive of our friends.’”

The former NFL player, who shares 6-month-old daughter Summer with Shay, noted that with this group of friends, no matter how bad things get, they all have each other’s back.

Everything We Know About Lala Kent and Randall Emmett’s Split

“This friend group is very much a crazy, true mess of friends. Like, [we’re] friends and family,” he continued. “The thing about this group is, like, we’re still a group of friends, but we really get deeper with the subject matter [on the show]. So, it kind of, like, causes this awkwardness and these issues, but then once we fix them or deal with them, you come back together. It’s kind of like [we are all] a little deeper glued.”

Ultimately, Shay said she is “hopeful” that Kent and Emmett can “come to an easy agreement for Ocean’s sake,” no matter what happens with them romantically moving forward.

“When it comes to [Ocean], I hope that [they] can work [it] out regularly,” she told Us. “The relationship [between them], that’s another subject. I do hope that they can figure that out for her.”

Kent and Emmett got engaged in September 2018 but three years later, the Utah native sparked split speculation when she wiped her then-fiancé from her Instagram profile.

The “Give Them Lala … With Randall” podcast cohost was spotted without her engagement ring in October, fueling breakup rumors. Us confirmed in early November that the pair had separated.

“Randall did not want to split but it was Lala’s decision. The trust is gone,” a source exclusively told Us at the time, noting that the Midnight in the Switchgrass director has been “trying to win her back.”

Kent addressed the split on November 3 during an episode of her podcast, saying, “There will be a time where I feel comfortable enough to open up and share. Today’s definitely not that day. It’s been a lot, I’m going through a lot and at this point in time, I just want to protect my child.”

Shay and Davies, for their part, have been focused on their own newborn and Davies’ new app, Homebody. The live-streaming fitness platform, which launches in January 2022, will provide training, health tips and guidance from a variety of trainers with incentives available throughout one’s workouts.

“If you have an influencer that you follow and they host the live class, you’ll just meet them on [the app],” Davies told Us of Homebody. “They’ll schedule it. You jump on there and you can pay for a class or you can have a subscription-based model and drop in and join your influencer.”

The former rugby player explained that once it launches, users can join a 30-day challenge for three months. “[There will be] access to a lot of great trainers [that] kind of build [users] up as a foundation to start,” he said. “[They will] really get people moving and [to start] goal setting. I’m excited.”

With reporting by Christina Garibaldi