Home » Lifestyle » Scheana Shay: Randall Emmett is a disgusting excuse for a human

Scheana Shay: Randall Emmett is a disgusting excuse for a human

Lala Kent: Randall Emmett threatened to call cops when I wanted to leave

“All of this has been shocking,” Shay, 37, told us Thursday while celebrating her new partnership with ME Cosmetics in Beverly Hills, Calif.

“I mean, the extent of what we have heard about him, there’s even more that wasn’t even in the article,” she alleged. “So that itself is shocking.”

Just last week, Kent, 31, claimed that her film producer ex, 51, “tackled [her] and knocked [her] to the ground” after she confronted him about his cheating in October 2021.

“It’s one thing if you hear someone cheats,” Shay said. “But when you hear how they cheated and everything that went into it, it was shocking.”

In the same story, Emmett – who shares 1-year-old daughter Ocean with Kent – was accused of offering women movie roles in exchange for sex.

Emmett has denied all of the allegations in the article via his spokeswoman, who told Page Six in part in a statement, “These allegations are false and part of a now-familiar smear campaign orchestrated by Randall’s ex-fiancée to sway their custody dispute.” 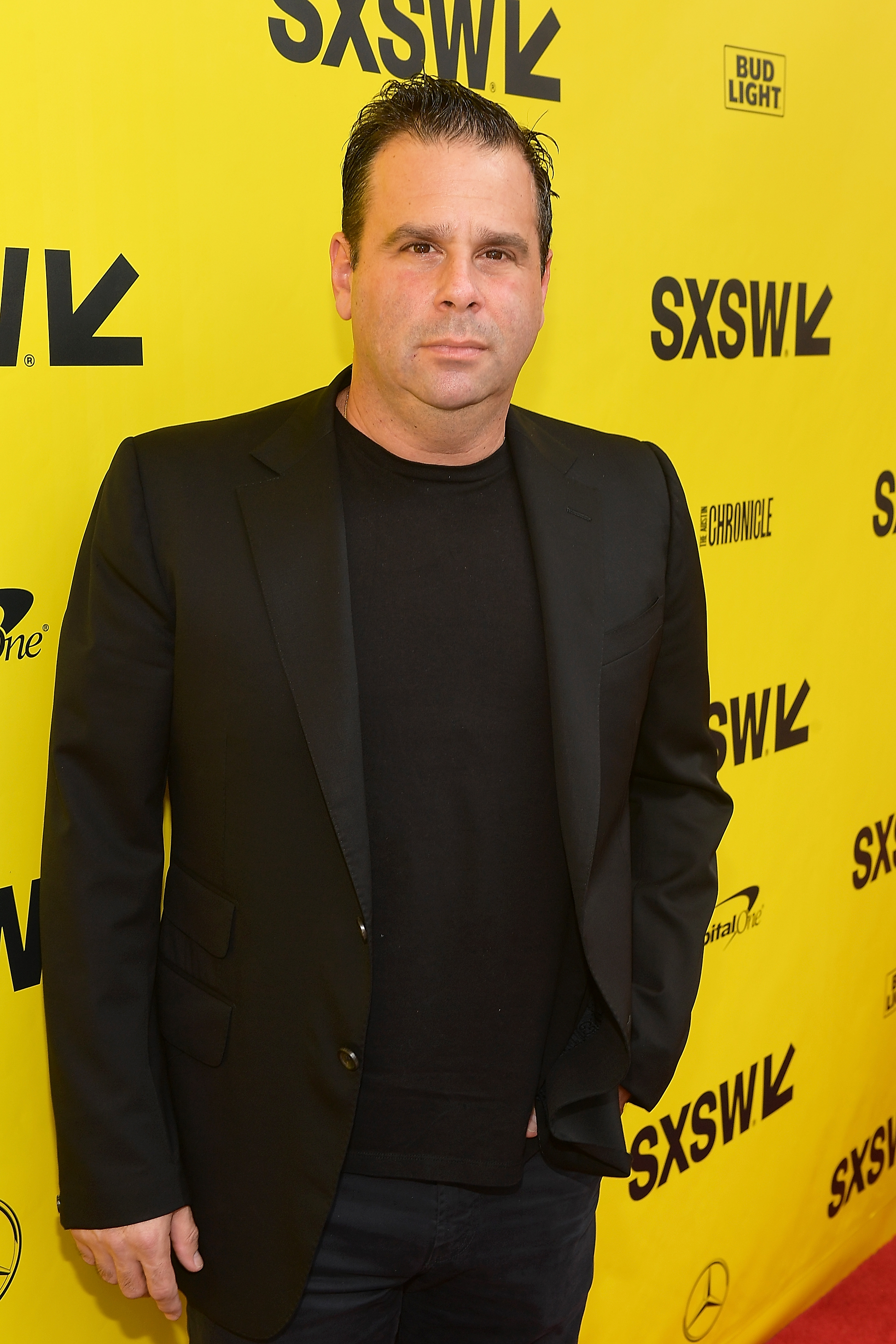 Shay told Page Six that she and the rest of the “Vanderpump Rules” cast were allegedly blindsided by the accusations.

“It was not anything any of us saw coming,” she explained. “We thought they had a good, solid relationship.” 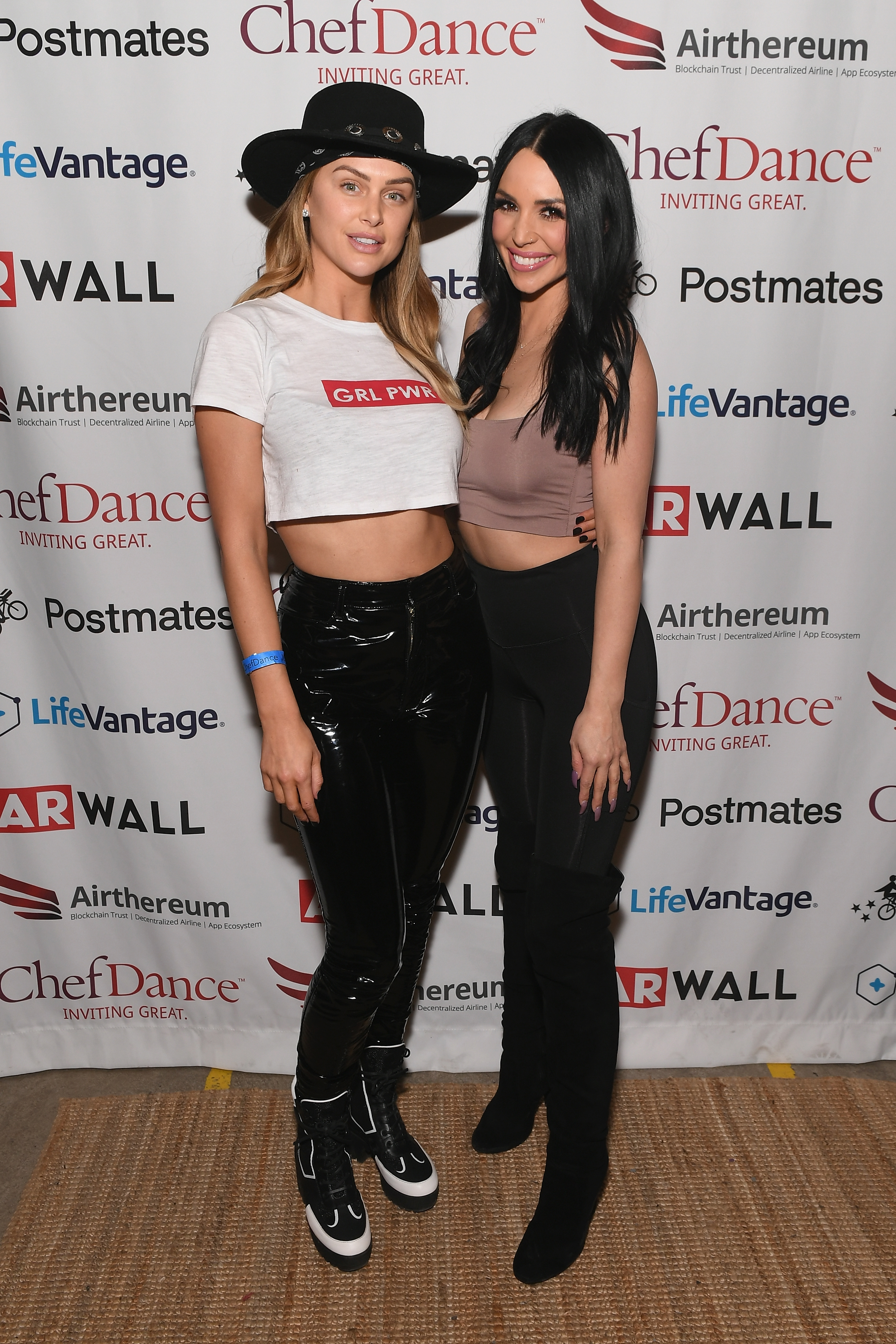 The “Good As Gold” singer – who described Kent’s situation as “really unfortunate, especially for Ocean” – said she’s been doing her best to keep her rekindled pal focused on the positives.

“Lala, thankfully, has this blessing and this beautiful little baby girl who is just the sweetest little girl. So if she found out things in the relationship earlier, she wouldn’t have this baby,” the “Scheananigans with Scheana Shay” podcast host shared.

“I just try to remind her, ‘Look at the positives. He is a terrible, disgusting excuse for a human, but you have a beautiful baby girl because he was in your life.’ But, like, f–k him.” 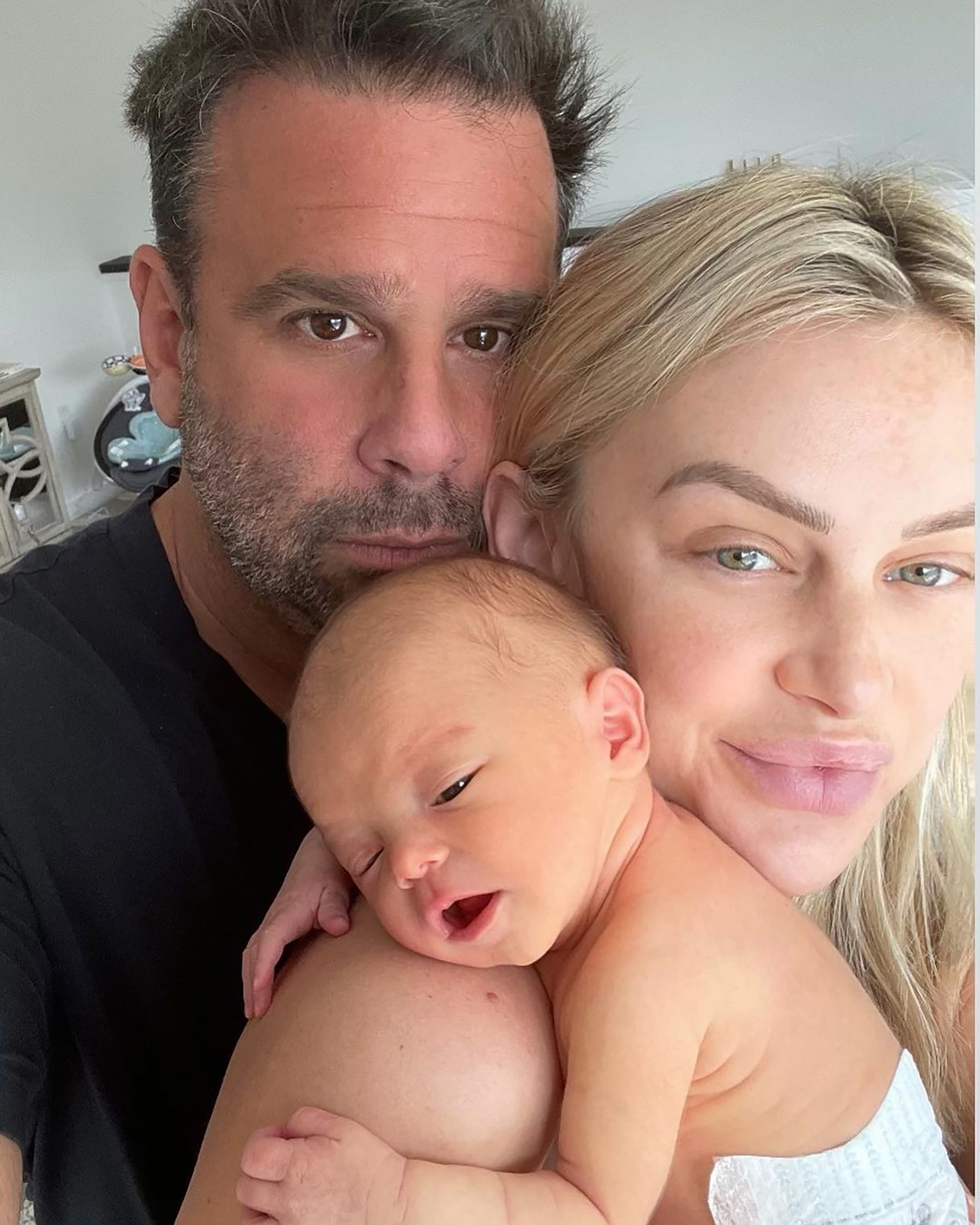 The co-stars’ relationship has certainly done a 180 since Kent accused Shay’s fiancé, Brock Davies, of financially neglecting his two children from a previous marriage.

At the time, Davies told Page Six that he was aware stories about his past were “coming,” promising that he would “step up to the plate” and “do the right things” moving forward.

Shay, who shares 1-year-old daughter Summer Moon with 31-year-old Davies, told us that Kent has “apologized numerous times” for her comments. 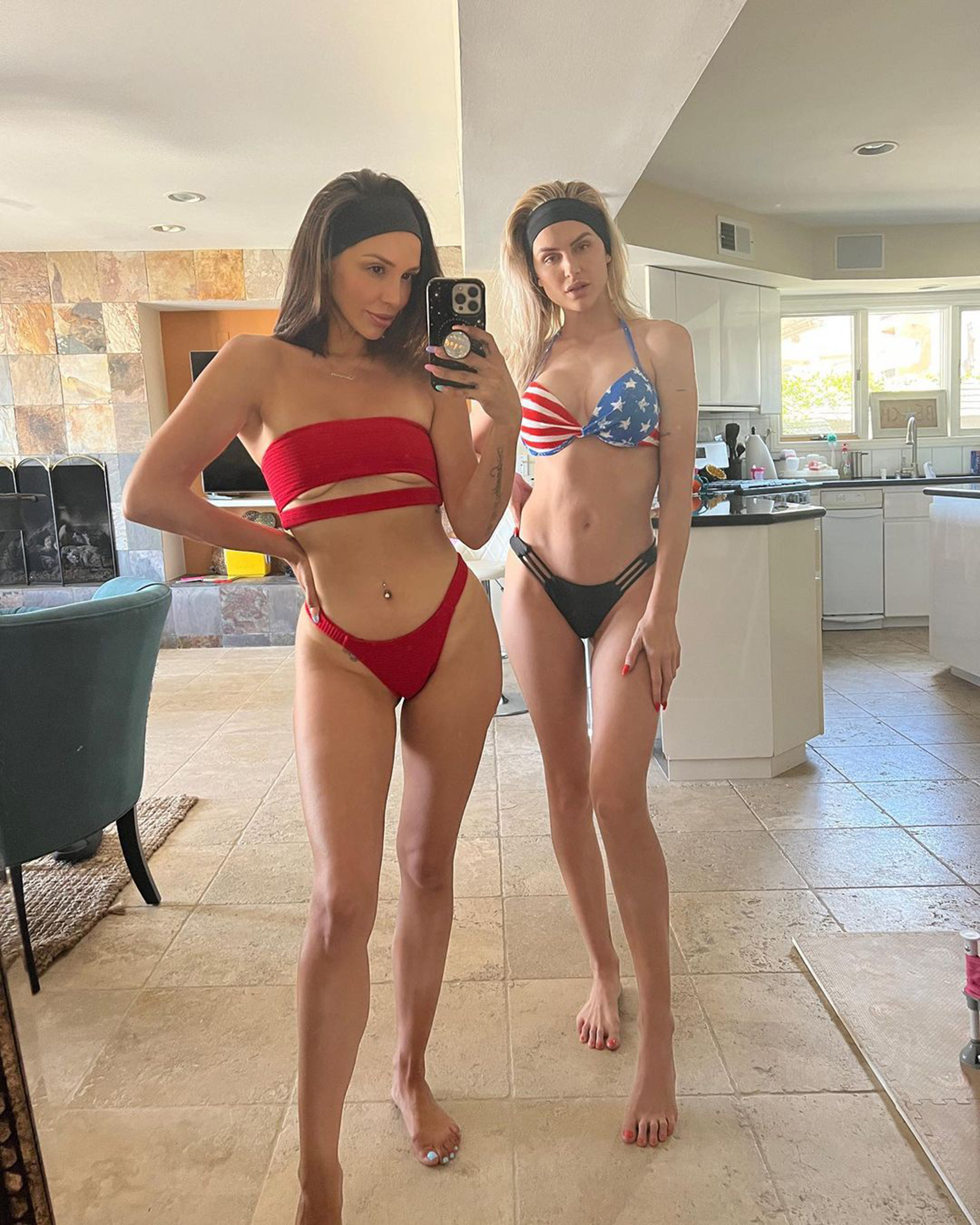 In fact, all three celebrated the Fourth of July together in San Diego, where Shay said Kent “started balling” after hearing a song Brock wrote for his soon-to-be wife.

“I felt so bad,” ME Cosmetics’ first-ever brand ambassador said, explaining that she first thought her friend’s tears were due to Emmett. “I’m like, ‘You’re going to get your prince charming! It’s OK!’” 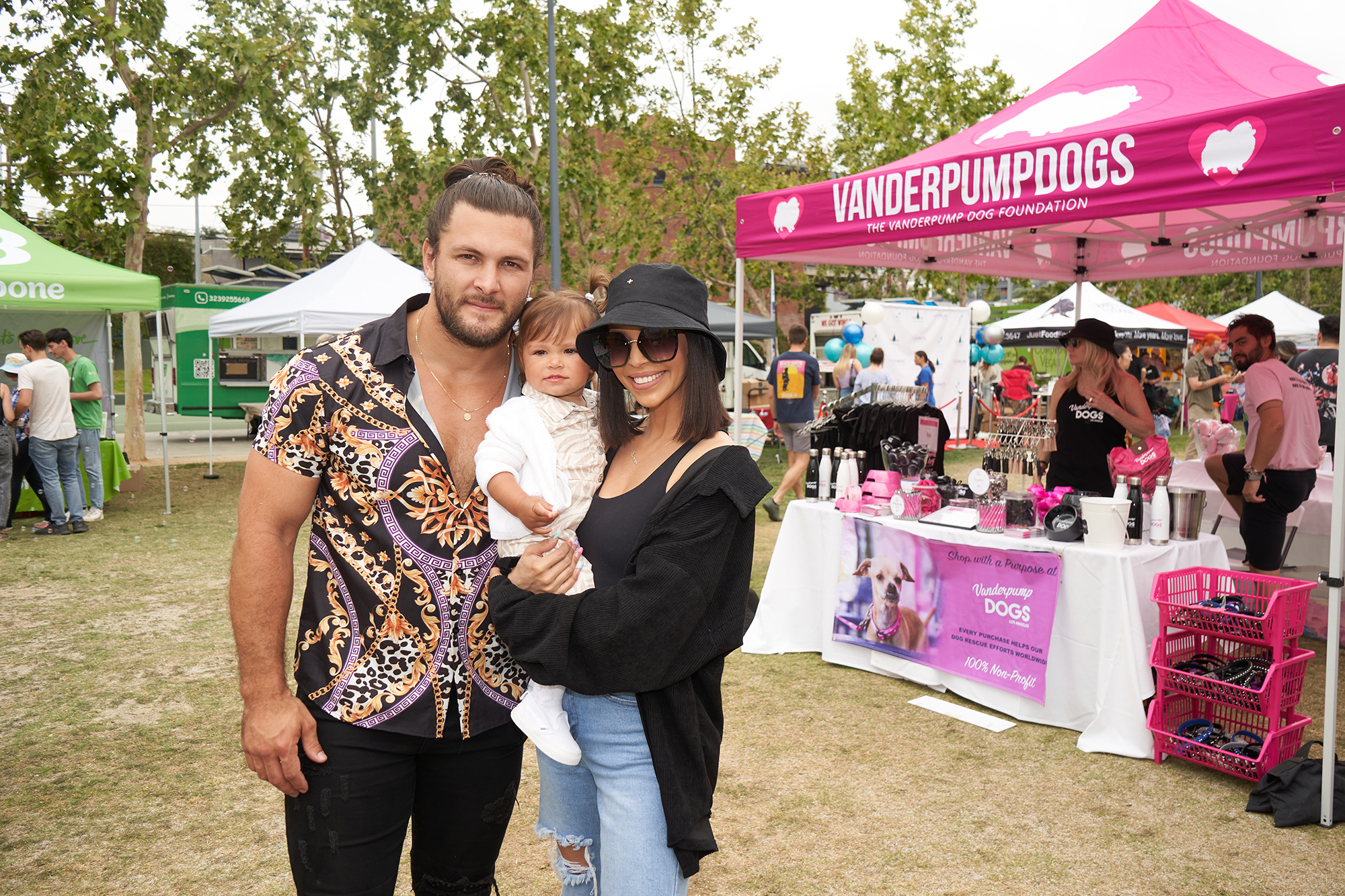 Although filming for Season 10 has yet to begin, Shay is “excited” for viewers to “see what a good person [Davies] is and what a good father” he is to his children.

“I don’t think last year was a good representation of who he actually is as a person,” Shay told us.