SHARRON DAVIES reveals she would ration her own HRT supplies

Every day, since I started taking HRT five years ago, I follow the same simple routine. In the morning, I apply two pumps of oestrogen gel to my thigh followed by a pump in the evening. I get through a couple of bottles of gel a month and I’ve always managed to get hold of it easily from my local pharmacy.

I also take a daily progesterone tablet to protect my uterus.

To discover that the medication I rely on to keep me fit and well is now in severely short supply has come as a shock, and it appals me that there are women already struggling to get hold of their prescriptions.

Thankfully, I’ve got enough Oestrogel – which also helps protect me against a dangerous bone condition – to see me through for another month. I’m hoping by the time I need more, the supply issues will have been resolved.

If there’s any hint that it’s going to take longer than that, then I’ll soon start doing what my friend, who lives in Lancashire, said she’s resorted to doing, and begin rationing my doses. 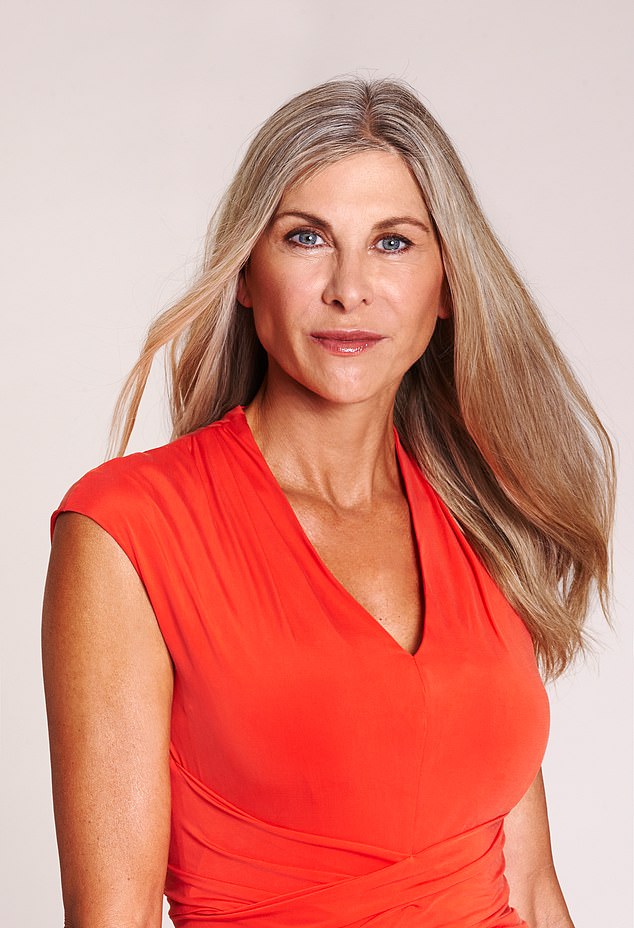 Sharron Davies, above, says that if there’s any hint that it’s going to take longer than a month to resolve the HRT supply shortage, then she’ll soon start doing what her friend said she’s resorted to doing, and begin rationing her doses 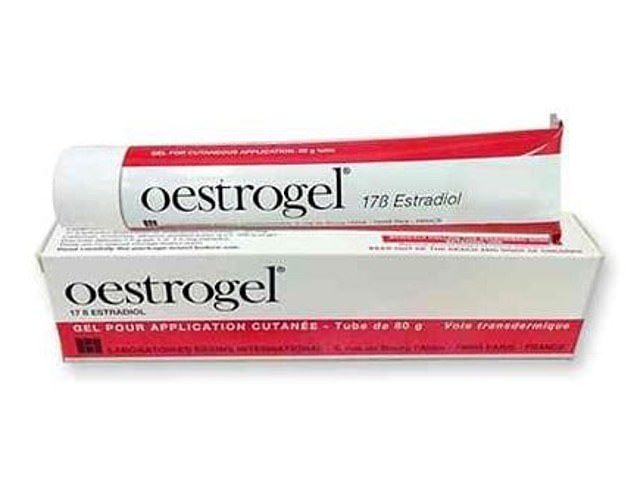 Oestrogel, which is used by around 30,000 women in the UK, has been in short supply lately, leading to a HRT ‘gold rush’ as women race to pharmacies to get their hands on dwindling stock

Taking less will tide me over, but I know I won’t feel myself. On the days I forget to apply the gel, I really feel it. My brain starts to feel foggy and I get tired and generally unsettled. The night sweats return, which means I don’t sleep.

Other women who suffer more than I do will go through hell if they have to eke out their medication or go without – which is why I give my whole-hearted backing to the Mail’s campaign to put this right as soon as possible. In this day and age, for any women to be in a situation where they are having to ration something so crucial to good health is simply outrageous.

The fact that we’re even in this mess – that it didn’t occur to anyone until it’s now too late, and demand has started outstripping supply – is yet another example of how women’s health simply isn’t enough of a priority. We all have someone in our lives – a mother, partner, sister, friend or colleague – who is affected by menopause, so this is not a crisis society can afford to ignore.

On social media, I see people post about the stress of ringing round chemists trying to find one that has had a delivery, and sharing their relief when they get their prescription even part fulfilled. Being able to collect the medicine your doctor has agreed you need should not feel like winning the lottery.

There will be those who argue that previous generations got through the menopause without medical intervention, so why can’t we? But those women suffered. How can anyone want a return to those dark days? We now have the medical knowledge to help women sail through midlife without debilitating symptoms; this is progress that is well worth fighting for. When I started taking HRT it was, for me, a revelation. I only fully appreciated just how much falling oestrogen levels had been impacting my daily life once they started being topped up again.

Within weeks I had more energy; my brain felt sharper; I was sleeping better and the wretched night sweats keeping me awake had stopped. My skin and hair were no longer dry and dull, meaning I even looked better.

There were about 512,000 NHS prescriptions written for ‘female sex hormones and their modulators’ in England in February, the latest official data shows, compared to 265,000 in March 2017. Many of these will be HRT medications but some may include other female hormone drugs such as contraceptives 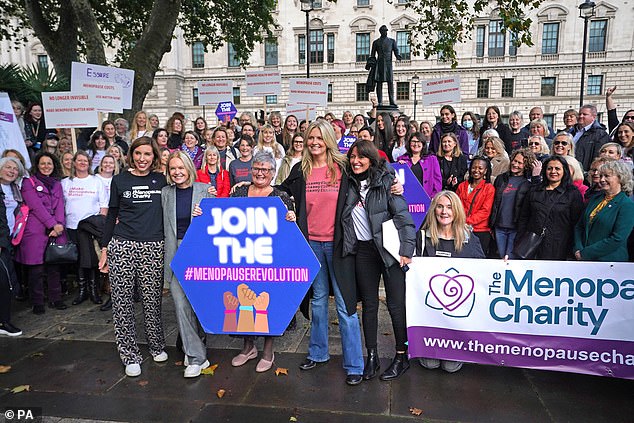 It wasn’t that I felt different. It was more that I felt like my old self again – the woman I had been years earlier.

I was 55 at the time, and only discovered I needed HRT when I returned home from a horse-riding holiday in Arizona with my son, Finlay, now 15, with three broken vertebrae.

I hadn’t fallen off my horse or had any kind of accident. It was simply the act of twisting and turning as I pulled this horse around various obstacles that had damaged my spine.

I came home in pain. An X-ray showed the fractures and after a further scan, I was diagnosed with osteopenia, meaning my bone density was low. The condition is a precursor to the more serious bone thinning condition osteoporosis. I was offered medication – you can take the same medicine prescribed for osteoporosis – but this comes with side-effects such as digestive problems and joint pain.

The other option was HRT, which helps increase bone density. As I was suffering with night sweats it made sense to choose this option.

Let’s just hope the current shortages are fixed soon. Otherwise, women will feel horribly let down – as though, once again, our needs come as an afterthought – at a time in our lives when we deserve easy access to a treatment that helps us enjoy life to the full. It’ll impact our professional lives; we won’t be able to be there in the same way for our families. Everyone suffers.

How does HRT work?

Hormone replacement therapy eases symptoms including brain fog, disturbed sleep and hot flushes by replacing hormones that are at a lower level as women approach the menopause. HRT can come in the form of patches, tablets or gels which are available on prescription through the NHS.

How much does it cost?

A single NHS prescription charge costs £9.35, or £18.70 if a woman needs two types of hormones. This is often provided on a short-term basis, meaning regular payments – once a month, or every three. The Government has pledged to make annual prescriptions available, but this won’t be implemented until next April. Many have now resorted to buying HRT for up to eight times the NHS price online.

Why is there a crisis?

NHS England data shows that prescriptions for HRT have more than doubled in five years following an increase in campaigning and media coverage. Besins Healthcare – which makes Oestrogel, used by 30,000 women in the UK – has expressed ‘regrets’ that ‘extraordinary demand’ has led to shortages. Other products have been affected as women switch to alternatives.

What can be done?

The British Menopause Society has advised women struggling to find Oestrogel to discuss other products with their GP. However, some experts have noted that women are often on a particular HRT regime that is specifically tailored to their needs.

Can the pharmacist help?

If a pharmacy is out of stock, a patient must first be referred back to their GP to be given a prescription for an alternative. The Royal Pharmaceutical Society has called for pharmacists to be able to make minor changes to a prescription to provide a suitable alternative. In addition, patients face a postcode lottery as pharmacies often cannot share stock with each other.

Is it dangerous to swap your HRT medicine?

Medical professionals have warned that sharing or swapping HRT products could lead to ‘serious side effects’ that can be debilitating, not least because different products will have different dosages. Trading with others also could mean accidentally using out-of-date medicine.

When will the crisis end?

Besins has said it is doing ‘everything we can’ to increase supplies to wholesalers and pharmacies across the country. The company said it is on track to meet growing demand in June.

What are ministers doing?

The Health Secretary has appointed an HRT tsar to help tackle the crisis. Madelaine McTernan, the woman responsible for securing Covid vaccines for the UK, will lead efforts to address shortages. Sajid Javid said he will leave ‘no stone unturned’ to make sure women get the HRT they need.