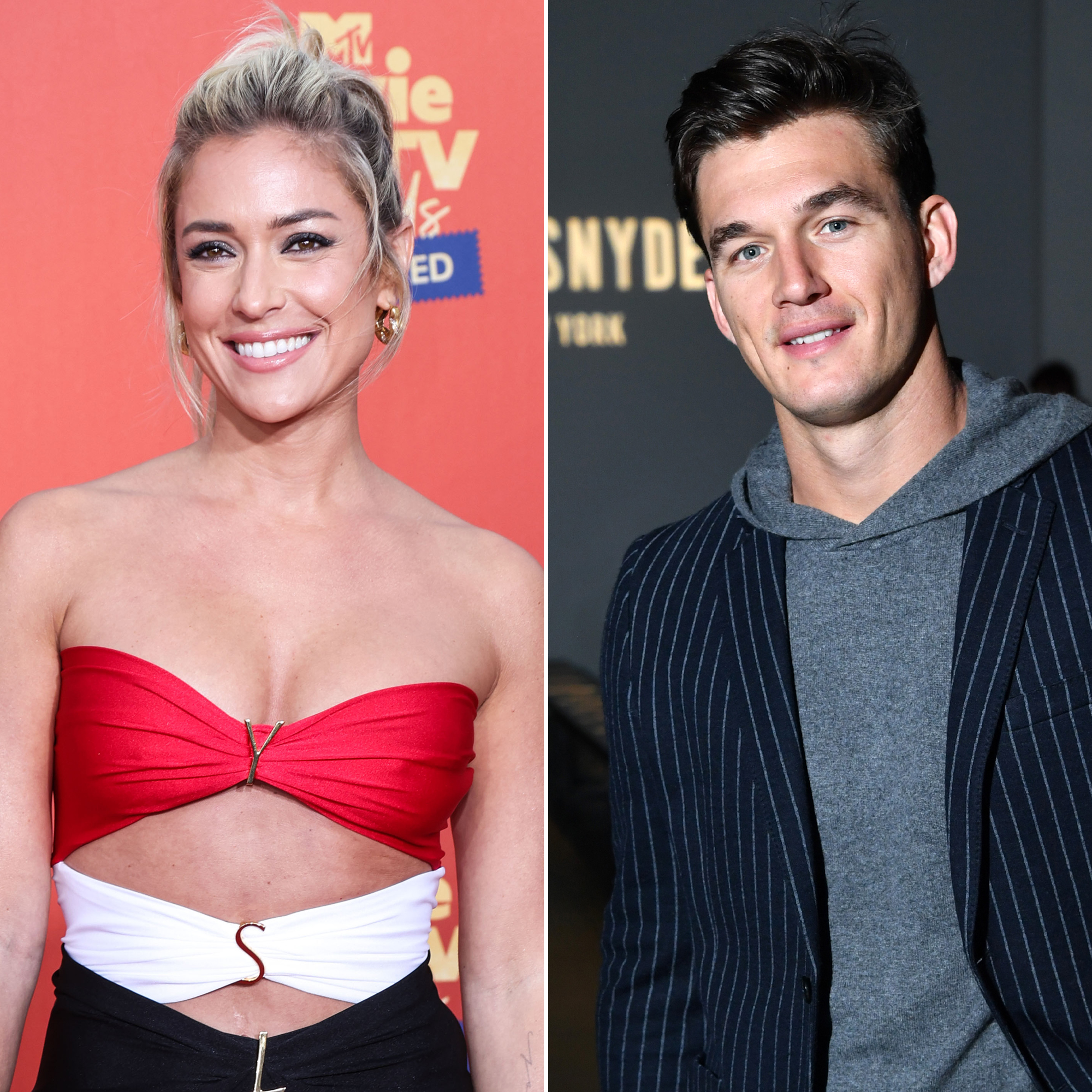 In on the fun! After Kristin Cavallari dropped a steamy wedding-themed Uncommon James campaign video costarring Tyler Cameron, she’s weighing in on how she really feels about their steamy makeout scenes.

Kristin Cavallari Plays Into Tyler Cameron Speculation: What We Know

“When you drop a raunchy campaign video,” the Hills alum, 35, captioned a Friday, July 8, Instagram video via her Uncommon James’ brand page. In the clip, Cavallari sat at a table, with her feet up, as she lip-synched one of Meryl Streep’s classic lines from The Devil Wears Prada.

“And when we get back to New York, we need to contact, um, Leslie to see what she can do to minimize the press,” Streep, 73, initially told Anne Hathaway, who played her assistant, in the 2006 romantic comedy, which the reality TV star replicated in her social media video.

The fashion brand, which Cavallari launched in 2017, teased via their Instagram caption that their phones had been “blowing up” since the steamy video’s release.

The Balancing in Heels author dropped the campaign’s “Untamed” featurette on Thursday, July 7, in which she and the Bachelorette alum, 29, staged a mock romance and eventual wedding ceremony. After the twosome pretended to tie the knot, they couldn’t resist engaging in a bit of PDA.

“Second time’s a charm…😘,” Uncommon James’ Instagram account posted at the time, alongside clips from the commercial, seemingly referring to Cavallari’s previous nuptials to Jay Cutler, whom she split from in April 2020.

Cavallari and Cameron’s Thursday video marks the second time they worked together on behalf of her fashion brand. The Florida native previously served as the love interest in her western-themed advert earlier this year, where they were spotted making out. Despite the hot-and-heavy romance onscreen, the pair continually asserted their relationship was strictly professional. 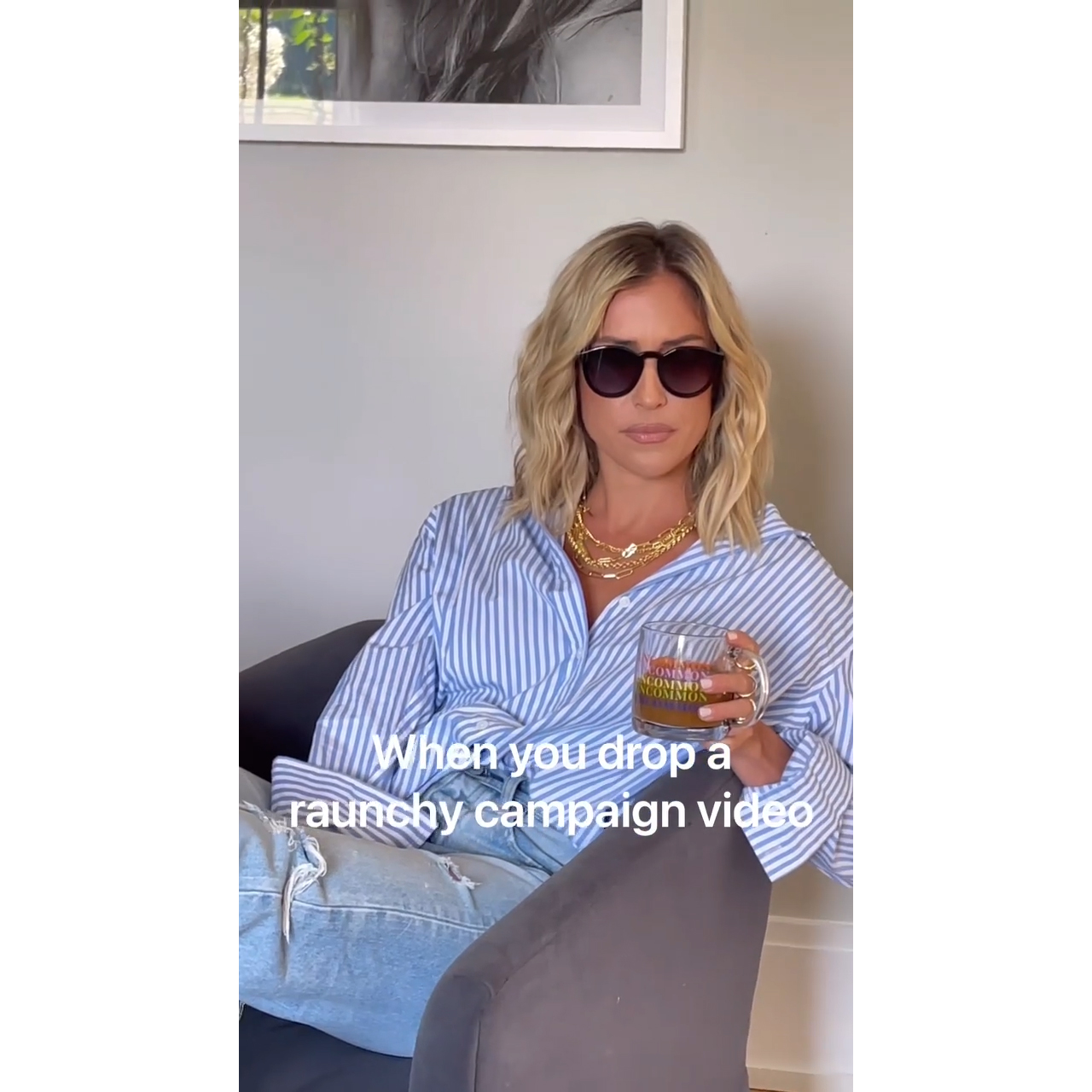 “Tyler is the sweetest human being on the planet, such a great guy, I was so impressed with him [when I hired him for the shoot],” the mother of three — she shares sons Camden, 9, and Jaxon, 8, and daughter Saylor, 6, with the former football player, 39— told Entertainment Tonight in April. “There is nothing going on. Great guy, [but] we are not dating, I promise. If I was, I would not answer the question, put it that way. … Nothing is going on. He was a hired actor, OK?”

The Real Dirty Dancing alum echoed Cavallari’s sentiments, telling E! News later that month, “We had so much fun. The video that we made together is gonna be crazy and exciting and fun to watch. Kristin is just a joy and a pleasure to be around. I love hanging out with her and getting to know her, so it was fantastic.”

While the Laguna Beach alum and Cameron only sparked a romance onscreen, she has briefly been linked to Jeff Dye and Chase Rice amid her divorce from Cutler.

“I’m having fun,” she exclusively told Us Weekly last month about her dating life. “When there’s someone serious enough to talk about, I’ll probably — hopefully — be the first one to post a photo or something, but you know, I’m having fun.”

She continued at the time: “My life feels very full [right now]. I don’t know what will happen in the future, but I’m not out there looking to have more kids. It’d be one thing if I met someone and they didn’t have kids or something, but I feel very happy with my three.”