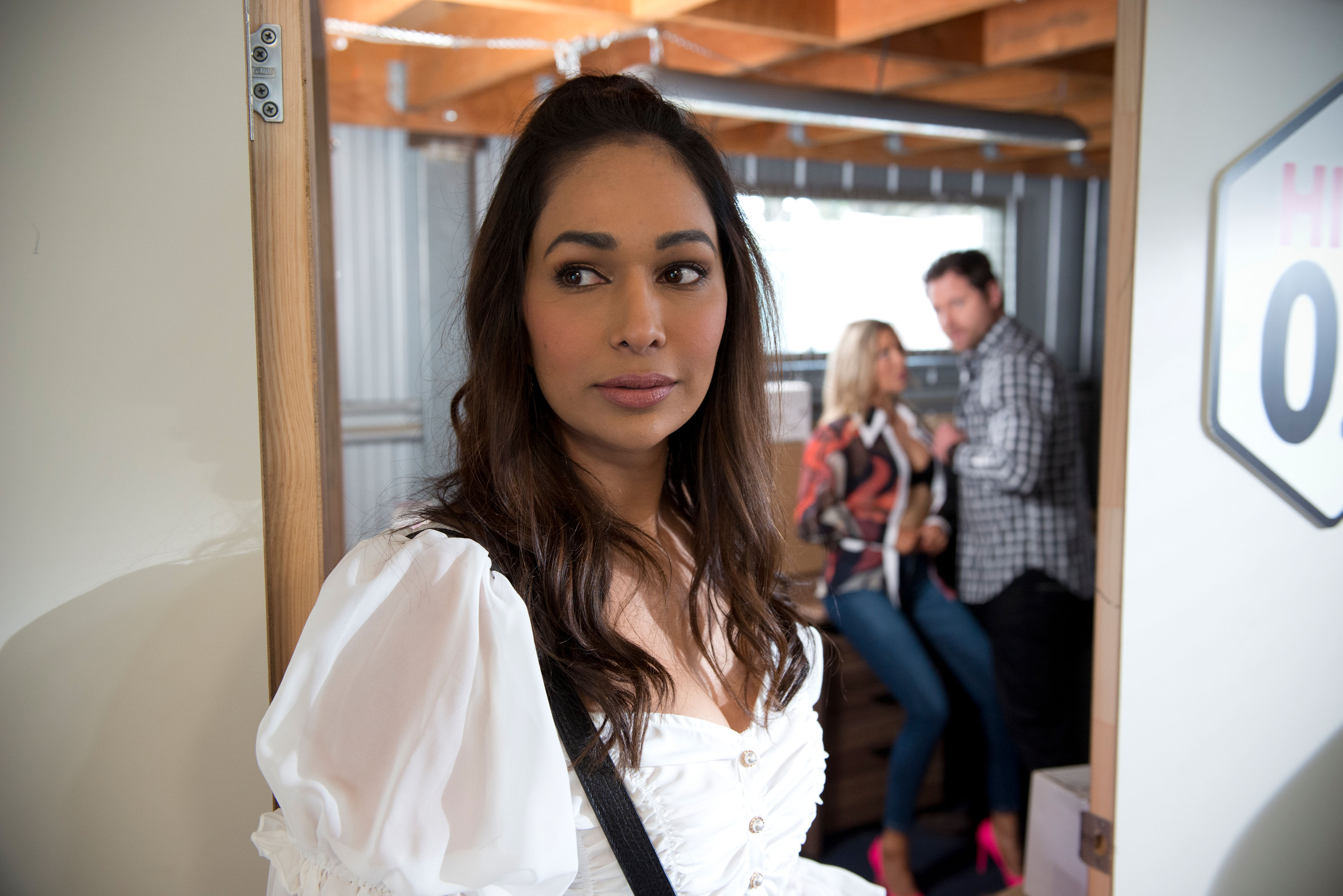 The actress, who portrays Dipi Rebecchi, confirmed the news of her departure on social media.

‘It is with sadness I’ve announced today that I will be leaving @neighbours,’ she said in a lengthy Instagram post.

‘Some of you may have seen this coming but to be honest I put the motions into play over a year ago. A number of reasons brought me to here, however inevitably my ambition for growth has ultimately been the decider.’

Sharon also revealed her excitement for her exciting new chapter, confirming that she is shadowing a Neighbours director in order to ‘tell stories from her perspective.

‘As you might’ve read,’ she continued, ‘I’m already shadow-directing on Neighbours with Tenika and look forward to telling stories from my unique perspective, gaze and experience – whether that be behind the camera, in front of it, in writing or production, I intend to make positive impact.’

‘I am so utterly grateful for the opportunity and “break” this iconic show has given me. A show that has run for 35yrs+ requires no commentary, it speaks for itself. I have learned & grown so much in this time technically, professionally but also mentally as this job is rewarding yet challenging in so many ways.’

‘I value all that I’ve learned. I want to take this opportunity to thank my friends, the crew, writers, make-up, costume, art and pre/post production departments on the show, on screen and off.

‘The producers for choosing me as an actor and supporting this next stage of my career-it’s never really GOODBYE is it?’

Sharon has portrayed Dipi for four years, having made her first appearance in the Channel 5 soap in April 2017.

Dipi was recently at the centre of a huge affair storyline, which saw her cheat on husband Shane (Nicholas Coghlan) with Pierce Greyson (Tim Robards/Don Hany).

She has been attempting to get her marriage back on track in recent months, but Shane’s attraction to Amy Greenwood (Jacinta Stapleton) made that rather difficult.